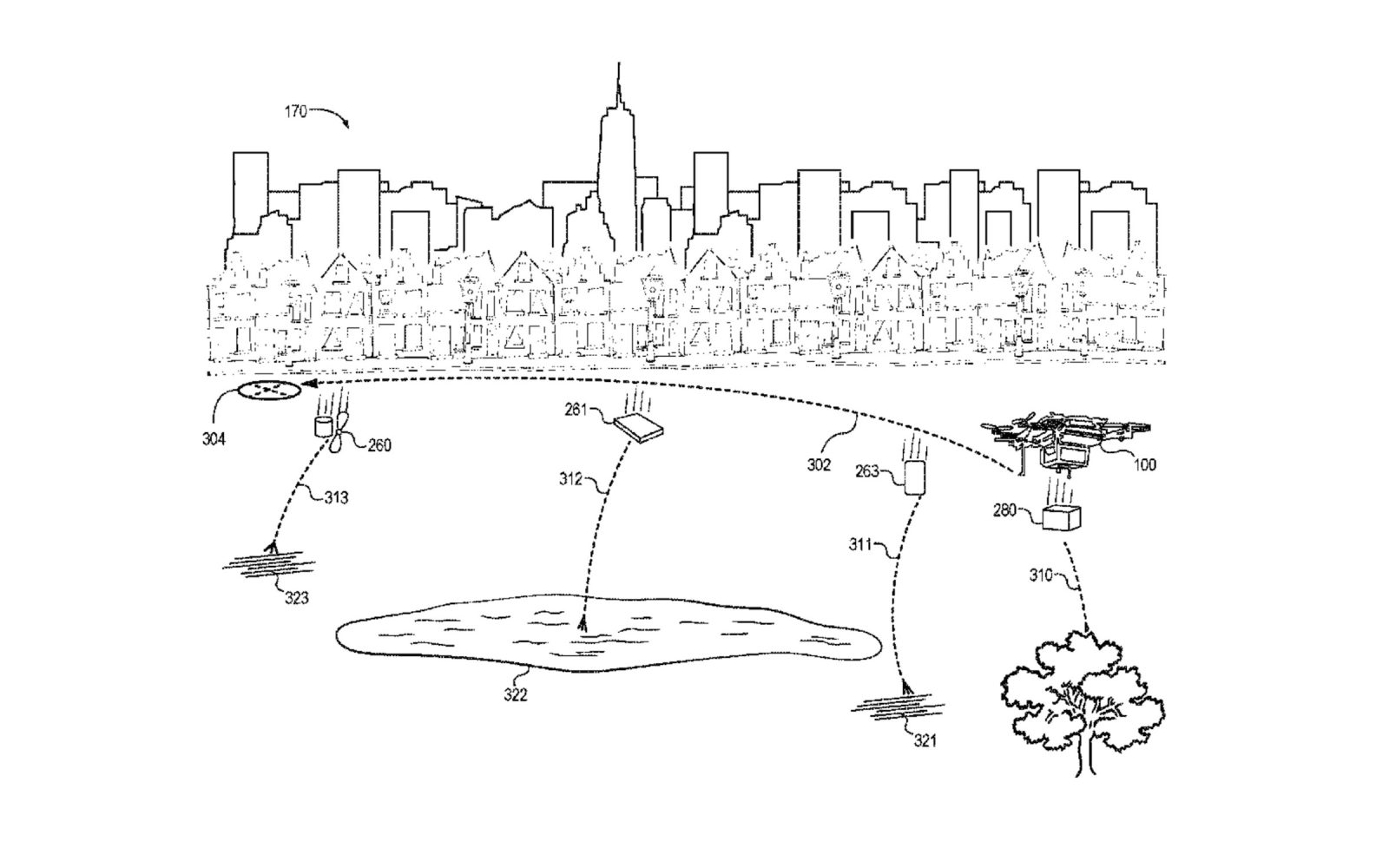 On November 28th, Amazon was granted a patent for the “directed fragmentation of an unmanned aerial vehicle” or a self-destructing delivery drone. Oftentimes patents are simply filed to claim and protect a certain idea. The actual invention may never be developed or built at all. That may apply to this patent filing for a self-destructing delivery drone from Amazon as well.

The idea behind the self-destructing drone is that smaller fragments of a drone falling out of the sky may be safer and lower the risk of property damage and personal injury. Currently, the Federal Aviation Administration does not allow drones to be flown over crowds. It seems that Amazon is trying to come up with a solution to overcome this restriction from the FAA.

The patent explains how in the event of a catastrophic failure of the drone, the onboard fragmentation controller would quickly assess the situation, analyzing the drone’s flight path, wheater conditions, and terrain to determine when and where the drone would dismantle, before the actual start of the controlled fragmentation sequence. An illustration in the patent shows a drone coming apart and dropping bits and pieces on empty pieces fo land before safely crashing into a tree. Of course in a real-world scenario, you may wonder if there is enough time and control over the drone to execute such a perfectly safe crash.

In Amazon’s patent it reads:

Amazon is known for quickly starting up and trying out new ideas to see what works and what doesn’t. The patent for a self-destructing delivery drone seems to be one of them and it remains to be seen if Amazon will actually follow through with.