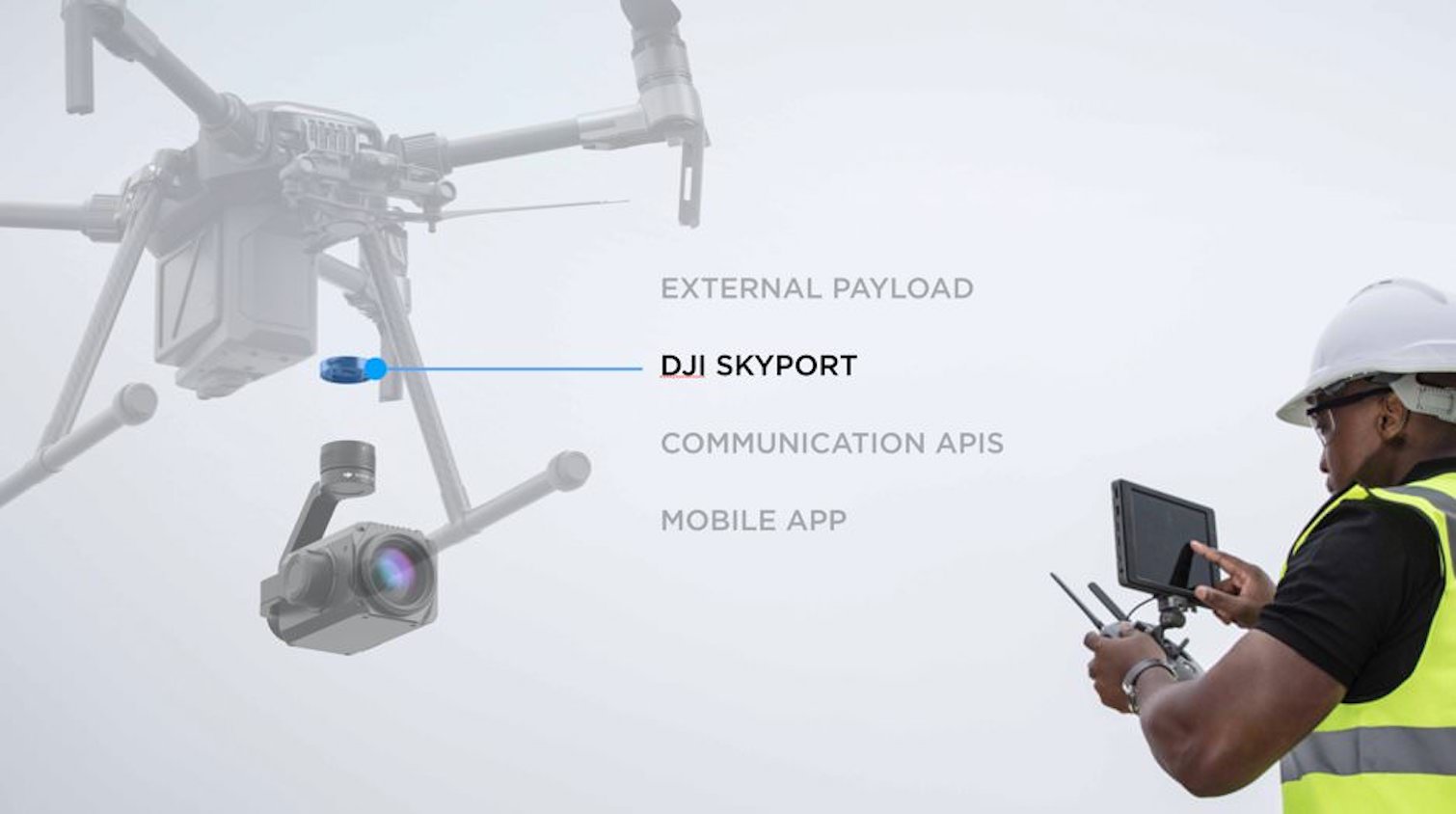 After having introduced the DJI Zenmuse XT2 at the Menlo Park Fire headquarters in California, the Chinese drone maker announced that they will open up their commercial drone platform (Matrice 200 Series) with a SDK and SkyPort adapter.

DJI SDK and Skyport – the future of drone customization

With the new SDK and DJI Skyport adapter third party cameras and other sensors and playloads like air-to-ground communication tools can be mounted and integrated directly into the DJI Matrice 200 Series drones. DJI has created an open platform on which any developer can create their own drone solution for their specific application or industry need.

“Our new Payload SDK makes it possible for any manufacturer to create a payload specific to their customers’ needs that will work seamlessly with DJI’s aircraft. We believe these two advances will not only strengthen DJI’s leadership in the commercial drone industry, but will also provide a powerful, flexible and standardized platform which customers from different industries can build upon,” said Jan Gasparic, Head of Enterprise Partnerships at DJI.

With the introduction of the DJI Skyport, a gimbal port adapter, the Chinese drone maker is reducing several layers of complexity. With the adapter, circuit board and access to API’s, an external sensor or payload can be fully integrated and controlled as if it were a DJI product. It will also directly connect to the DJI power supply. The SDK allows the information that is collected to be viewed and used in real-time by the drone operator.

From the DJI press release:

“At SLANTRANGE, our mission is to deliver valuable new information to farmers and agronomists that will enable them to produce more with less through novel applications of airborne remote sensing and analytics,” said Michael Ritter, CEO at SLANTRANGE. “Until now, we’ve had to attach our sensors to DJI drones with external power cables or batteries, which added complexity and more importantly, increased weight that reduced flight time. The user also had no in-flight sensor information. With DJI’s new Payload SDK and Skyport, our just-announced 3PX provides customers with a ready-to-fly sensor and a complete understanding of its status directly on the drone’s flight control screen. Combined with our patented technology for aerial crop measurement, this ensures that every flight produces accurate and trusted data. For the end user, that means easier, more streamlined workflows and substantially lower operational costs.”

For more information on the Payload SDK and DJI’s full suite of developer solutions, visit: developer.dji.com/payload-sdk.