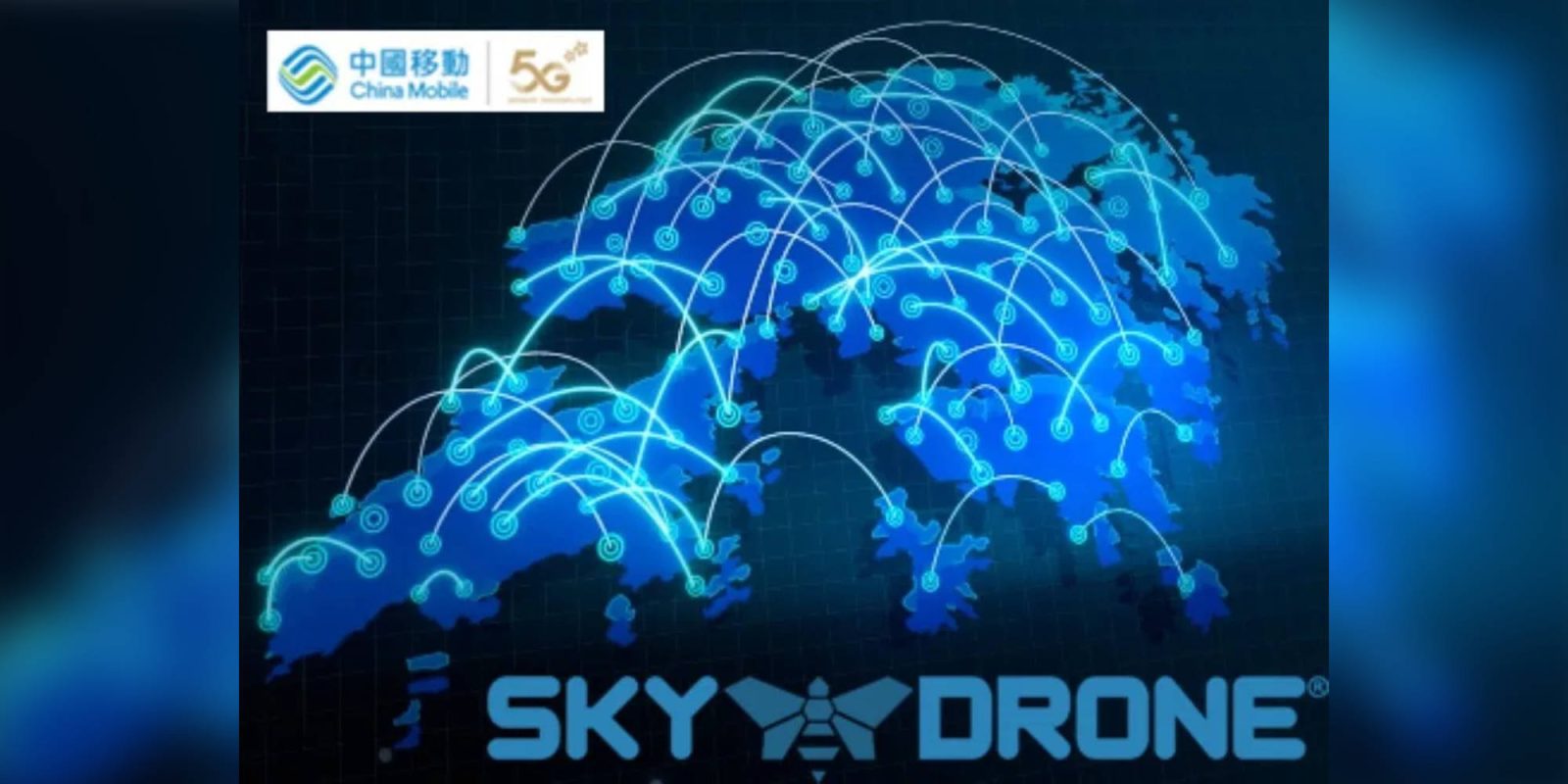 Sky Drone and China Mobile HK have partnered to explore the advantages 5G can have on drone networks by signing a memorandum of understanding earlier this week.

China Mobile HK (CMHK) has already set up up a 5G innovation center that is supporting industries transferring from 4G to 5G as smoothly as possible. The company’s regional laboratory is working with Sky Drones to help with the transfer within the world of drones.

Sky Drones produces 4G/LTE systems that allow drones to always have a connection while in the air. Keeping drones connected while flying long missions is important to ensure the drones stay safe and keep out of the way of other aircraft. The always-connected status of the drone also means data can constantly be sent to the cloud as it’s recorded, allowing for faster turnaround times and removing the chance of the drones going down with the data.

Sky Drones currently has three products, the FPV 3 which is a low latency HD video and control system that uses 4G/LTE networks to always remain connected to the ground station. The Link 3 is a 4K Ultra-HD video transmitter that can be used with any camera that has an HDMI connector with no range limits. Sky Drone also makes a 4G/LTE upgrade kit for the Yuneec H520 drone that turns it into an always-connected drone.

The two companies together have been promoting the use of 5G to government agencies and companies that are using drones autonomously in the following industries:, infrastructure monitoring, surveillance, cargo, and delivery. The Hong Kong government heavily subsidizes 5G developments creating a higher demand for the new tech to be produced and implemented as fast as possible.

“5G is a game-changer in the world of connected drones. Our record breaking low latency with 4G connected drones will be lifted to a new level by using 5G. Coupled with higher bandwidth and a virtually unlimited range, truly autonomous drones are at the brink of mass market adoption.”