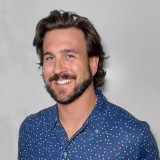 A new flying car prototype with autonomous capabilities has been unveiled by XPeng Huitian, a division of XPeng Motors in China. The X2, as its being called, is the fifth-generation flying car from XPeng, and according to the company’s Chairman and CEO, “marks another step closer to a more widely available and safe flying car.”