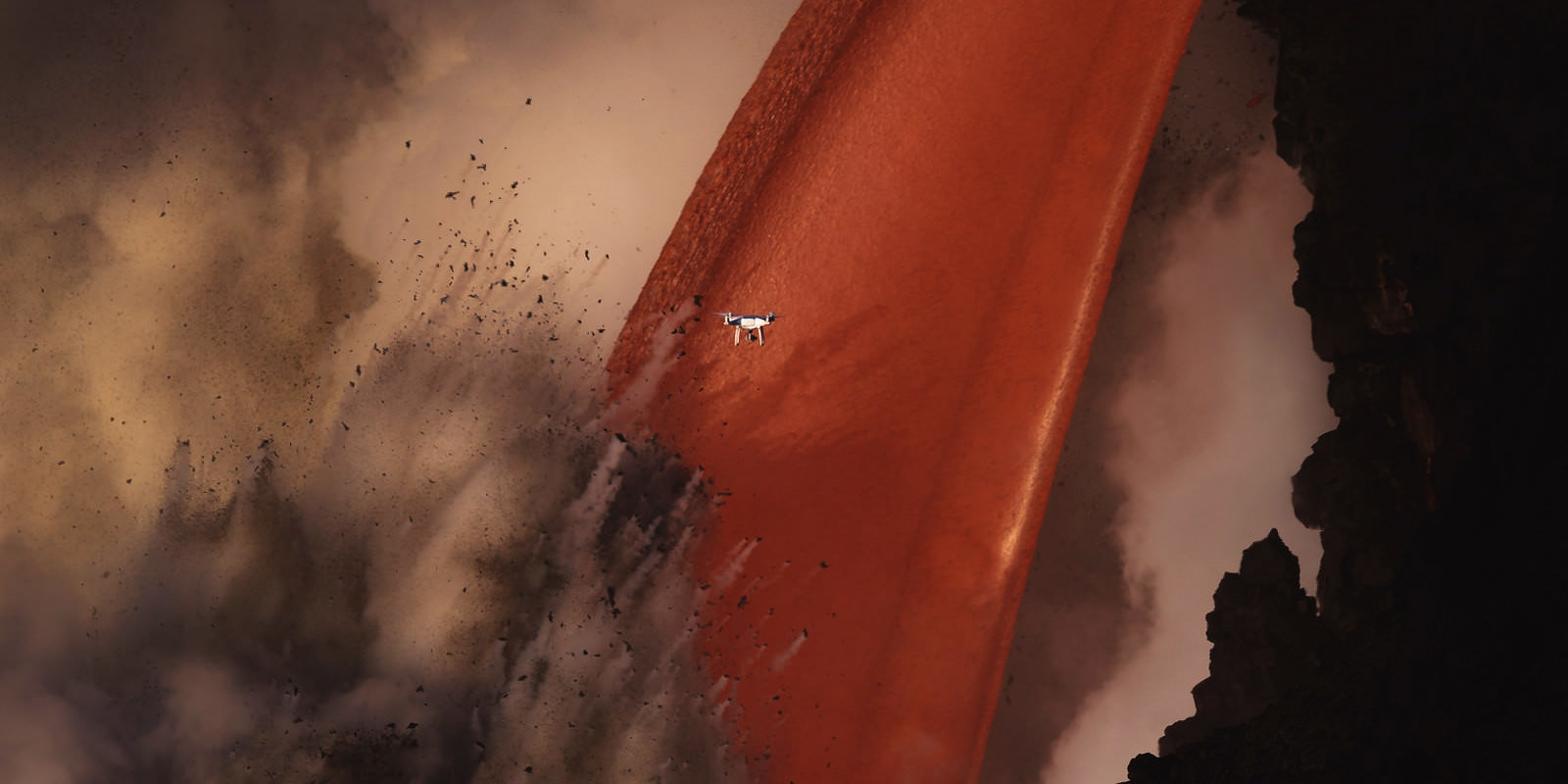 Shot this photo of some random person illegally flying their drone near a fire hose in Hawaii Volcanoes National Park. As frustrating as it was that they were flying, I wanted to share this photo with the drone in it as I feel like it helps give a little bit of scale to just how massive the spout and explosions are. Please remember that in most situations it’s still illegal to fly a drone in National Parks

Interestingly though the day after Andrew took his photo, this video clip emerged on Instagram… Was that footage taken with the same (Phantom) drone that we see in Andrew’s photo?

What do you think? Please let us know in the comments below.

A post shared by BEAUTIFUL DESTINATIONS (@beautifuldestinations) on May 1, 2017 at 7:47pm PDT

Btw – DroneDJ does not support any illegal activity with drones, nor do we want to be seen as encouraging any dangerous, illegal or plain stupid activities with (or without) drones.