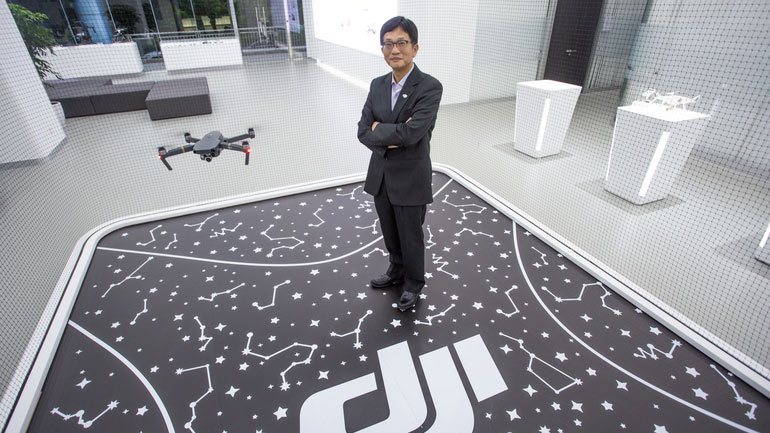 Effective immediately, Roger Luo has been appointed as the President of DJI, the world’s leader in civilian drones and aerial imaging technology. For the last two years, Mr. Luo had been the Vice President of Operations, where he has overseen logistics, production, and procurement. In his new role as President of the company, Mr. Luo will be responsible for day-to-day operations and growing DJI’s business internationally, especially in markets that have shown a significant increase in demand for unmanned aerial vehicles (drones) and camera applications.

In previous roles, Mr. Luo has built up extensive experience in software and hardware engineering as well as product management roles for companies such as Siemens, Foxconn, and Apple. In other positions for InnoLux and BenQ, Mr. Luo had been responsible for product management, procurement, sales, and after-sales as well as global marketing strategy.  Mr. Luo holds a Bachelor’s Degree in Engineering from National Taiwan University and a Master’s Degree in Computer Engineering from Santa Clara University, California.

After his appointment was announced, Mr. Luo commented:

“DJI is a fast-growing high-tech company and this is a very exciting time for the industry. I look forward to working with the talented team at this company and, together to explore and maximize the creative possibilities of our technology.”

“DJI now has over 11,000 staff worldwide, with offices in 17 cities around the world. As we continue to expand our global footprint, we need to strengthen our management in the area of operations. The move will also enable us to gain a deeper understanding of our growing customer base and build stronger relationships with our dealers and partners. Roger has stood out in his executive management skills and holds a track record in operational excellence. Since joining DJI in 2015, Roger’s leadership has improved the overall capabilities of DJI to lead the aerial imaging industry,”

Mr. Wang will continue to oversee DJI’s product development to boost the potential of the full range of commercial, governmental, scientific, artistic, research and recreational applications.

We wish Mr. Luo success in his new role as the President of DJI.