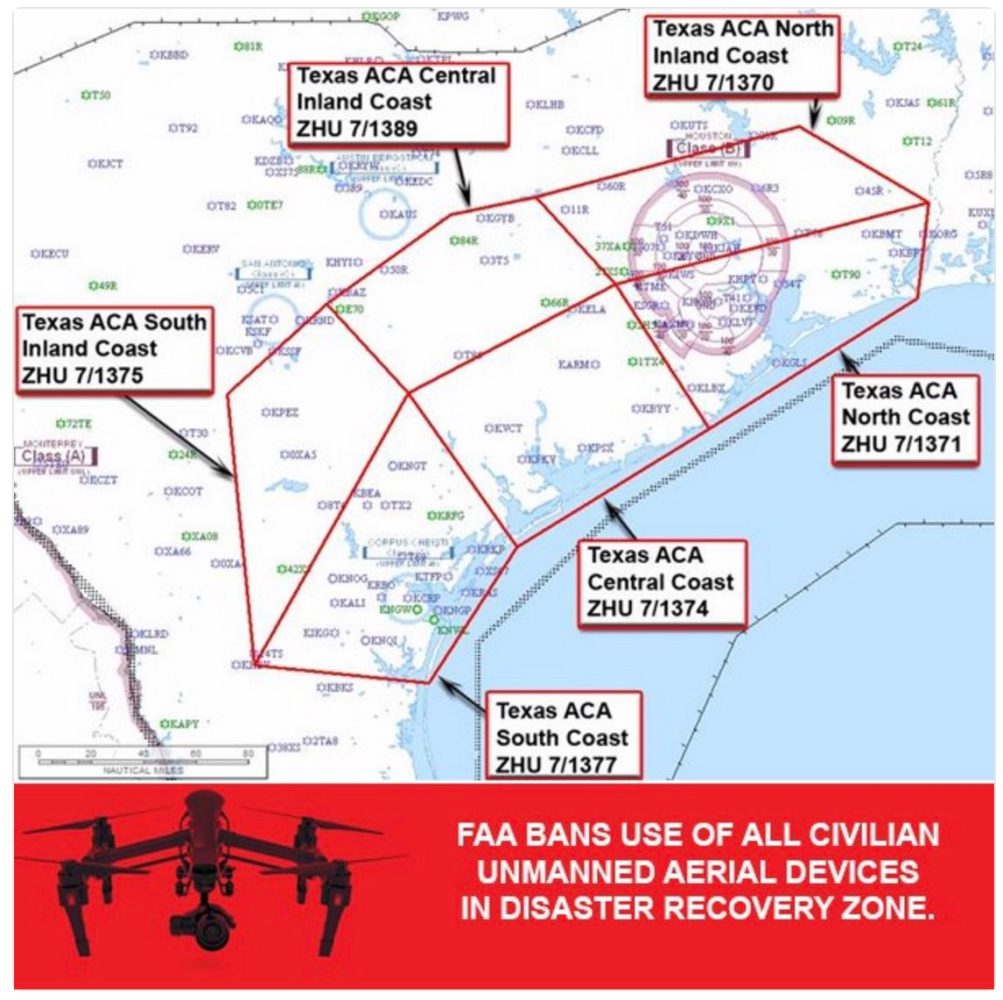 Both the FAA and the Texas Military Department warn amateur drone pilots against flying drones over Hurricane Harvey rescue areas. They should not interfere with the work of emergency responders and rescue operations. This warning was sent out already on Friday by email and was also posted on the FAA website.

Unauthorized drone operators that they may be subject to significant fines if they interfere with emergency response operations. Flying a drone without authorization in or near the disaster area may violate federal, state, or local laws and ordinances, even if a Temporary Flight Restriction (TFR) is not in place. Allow first responders to save lives and property without interference.

Separately the Texas Military Department issued a warning on Twitter claiming that the FAA “bans” use of all civilian unmanned aerial devices in disaster recovery zone.

Interestingly the same “ban” cannot be found on the FAA website or the FAA Twitter account, although the FAA clearly advises against interfering with rescue operations.

Drones can be very helpful in providing visual information during rescue operations. They can help in locating stranded people and to establish an overview of the in this case flooded area. However, this can be best left to trained professionals and other official drone operators. For regular amateur drone users, flying in disaster areas and possibly interfering with rescue operators is not advisable.

Despite all these warnings, the first drone videos have already surfaced (no pun intended) online.

And here on the Weather Channel: Where do you stand? Do you think that the FAA should enforce a ban on flying drones in disaster rescue areas? Or do you think that amateur drone footage may actually be useful information to have both for rescue efforts as well as damage assessment? Please let us know what you think in the comments below.