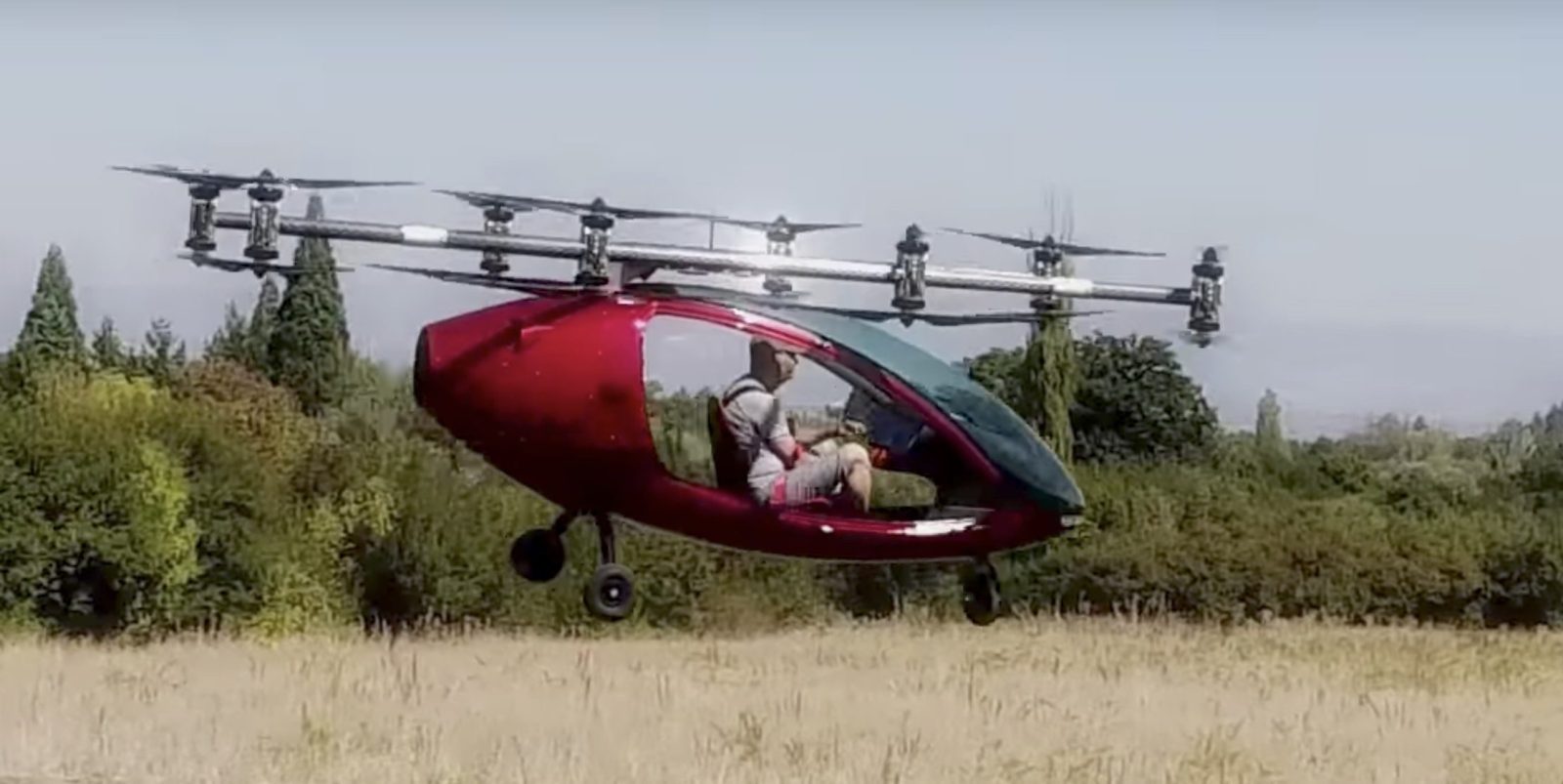 The advent of both the drone industry and electric passenger cars are culminating into drones capable of transporting people or more accurately described as vertical take-off and landing (VTOL) electric aircraft.

A new startup came out of stealth mode today to launch their own entry in this new burgeoning passenger drone industry.

Over the last three years, Passenger Drone has been working on its own electric and autonomous manned aerial vehicle.

They have a working prototype since May 2017 and they completed their first successful manned flight in July 2017.

After testing with “different simulated payload weights, simulated engine failures, and different control modes”, they are now ready to step out of stealth mode and unveil their prototype (see videos below).

Here is the vehicle they are unveiling today:

The aircraft is equipped with 16 electric engines and the structure is composed of “lightweight and strong carbon fiber composites.”

Passenger Drone also designed the avionics, stability systems and electrical control systems all connected with fiber optics in order to increase safety and reliability. They say that there’s no traditional wire in the car aside from the main power cables.

The reliability of the system is also built around autonomous flight.

Even though learning how to fly is more complicated than learning how to drive, autonomy is expected to be more easily achievable in the air than on the ground due to the reduced number of obstacles.

Therefore, this new sector of electric VTOL Manned Aerial Vehicles is betting on the technology.

They are also testing manned flights. Here’s their first test flight made in July:

Passenger Drone sees an opportunity to help solve traffic problems with an air taxi service to emerge from the development of those vehicles:

The social and economic benefits of such a vehicle are numerous. In cities around the world, traffic congestion costs commuters millions of hours every year and billions of dollars in lost productivity. The average travel time to work in the United States is 25.4 minutes, representing almost an hour every day, and just under two weeks annually. In 2016, the total cost of congestion to all drivers in the U.S. was $300 billion (including environmental costs), and that total is expected to rise by 50 percent over the next fifteen years. In many global megacities, the situation is far worse.

The company is not elaborating on its commercialization plans just yet, but they will unveil more at CES 2017 in January.

As previously mentioned, Passenger Drone joins a burgeoning industry with other entrants, like Lilium, which showed a maiden flight of the world’s first working prototype of an electric VTOL jet earlier this year, and other startups, like Google co-founder and Alphabet CEO Larry Page’s VTOL electric aircraft projects.

Fred is the Editor in Chief and Main Writer at Electrek. He sometimes contributes to DroneDJ.

You can send tips on Twitter (DMs open) or via email: fred@9to5mac.com