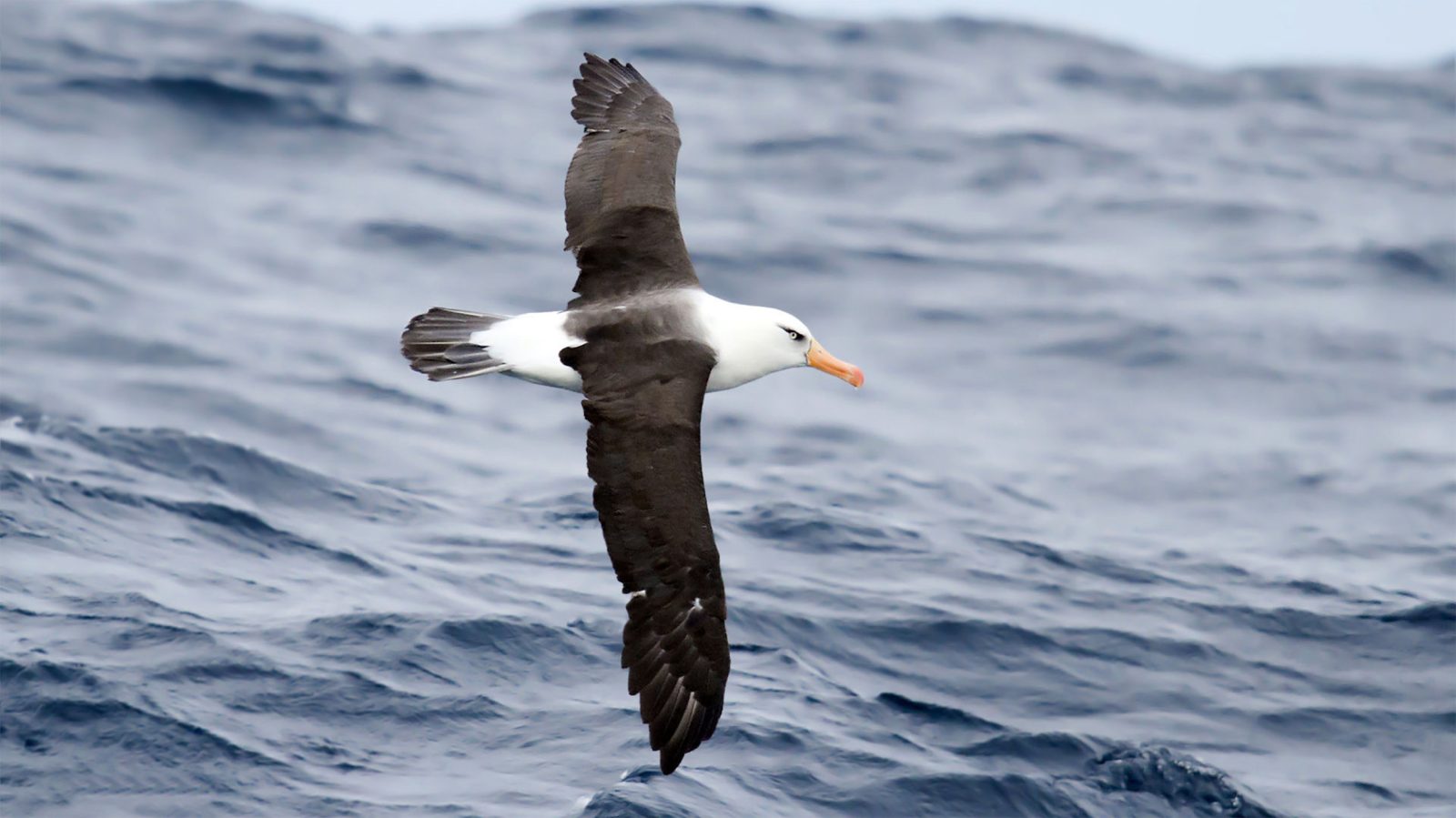 Abdessattar Abdelkefi, an aerospace engineer, and his team at New Mexico State University stumbled upon the explanation as to why the wings of an albatross (and other large soaring birds) are black on top and white underneath. In the past, the color difference was explained as camouflage, a way for the bird to disappear in its surrounding when nesting on a rock for instance. Thanks to Abdelkefi, we now know better.

Abdelkefi and his team were working on a better drone design when they discovered that a black surface on the top of a wing absorbs sunlight very effectively. This, in turn, results in the top surface being 10 degrees Celsius warmer than the lower surface, the lighter colored one. The temperature difference lowers the air pressure on the upper surface, which lowers the drag of the wing and generates extra lift. For large soaring birds this results in a significant advantage during long endurance migrations.

According to Svana Rogalla at the University of Ghent, Belgium, thermography has proved that the dark upper wing gets hotter in sunlight, but it is too early to pin down its effect on drag. The impact of color on flight could be a further inducement for birds to make costly melanin pigment to darken feathers, she says.

No official word yet though on whether the difference in color for the wings works as effectively on quadcopters as it would on fixed-wing unmanned aerial vehicles.