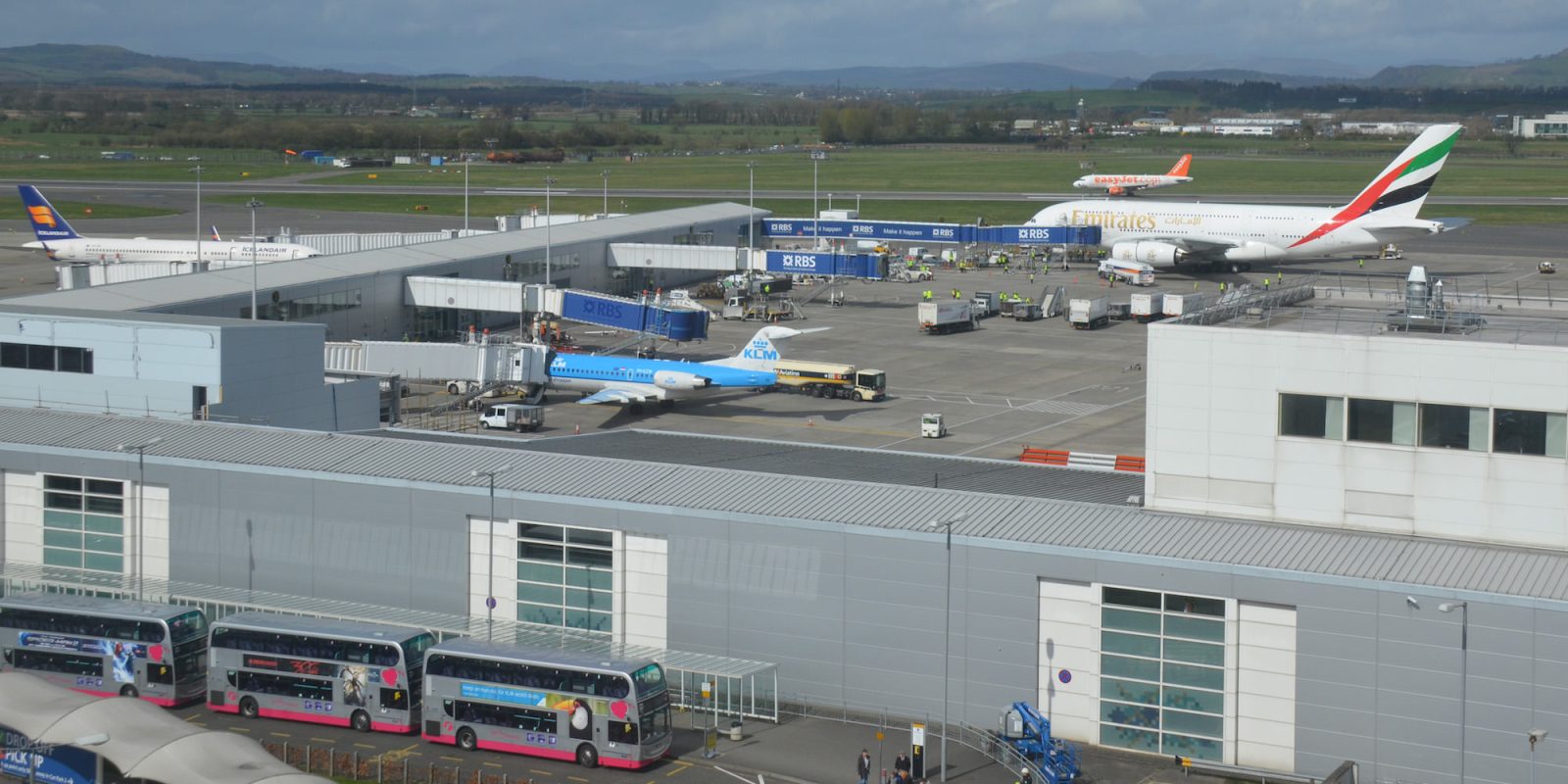 Shortly after taking off from the Glasgow Airport in Scotland, the pilot of the Bombardier Dash 8 airplane, noticed a small flying object moving towards his plane. As the pilot was gaining altitude, the pilot reported that there was no time to avoid it. The incident report says that there was a ‘high’ risk of a collision between the drone and the airplane. According to a report from the Airpox board, the drone was only one hundred feet away from the airplane vertically and 45 feet away horizontally. The near-miss in Glasgow is the latest addition to our drone incident series.

Another near-miss between a drone and an airplane

Metro reports, that the report says that as the pilot took off he noticed

“a small black object moving towards the aircraft. As it got closer he could see it was a drone; it was black and had an object or device attached below.”

In the time frame of about three seconds, there was no opportunity to take any avoiding action. The drone was being flown too close to the airport and as such was a hazard for any manned aircraft landing of taking off. There have been many near misses and other drone incidents both in the U.K. and internationally. In the same article, Metro refers to another drone incident at Edinburgh Airport in May, when a pilot was forced to take evasive action after a drone came within 60 feet of his aircraft.

In November the U.K. government announced new legislation to be introduced early next to clamp down on illegal drone usage. Better drone pilot training, as well as improved geo-fencing, are likely to be part of the actions to be taken by the U.K. DJI, recently announced improved 3D geo-fencing around airports and introduced the DJI Knowledge Quiz as part of their effort to better educate hobbyist drone pilots and reduce the risk of drone incident and near-misses. The U.K. police will also receive more power to identify drone pilots and ground or seize drones that are forming a risk.