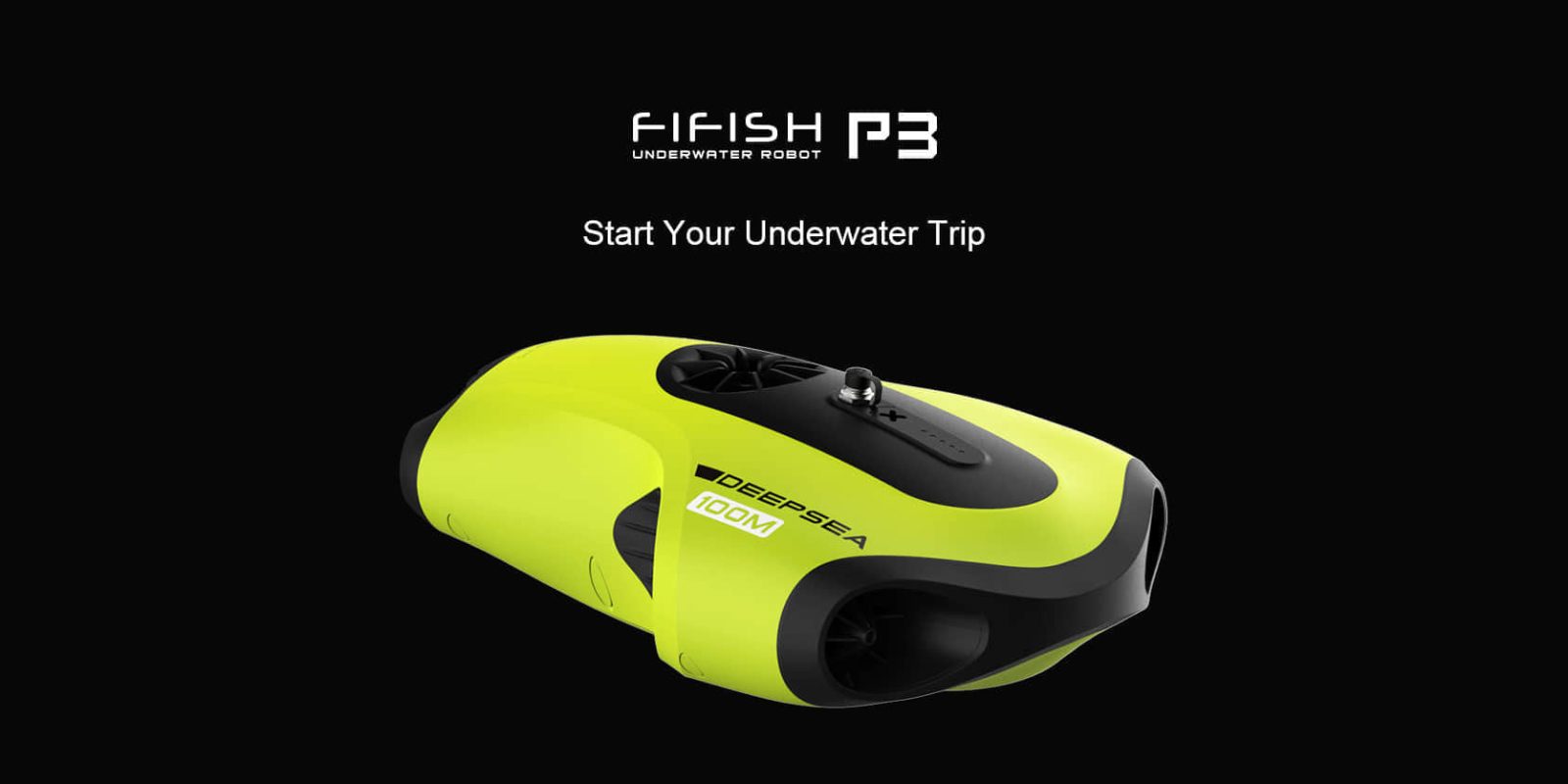 The FIFISH P3 Underwater Drone was officially teased at CES 2018 ahead of its launch later this month on Indiegogo. With a unique design and consumer-friendly controls, this Mavic for the sea is made to capture all of the action below the surface. It has bright colors on the outside and an incredible amount of tech that enables capture of 4K footage and 20MP still images.

While its features are certainly professional-grade, the controls and design are decidedly not intimidating. In fact, it looks much like the controls we’ve come to know from DJI and Parrot, with dual joysticks and a place to secure your iPhone.

FIFISH P3 has a physical footprint of around 20- x 10-inches, which makes it easy to bring along on trips and adventures. It’s powered by three built-in thrusters and features an “underwater suspension” system that supposedly eliminates any bumps in your footage.

The P3 can handle depths up to 100m with a maximum cruising speed of around 1.5m/s. While that may not feel particularly fast, the trade-off is a 2-hour battery life that puts aerial alternatives to shame.

The integrated lens system works in tandem with a 20MP 1/2.3-inch sensor, capable of capturing 4K video and streaming in 1080p at 30fps. Footage can be stored in full 4K at 30fps, however. P3 has a wide field of view, able to take in 160-degrees of footage in a similar fashion as GoPro cameras. Going for a wider FOV will make it easier to grab the action underwater, which may be a concern for beginners.

The aforementioned controller has a familiar layout for drone pilots, with two joysticks and an iPhone/Android mount capable of handling devices up to 7.9-inches. Six levels of sensitivity help pilots customize their experience as needed. Underwater drones are still an emerging category, and the P3 looks set to be at the forefront if it can deliver on its promises.

QYSEA is set to officially launch its new P3 on Indiegogo at the end of January. Early bird pricing will be set at $3,000, but the final retail MSRP is expected to be more in the $3,500 range.

FIFISH P3 is an amazing underwater drone that allows incredible underwater exploration, photography and video, at a truly professional level.

Equipped with FIFISH APP, FIFISH P3 allows users to watch the epic moments in real-time. It can also beautify videos or pictures as you wish. With the click of a button, FIFISH apps allow you to instantly share stunning underwater moments to all social media platforms such as Facebook, Youtube, Instagram, WeChat.

FIFISH P3 live broadcasted an underwater shooting of the Maldives at CES 2018 and it proved to be of surprisingly high quality. It is well known water quality, water brightness and water depth will affect the quality of photography or videography. The FIFISH P3’s amazing live broadcast revealed its impressive performance to viewers. In addition to underwater shooting, FIFISH P3 includes a myriad of applications such as search and rescue, archaeology, dam detection, hydrological monitoring, aquarium project, tourism projects, underwater route survey, commercial photography etc. All of them have proven to be great successes.

FIFISH has a vision of launching a new era of ocean exploration with innovative technology and intends to build an internet marine science and technology museum. Although met with many obstacles, all were overcome with enthusiasm and a firm belief in striving for a better marine life!

At the end of January, FIFISH P3 will be launched on Indiegogo. To learn more about the FIFISH P3 please visit the homepage: https://www.qysea.com/product.html