You can tell when a drone is snooping on you, if you’re an Israeli techie 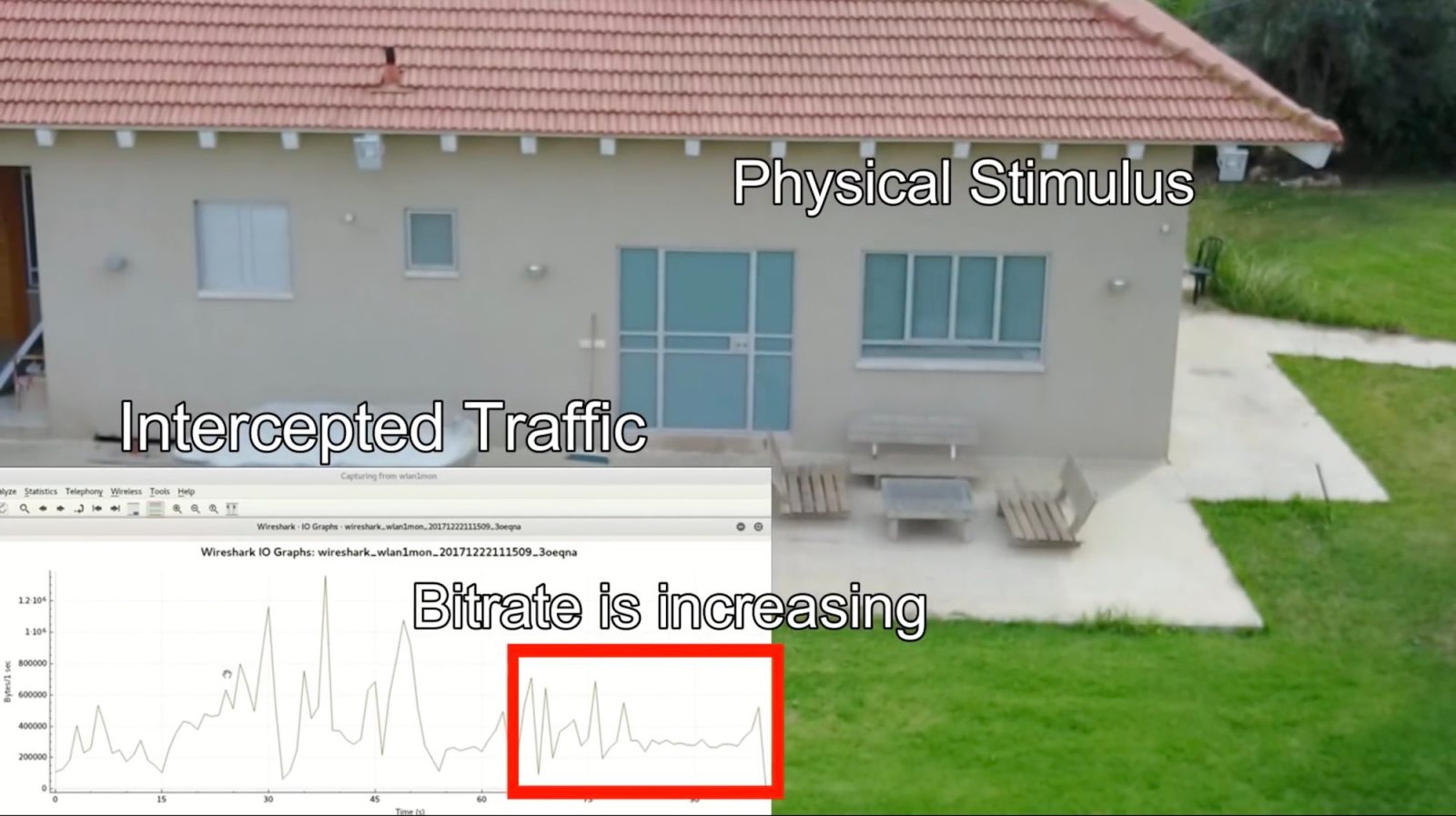 If a drone is flying around your house and you are wondering whether it is secretly recording you, there is actually a way to find out. Even if the data is encrypted. Israeli researchers from the Ben-Gurion University of the Negev and the Weizmann Institute of Science explain how this works.

Is the drone recording me? Fluctuations in the bitrate will tell

As it turns out you don’t need the decrypt the information at all. If you simply apply a stimulus that you control and you monitor the information stream between the drone and the controller, you can determine if the drone is recording you.

The approach the Israeli researchers followed is actually quite straightforward and was first revealed on The Register and also published in detail on the Cornell University Library. They simply intercept and monitor the bitrate of the video communication between the drone and the controller. In their paper they write:

“We demonstrate how an interceptor can perform a side-channel attack to detect whether a target is being streamed by analyzing the encrypted FPV channel that is transmitted from a real drone (DJI Mavic) in two use cases: when the target is a private house and when the target is a subject.”

“The beauty of this research is that someone using only a laptop and an object that flickers can detect if someone is using a drone to spy on them … While it has been possible to detect a drone, now someone can also tell if it is recording a video of your location or something else”.

As they clearly show in the video below, the researchers take advantage of how the encoding and video algorithms work. If between two frames nothing changes, i.e. no windows that alter their transparency as demonstrated in the video below, then there is not new information that needs to be transmitted. If however, something in the filmed scene does change, then the bitrate will rise and fluctuate, indicating that the drone is recording the changes taking place in the scene that the drone is aimed at.

Watch the video below as it may better explain this concept then I am able to do in writing. It is a clever approach from the Israeli researchers and can prove very useful in certain situations. Let us know what you think about this in the comments below.