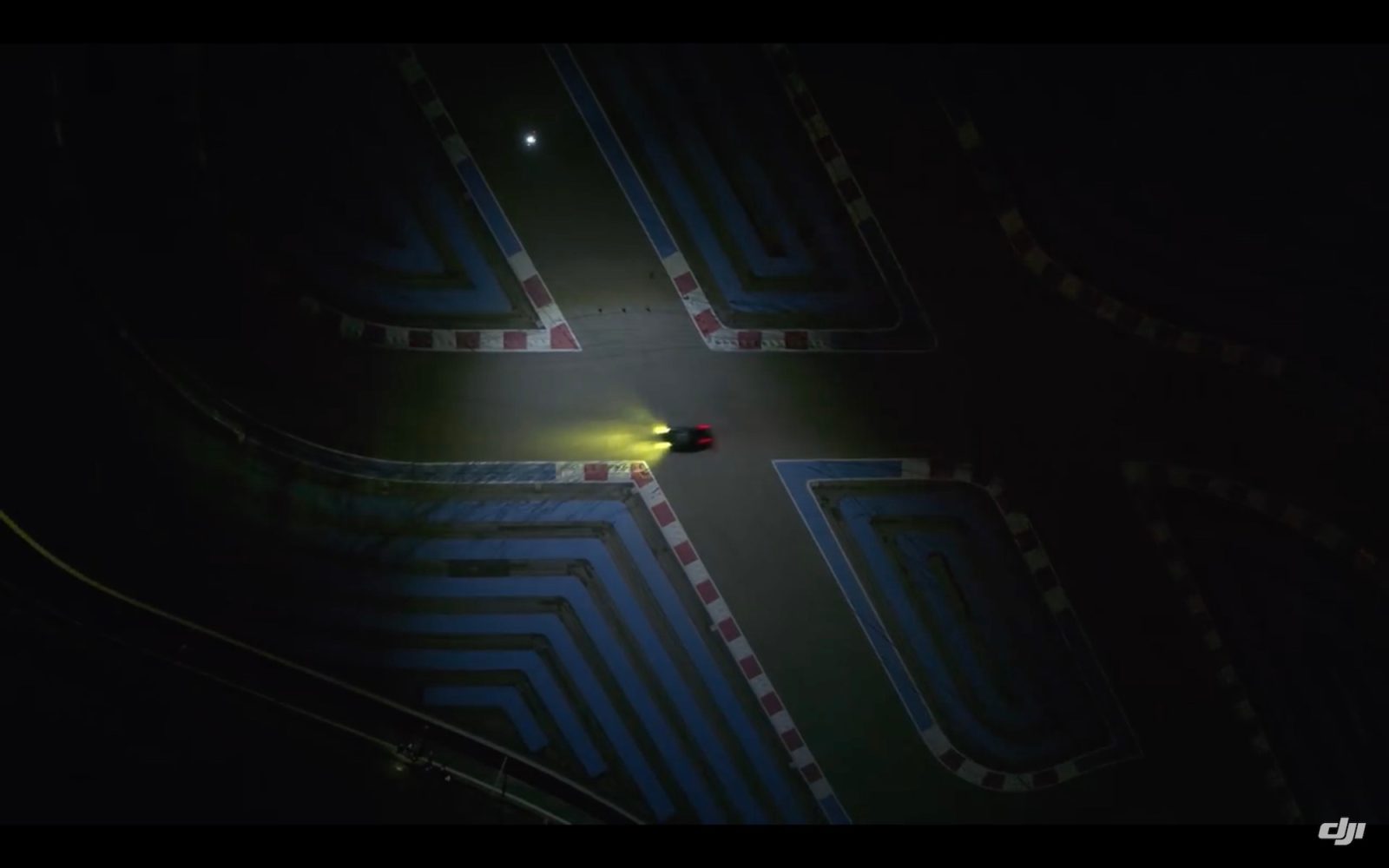 DJI announced today that the Chinese drone manufacturer has become the official media partner of BMW Motorsport. To celebrate and to showcase the abilities of its products, DJI has uploaded a short film to YouTube called “Night Moves“. The video shows the launch of BMW M8 GTE at the famous French racing circuit, Paul Richard and was produced in-house by the DJI Creative Studio Europe. The resulting drone footage of the BMW racecar speeding over the dark track is quite spectacular.

Filming a fast-moving racecar at night is no easy task

The short film was shot at night time on a completely dark circuit. In order to light the scenes, DJI had mounted a strong LED cast light on an M600 drone. The actual drone filming was done with another drone, the Inspire 2 with the new Zenmuse X7 camera mounted to it. The poor but dramatic lighting conditions in the video show the low light capability of DJI’s latest camera and lens combination.

“DJI is thrilled to embark with BMW Motorsport and their racing team for the 2018 World Endurance Championship (WEC),” said Martin Brandenburg, Managing Director, DJI EMEA. “As their official media partner, we will bring the best of our technology and creative crew to support the BMW Motorsport Team and deliver amazing images and content for the BMW M8 GTE race car and the WEC series, including the 24 Hours of Le Mans.”

“We are proud to start the 2018 season of the FIA World Endurance Championship with a newly-developed BMW M8 GTE race car,” said BMW Motorsport Director Jens Marquardt. “We are delighted to team up with DJI who shares our values and standards in innovative technology, and who is our first official media partner at BMW Motorsport.”

The drone footage is very spectacular indeed and we can’t wait to see more racing action filmed from a drone’s perspective. In their press release, DJI says that they are committed to supporting BMW in the upcoming races in the WEC series such as the Total 6 Hours of Spa-Francorchamps (May 5) and the legendary 24 Hours of Le Mans (June 17) so hopefully more drone footage will follow.