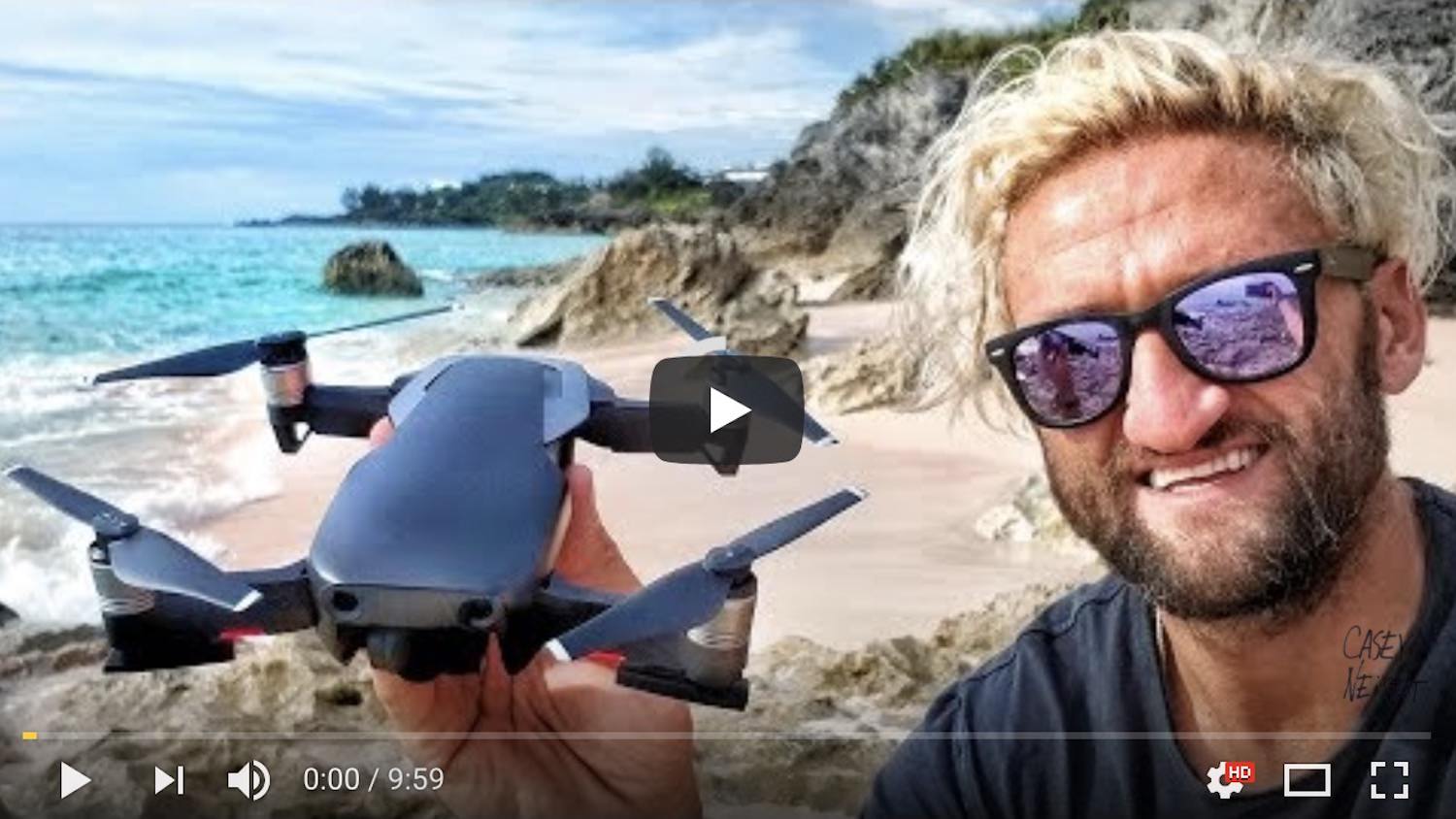 We thought Casey Neistat might have been at the DJI event in New York City today but no, he didn’t need to be there. He already had a DJI Mavic Air. Of course! In the video that he just posted on YouTube, Casey compares the new Mavic Air to the Spark, Mavic Pro, and the Phantom 4 Pro Obsidian.

This time Casey did not fly his drone in Manhattan. Instead, he and Peter McKinnon flew to Bermuda for some change of scenery.

Comparing the DJI Mavic Air to the other DJI drones

Comparing the Mavic Air to the other DJI drones Casey observers the following.

The DJI Mavic Air ($799) at 4k and 30fps compared to the DJI Spark ($399) at 1080 x 1920 and 30fps. No contest really. The Mavic Air provides smoother footage. Better contrast and at a much higher resolution. If you are in the market for a Spark, it would be wise to either get a really good discount or save up for the Mavic Air. 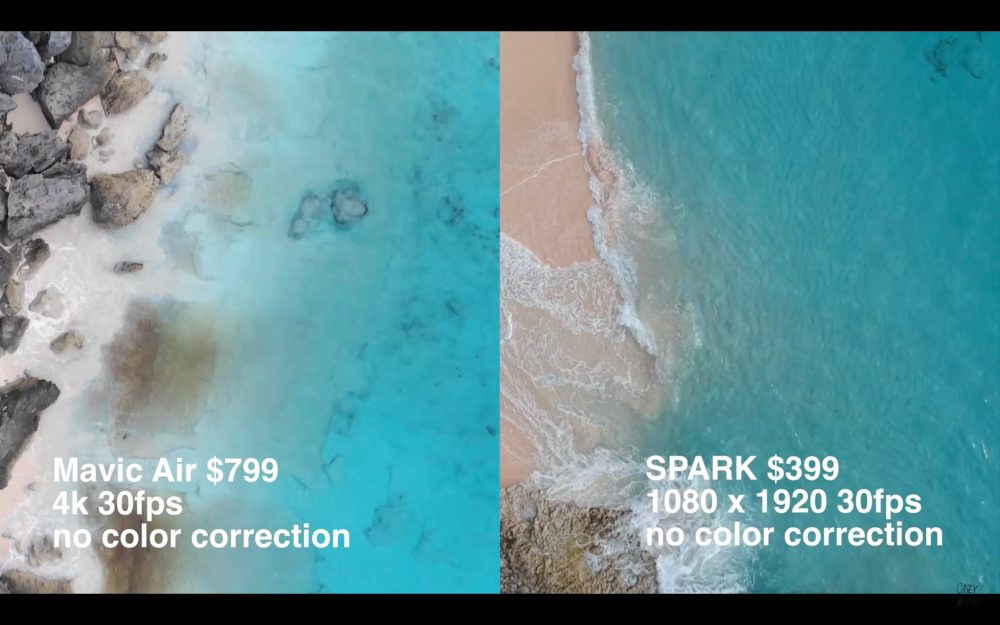 The DJI Mavic Air ($799) at 4k and 30fps compared to the DJI Mavic Pro ($999) at 4k and 30fps. The original Mavic Pro is arguably the closest real competitor. The Mavic Air’s footage provides better 4k footage with much-improved HDR (high dynamic range, i.e. highlight and shadow recovery). The new DJI drone also comes with new flying features that will allow you to take amazing panoramic shots, slow-motion (1080 @ 120fps) and create new boomerang video footage. So if your goal is to travel and bring home amazing photos and video, the new Mavic Air wins hands down. Again. And it will leave some extra money in your pocket for your next adventure. 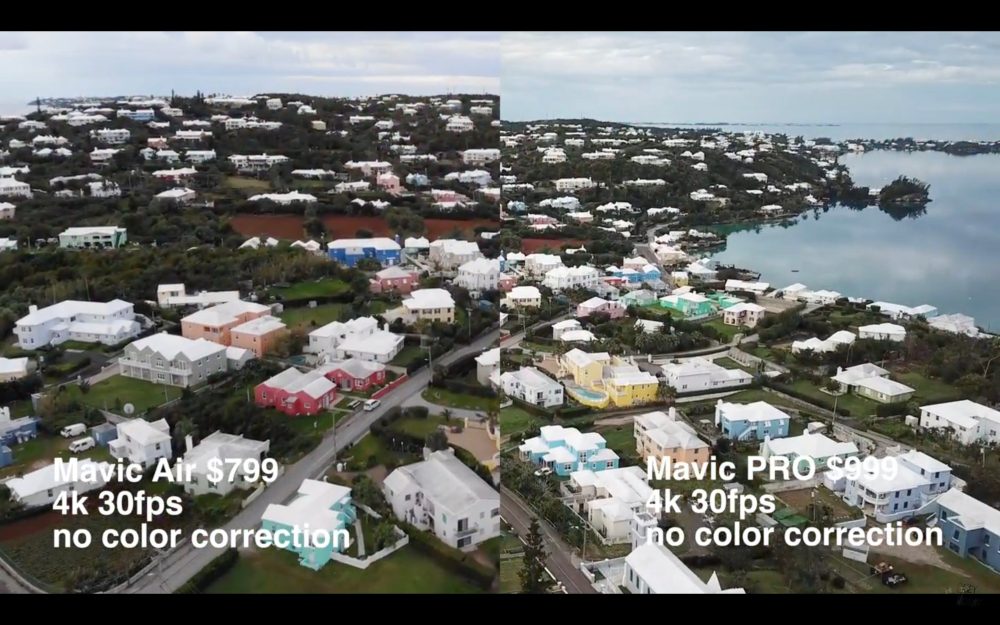 The DJI Mavic Air ($799) at 4k and 30fps compared to the DJI Phantom 4 Pro Obsidian ($1499) at 4k and 30fps. Purely looking at the quality of the video footage, the Phantom is the obvious winner here. It provides smoother footage with better colors, better contrast, and greater dynamic range. A larger, 1″ sensor goes a long way in providing better footage and the Mavic Air simply can’t beat that. The issue you run into with the Phantom drone, as Casey points out, though is that is very hard to travel with. Let alone doing any serious adventure travel. 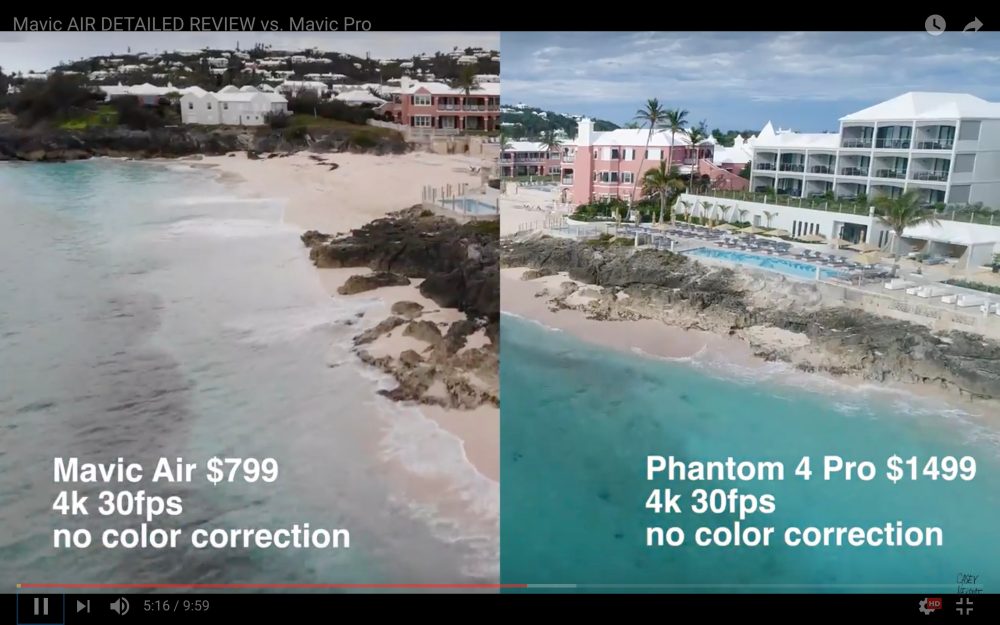 So, in conclusion, first of all, watch Casey’s video. It is highly entertaining and it will give you a much better video of the video footage than the screenshots posted here.

Secondly, unless you are willing to wait for possibly a new Mavic Pro 2 or Phantom 5 to be released, I would opt for the all-new DJI Mavic Air. In fact, I’m going to order one right now!