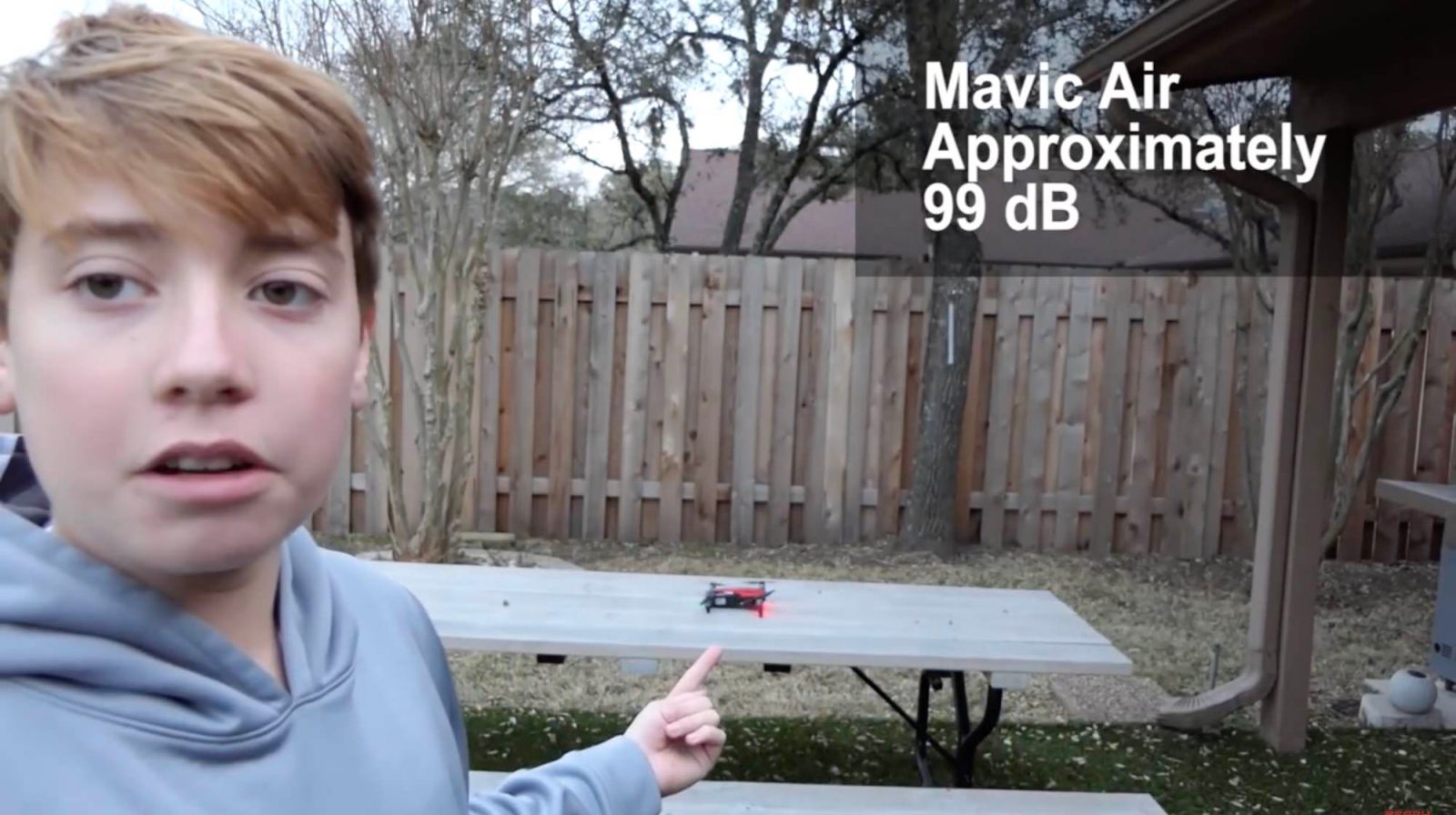 In another clip from Ready Set Drone, in which his son, Tate, seems to have made his YouTube debut, the noise levels between the three different DJI Mavic drones were compared. The tested the drones in a backyard environment and held the decibel meter about 6 inches below the front of the drone.

In the comments on YouTube, some people mentioned that the decibel meter should have been placed further away and maybe on a horizontal level at the same height as the propellers. The noise levels would drop significantly when you move away from the source. Maybe the will do that in a follow-up test?

Here are the results of their test:

Either way, it was a good video (Well done, Tate) and it provides very useful information for people who are currently deciding which DJI drone to buy.