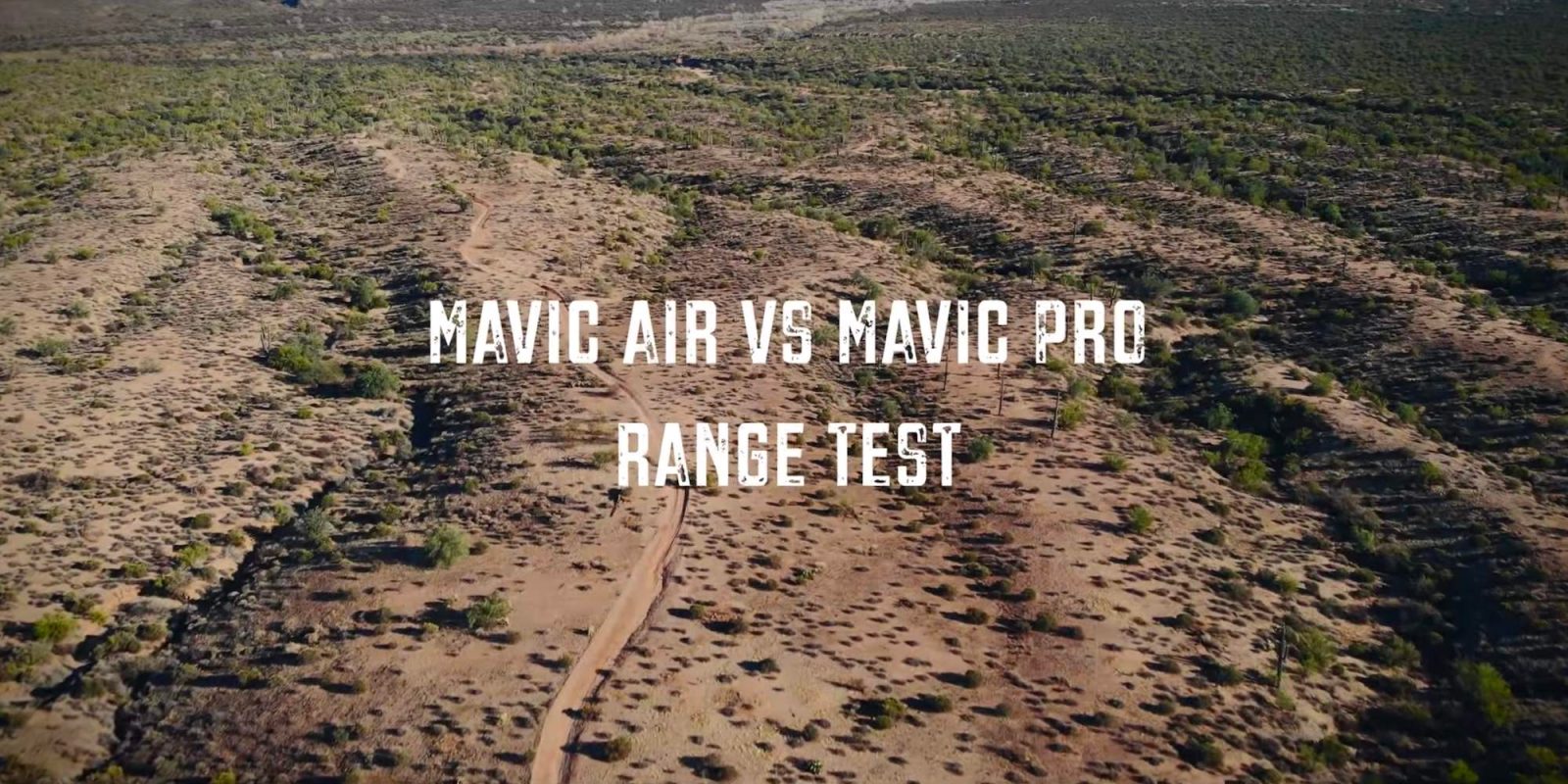 A quick post about another YouTube video that surfaced. In this short clip, the Mavic Air is compared to the Mavic Pro to see how far you can fly either drone. The test was performed over the Arizona desert away from any interference as you would have in an urban environment. Both drones performed very well with very good quality video-feed during the flight.

The Mavic Air flew to about 2 miles, which is further than what was reported in another video this week.

In the test in this video, My First Drone was able to fly the Mavic Air up to 10,500 feet (or 3.2 km or about 2 miles) before he received a battery warning. The tester felt confident he would have reached the advertised limit in better conditions.

With the Mavic Pro, he was able to reach around 15,000 feet (4.57 km or 2.84 miles) before getting a low battery warning and returning home. He concluded that in a real-life situation, he would be unlikely to fly this far and that both drones were more than able to go the distance he would expect them to fly.