Will DJI introduce a Phantom 4 Pro V2.0 ‘Platinum Edition’ before moving to the Phantom 5? 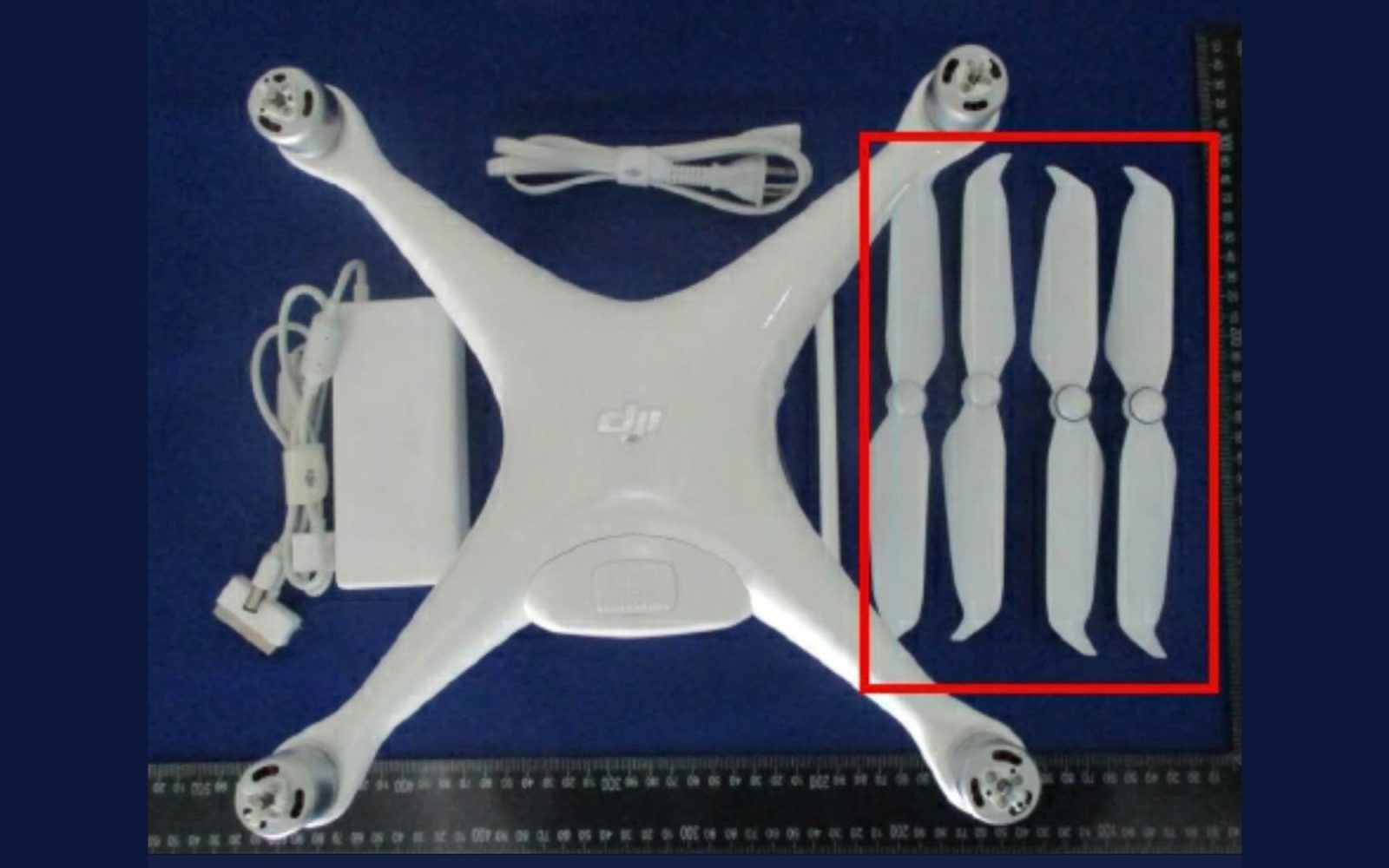 About one week ago new images surfaced on Twitter showing what could be a DJI Phantom 4 Pro V2.0 model. Last Friday, we were notified of two new FCC filings (controller, drone) from DJI, indicating that the photos are likely legit.

DJI may be about to release a new version of the DJI Phantom 4 Pro V2.0 or “Platinum Edition” during the NAB 2018 event in Las Vegas in April. The introduction of a new Phantom 4 could also mean that we will not see a new DJI Phantom 5 until October or November of this year.

About one week ago these images (see below) surfaced on OsitaLV’s Twitter account showing what could be a DJI Phantom 4 Pro V2.0 model. Now we know that OsitaLV likes to play games with people, but two FCC filings (controller, drone) that came out last week indicate that these images are likely legit. DJI may be about to release (NAB 2018?) a new version of the DJI Phantom 4 Pro V2.0 or “Platinum Edition”.

The initial images (shown below) come from a “Telecommunication Controlled RF Equipment Type Certification” that was most likely filed in Taiwan early on in March, according to DronesPlayer. The main photo of the drone is taken from the top down and thus does not show us anything from the gimbal or camera.

What stands out are the “swept-back” wing tips of the propellers. They feature a very similar design to what we have seen with the DJI Mavic Pro “Platinum Edition” aimed to reduce noise and increase flight-time by a few minutes. Supposedly, the new Phantom also uses the FOC sine wave to drive the electronic speed controllers (ESC’s).

The last photo of the controller shows increased air vents which may indicate improved specs for the controller. Whether the Phantom 4 Pro V2.0 will have any other upgrades is unknown at this point.

Last Friday, two DJI filings with the FCC were made public, one for the controller and one for the DJI Phantom 4 Pro V2.0. In the filing, DJI has requested short-term, 45-day secrecy before any manuals and photos can be released. This is especially interesting as we have NAB 2018 coming up in April (7 – 12). So, it could be that DJI may introduce a new Phantom 4 Pro V2.0 “Platinum Edition” during NAB event in Las Vegas.

If the “Platinum Edition” is the last iteration before moving to the next generation of a DJI product, the new Phantom 5 may still be some time off into the future. The Mavic Pro “Platinum Edition” was released on September 1st, 2017 and we are still waiting for the Mavic Pro II. If the same holds true for the Phantom 5, it would push the release date to October at the earliest.

What do you think about the Phantom 4 Pro V2.0? Do you think DJI is following the same strategy as with the Mavic Pro “Platinum Edition” until the move to the next generation? Why did DJI first launch the Obsidian? How does that fit in? Let us know in the comments below.