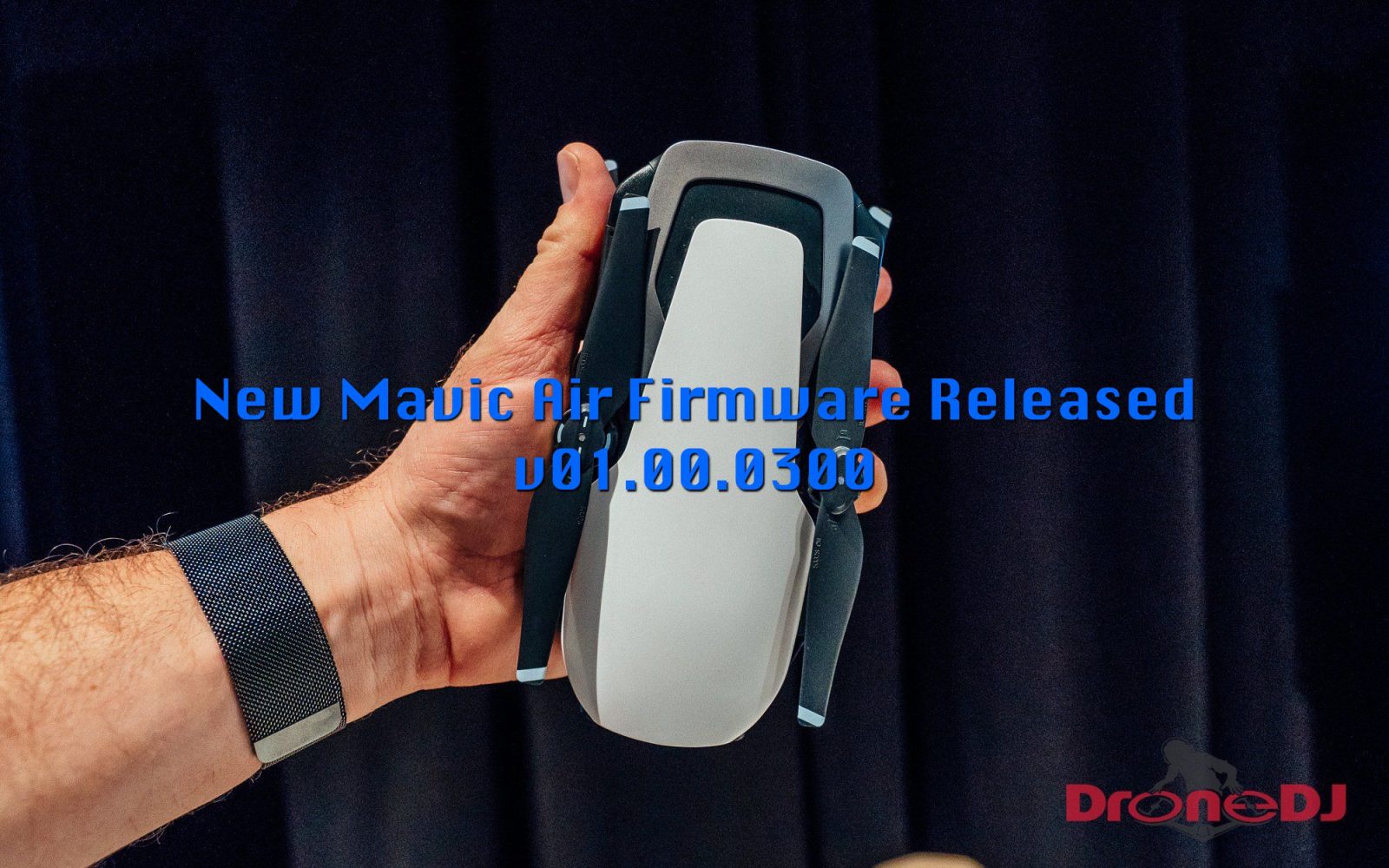 DJI just released a new firmware update for the Mavic Air – V01.00.0300. It is strongly recommended by the Chinese drone manufacturer and just by the looks of it, it seems to address a large number of bugs. It does not, however, bring back the waypoints we all have asked for. We are still waiting for an answer from DJI on that one.

What do you think about the new update? Does it solve some issue you may have run into? Let us know in the comments below.