Russian sends his drone up to 33,691 feet, well into cruising altitude range of commercial passenger jets 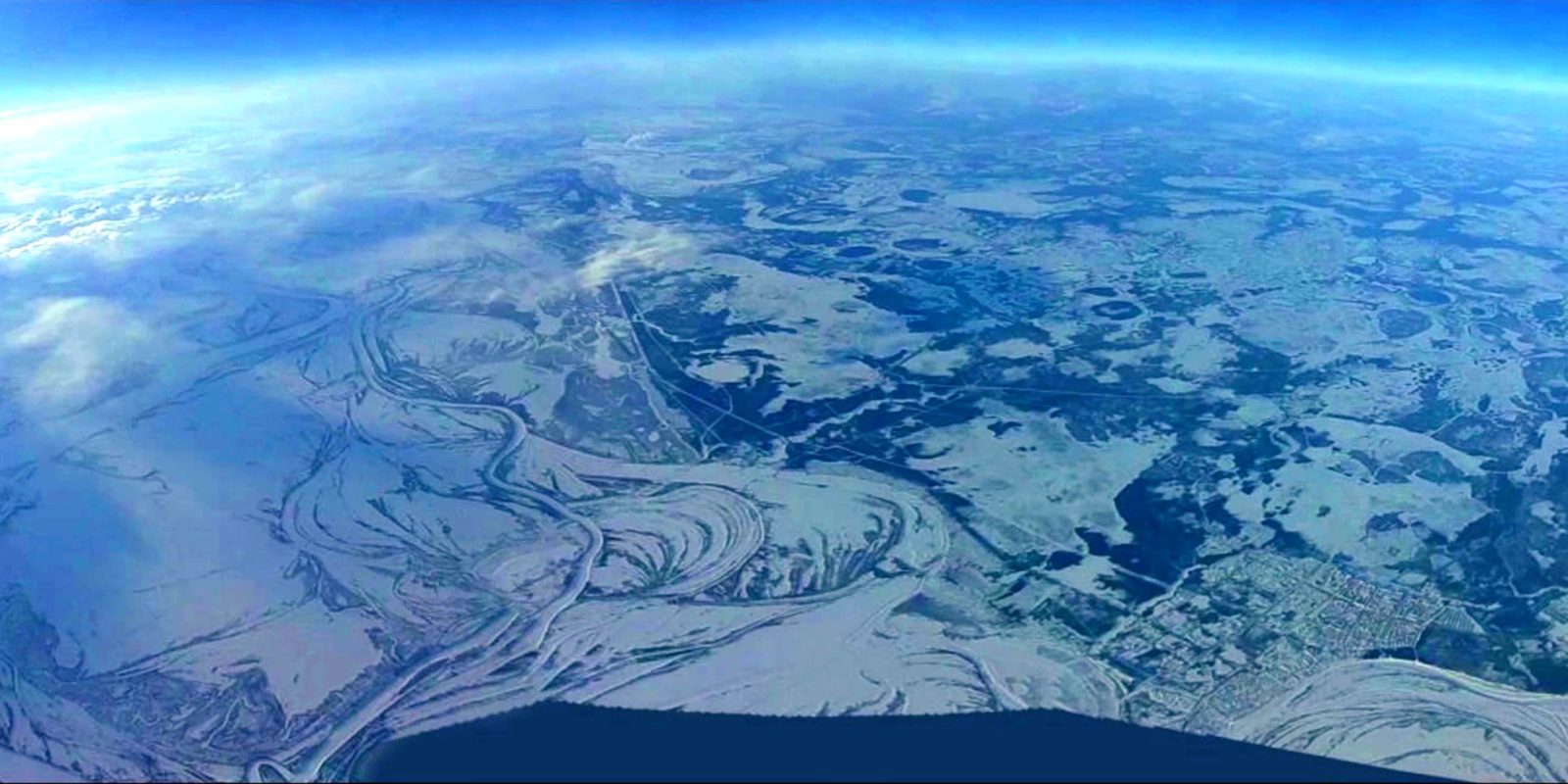 Back in November, we had a guy in Greece sending his Mavic Pro drone up to 8,200 feet. Now we have a presumably Russian drone pilot who goes even higher. His race drone, weighing 2.34 pounds, flies up to 33,691 feet, well into the cruising altitude of commercial airliners and passenger jets. Unlikely as it may seem, but if his drone were to collide with one of those manned aircraft it could be catastrophic.

On March 9th, a drone pilot by the name of Денис Корякин experiments with his quadcopter and achieves a max altitude of 33,691 feet with his race drone, sending his drone well into the cruising altitude of commercial airliners and passenger jets.

The drone weighs about 2.34 pounds and has a flight time of 25 minutes. According to an article on Helicomicro there is no maximum flight altitude for drones in Russia, whereas in most countries that is around 400 feet. The pilot hid the GPS coordinates in the original video on YouTube but it seems to be near the city of Strejevoy, somewhere in the middle of Russia. In another explanatory video that has surfaced the exact coordinates of the drone do become visible for a few seconds and it does put them right outside of that town.

According to Helicomicro, this is not your average consumer drone but a racer-based frame based on a Matek F405 AIO controller with 7-inch Gemfan 7038 propellers powered by Cobra CM2206 1400KV engines driven by 30A ESC T-Motor. The radio part is provided by a TBS Crossfire system, the video part by a 5.8 GHz Matek transmitter set to 500 mW with a Foxeer Thor antenna on the transmit side, a Furious FPV V3.5 Diversity True-D receiver with a TrueRC X antenna 2 Air in reception. The device weighs 1.06 kilograms, powered by 4Sa 4S3P pack that allowed a flight of 25 minutes.

To counter the cold temperatures on ground level but especially at high altitude, the battery pack of the drone was insulated to withstand the low temperature of minus 48 degrees Celsius (-54.4 degrees F).

The safety measures these guys took before taking off consisted of launching the drone outside of the town, away from other people, having a spotter, having one guy on the radio and checking with flightradar24. In the video, they are calling their flight “absolutely safe.”

Impressive as it may be that a racer-drone is able to achieve an altitude of more than 33,000 feet, we do not support this kind of record-breaking attempts. Even though the chance of an accident may be very small, the risk is still there so don’t do it.