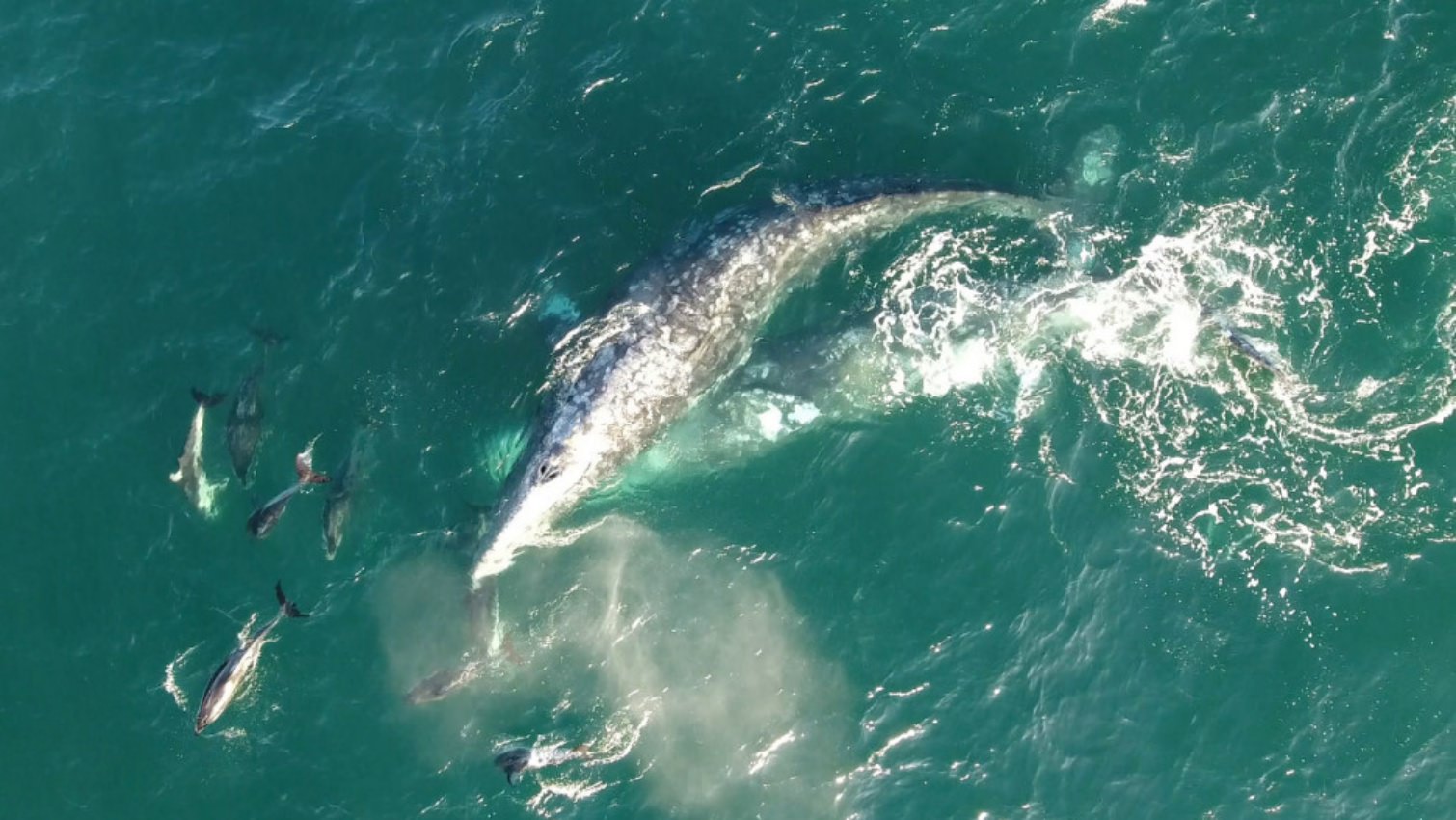 Gray whales and dolphins are playing together off the Dana Point Headlands and luckily a drone was in the air to capture it all. The whales are on their northbound migration to Alaska where they spend their summers.

Gray whales and dolphins playing together

Last Saturday, two massive gray whales were rolling around as they were playing off the Dana Point Headlands. At some point, a pod of Pacific white-sided dolphins joined in and the two giants didn’t seem to care or simply didn’t notice.

“It was really cool. They didn’t care about the boat or the dolphins,” said Dana Wharf Whale Watching captain Frank Brennan in an article in the OC Register. “They just let down their guard.”

Brennan has seen whales and dolphins play together before but this time he had his drone ready to capture the event for all of us to see.

“I’ll be with the whales and see the dolphins and say (to passengers) ‘if these guys come together, you’re in for a treat,’” Brennan said. “They goof off together, they are like distant cousins. If they do, we always get fun behavior like that.”

During the northbound migration of the gray whales that runs from the end of April into late May, it is not uncommon for them to come close shore. This time they were in about 100 feet of water.

Gray whales have the longest migration of any mammal on earth. In the winter they can be found in the warm waters off the coast of Mexico. Right before summer, they swim north al the way to Alaska.

Photo: Dolphins roll around a Grey whale off the coast of Dana Point on Saturday, March 24. The images were captured by Capt. Frank Brennan via a drone. (Courtesy of Dana Wharf).