Drone transaction turns deadly as the seller gets shot 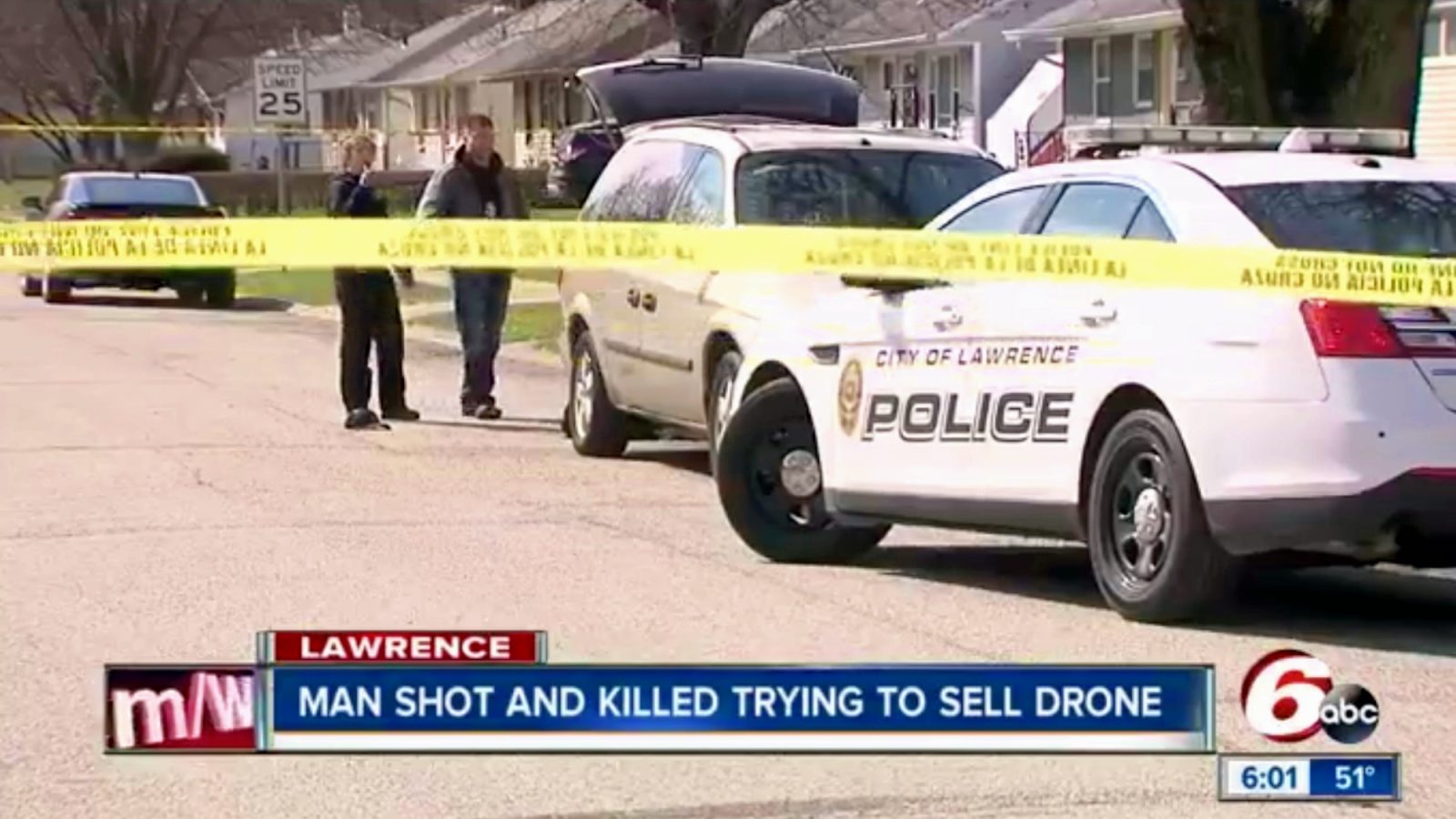 A drone transaction turns deadly in Lawrence, Indiana as the drone seller gets shot in the head by a third party for reasons unknown. Both parties apparently knew each other and had done business before. The shooter was apprehended shortly after by a police officer who happened to be only one block away.

Friday morning around 11 am, a man, identified as Brad McKinney, 41, was about to sell a drone to another person when a third person, Richard Chambers, 34, of Pendleton, walked up to him and shot him in the head. The deadly shooting happened in a residential area of 48th Street and Longworth Road in Lawrence, Indiana.

Wish TV reports that as McKinney was selling a drone to another man, 34-year-old Richard Chambers, walked up and shot the seller in the head.

A Lawrence police officer was only a block away when the shooting occurred and rushed to the scene. He saw Chambers running away and called for backup.

“That’s nothing unusual for Lawrence police,” Deputy Chief Gary Woodruff said. “Our officers are out there patrolling all the time and are known for rapid response times.”

According to Woodruff, Chambers was arrested and the murder weapon was found in a trash can where it was dumped. Detectives said it is unclear why the shooting took place. The buyer is being interviewed as a witness but he does not face any criminal charges.

According to the police the victim, McKinney was being kept alive for possible organ donations, but he will not survive his injuries.

The police advised people who conduct transactions like these to do so in so-called ‘safe-spots’, such as a public space or at a police station parking lot for increased security.