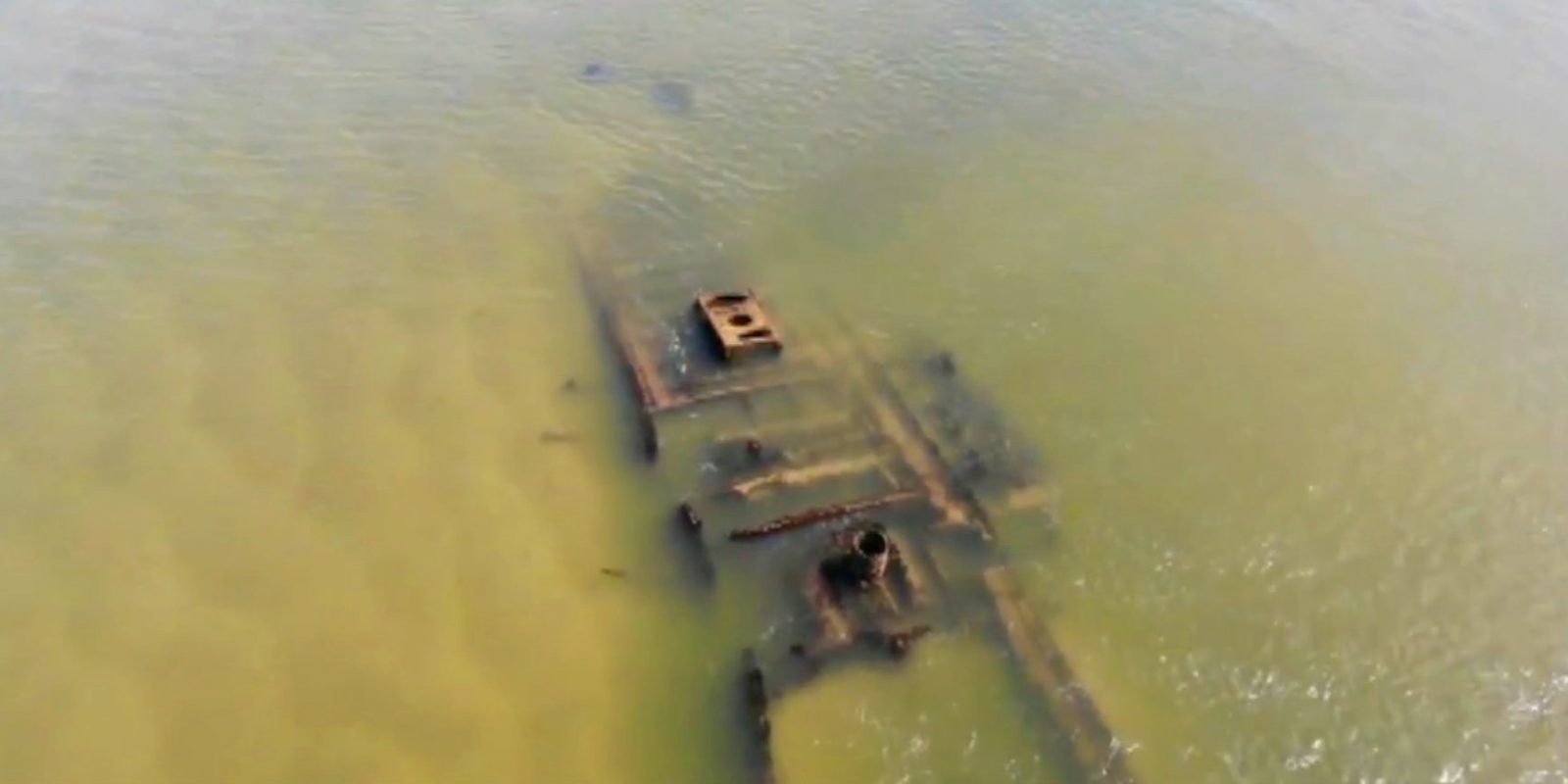 The wreck is normally submerged but when Garlington, of Fayetteville, N.C. flew his drone over the Lockwood Folly Inlet, located in between Holden Beach and Oak Island last week, the tide was lower than usual because of the full moon. As the water receded the Civil War-era shipwreck was exposed.

Even though Garlington did not discover the shipwreck he believes “this is the first time it has been seen from this perspective”, he told Fox News. He added: “You really can’t see it that clearly unless it’s low tide.”

“When he told me about it, I thought it was pretty neat,” Garlington said.

When Garlington was reviewing the drone footage, he wasn’t planning to share it on social media but then another beachgoer suggested posting the footage to The Friends of Holden Beach Facebook group. Almost immediately after posting the clip his “phone was blowing up. Most people are amazed; they had no idea that it was there.” Other people mentioned that they had seen the wreck but never from the unique perspective that a drone provides.

In 2016, researchers from the North Carolina Department of Natural and Cultural Resources found another submerged Civil War-era steamer, that is believed to be the remains of one of three blockade runners that were used to break through the wall of Union naval ships barricading the port of Wilmington during the Civil War.