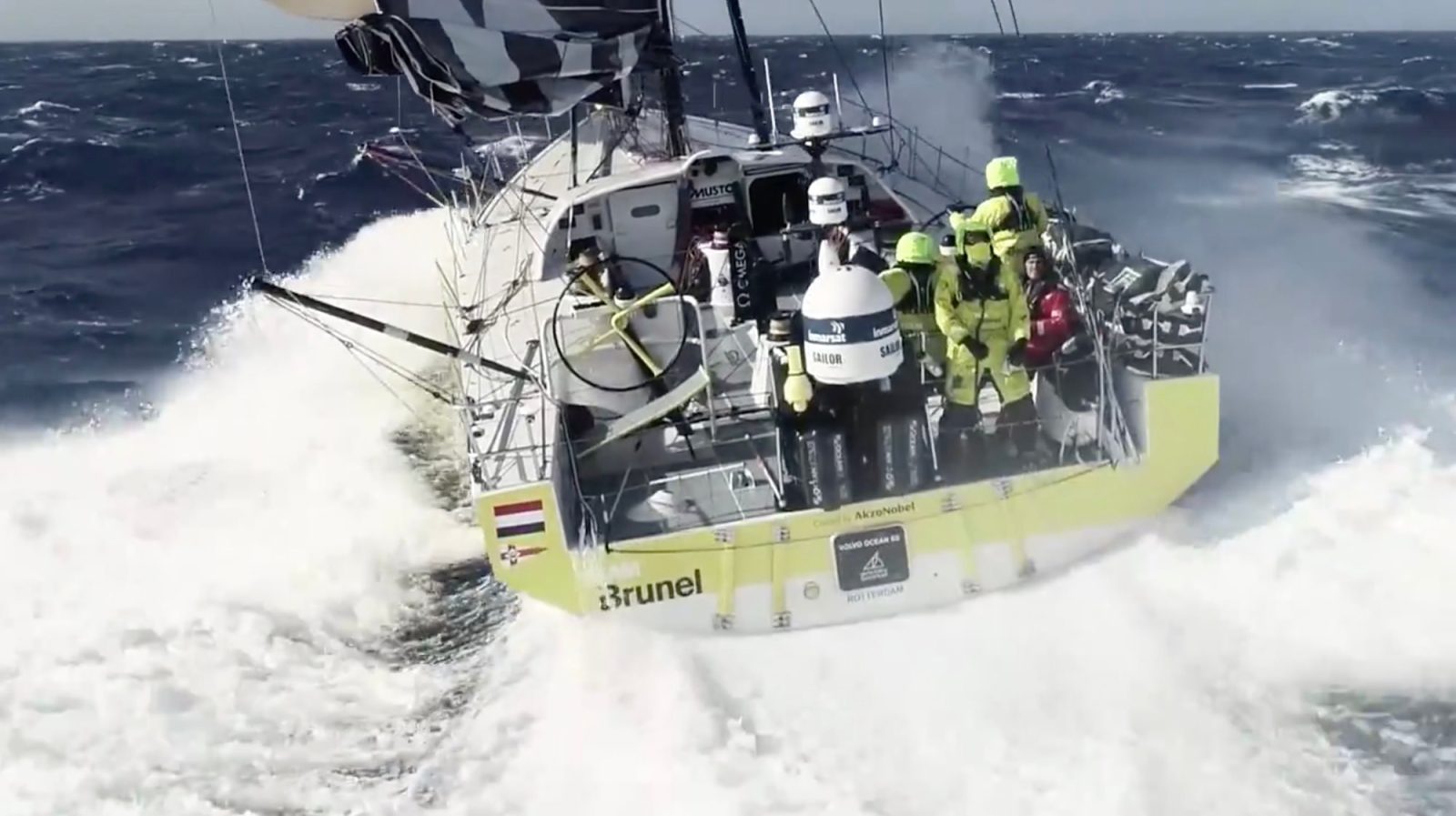 Many people have lost their drones flying over water. There are plenty of videos on YouTube and Facebook of drone pilots crashing their drones into creeks, canals, lakes, and oceans. So when I saw this video of a crew flying and catching what seems to be a DJI Phantom in strong winds and high waves, from a racing sailboat at full speed during the Volvo Ocean Race, I was beyond impressed.

Winds, waves and a racing yacht? No problem!

Anybody who has ever flown their drone in strong winds knows it is not easy to fly in those conditions. Add to that 15-foot waves and 38 knots of wind in the Southern Ocean, as well as a fast moving sailboat, you have a pretty much impossible scenario for flying your drone. Let alone bringing it back on board safely. The crew of this Team Brunel racing yacht that participates in the Volvo Ocean Race defy all odds and not only capture spectacular drone footage of their boat, they also manage to bring the DJI Phantom (?) drone back on board safely. A very impressive feat indeed.

The drone pilot in this video is Yann Riou, the Onboard Reporter for the Dutch Team Brunel, who during the 4th Leg of the Volvo Ocean Race took his drone out to capture truly spectacular footage of the sailboat at full speed. Kyle Langford receives credit for catching the drone at the end of the video. Yann had this to say about the amazing drone video clip:

So in this edition, I no longer work for a team, but for the media team of the organization of the race. That is a new team that in this edition of the Volvo Ocean Race assigns each leg an OBR to the different boats. And I am now for this leg assigned on the Dutch boat.

It was an intense start. After the first hours of racing, we quickly found ourselves under water. The ideal opportunity for me to be back and try to take action pictures in the “life at the extreme” style. Two flights with the drone, with landings or rather dangerous landings between the bays. As the boat goes up and down in the waves and then quickly enter my tight workspace to edit the photos.

Now it is quieter. In a medium wind, we sail a few dozen kilometres from New Caledonia. For me a great opportunity to get to know the skipper and the rest of the team better. Some of them I knew already a bit, but the most of them not at all.

What do you think about the drone flying and catching skills in this video? Let us know in the comments below.