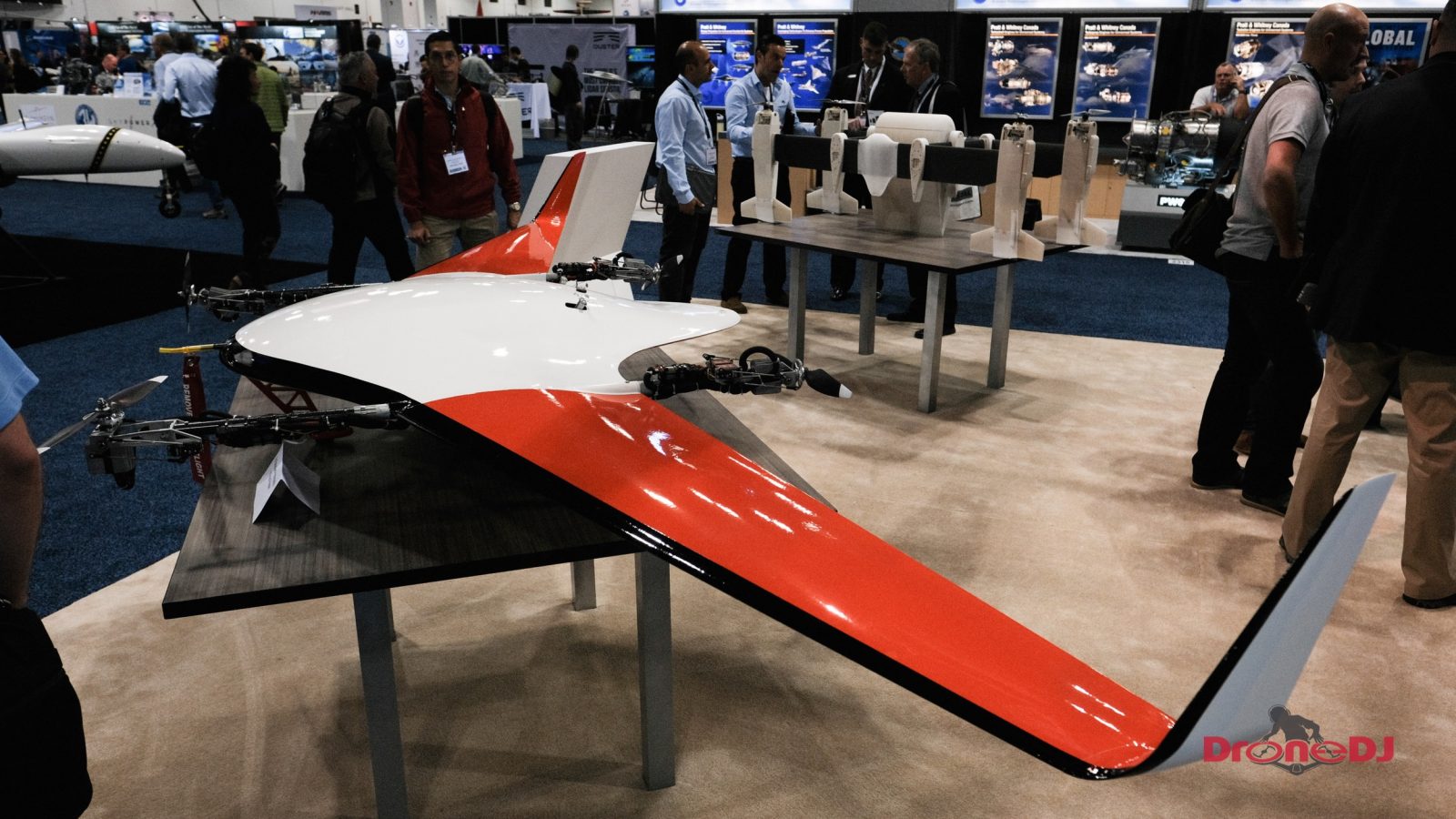 Textron Systems Unmanned Systems has revealed a new drone, called the X5-55, to serve as an engineering test bed for its next generation of unmanned aerial vehicles. Unlike the company’s Aerosonde, the X5-55 was designed from the ground up to be an aircraft with vertical-takeoff-and-landing (VTOL) capabilities, using Vector flight controls and distributed electric propulsion for both vertical and horizontal flight. We recently saw the new drone up-close at the AUVSI Xponential 2018 and it sure looks the business.

“It is an experimental platform that we began to invest in a little over a year ago,” said Bill Irby, Textron’s senior vice president and general manager for unmanned systems. “What we’ve been focused on over the last year or so is really innovating—really doing some new things to get us to think differently, to get us to move into different spaces.”

A unique aspect of the X5-55’s four independently controlled rotors is that they give the aircraft greater agility and the ability to rapidly transition into horizontal flight, according to the Sean Baity, Textron’s technical director of advanced product initiatives. The aircraft has no control surfaces, giving it greater resilience in windy conditions, he noted.

“Where that leads us in the future is being able to fly more tactically—to dip and dive and be more aggressive—rather than a standard UAS, which flies straight and level at a fixed speed for a definite period,” he said.

The X5-55 has a 12-foot wingspan, weighs 55 pounds and a flight time of two hours. It uses Textron Systems’ modular payload system and command and control system to provide tailored mission capability.

For the past 30 years, Irby said Textron has been involved in unmanned systems, including its Aerosonde and Shadow UAS. The X5-55 is about experimenting with future technologies, such as control systems that allow for greater autonomy and enable a single operator to easily control multiple aircraft.

“It’s an airplane that was designed around the idea of building a scalable airframe,” Baity said. “It’s a blended wing—a flying wing—around an electric propulsion system which can also scale up to hybrid systems or scale down to small electric systems. We’re able to build this system with expanding capability around the state of the art or the state of the industry.”

Another area in which Baity sees potential for the X5-55 is with vehicle-to-vehicle communications in complex environments, such as urban areas or remote, rugged terrain. The challenge, he said, is to enable UAS to communicate without the need for huge, power-hungry data links.

“We want to make the system as smart as possible so it’s autonomous,” Irby said. “We’ll also take into account how to make our designs easier to maintain and operate. The objective is to reduce the manpower on the ground necessary to operate. All those factors are going into our design.”

According to UAS Magazine, Baity said Textron’s motivation for creating the X5-55 was to enable it as a starting point to test the company’s future products and technologies. “We chose to design it at a scale the provides utility,” he explained. “It can deploy the payloads found of the Aerosonde and Shadow systems, covering a wide range of applications and use cases in the civil and commercial area, as well as defense applications.”

“It’s fair to say that we’re focused on the X5-55 as more of a demonstrator-type platform to experiment on,” Irby said. “Those experimentations, those inventions are also being used for next-gen aircraft that don’t specifically tie to the Aerosonde or the Shadow, but they do address some of the customer needs in those same communities. We’re really looking more broadly at how to address those needs, but with different platforms.”