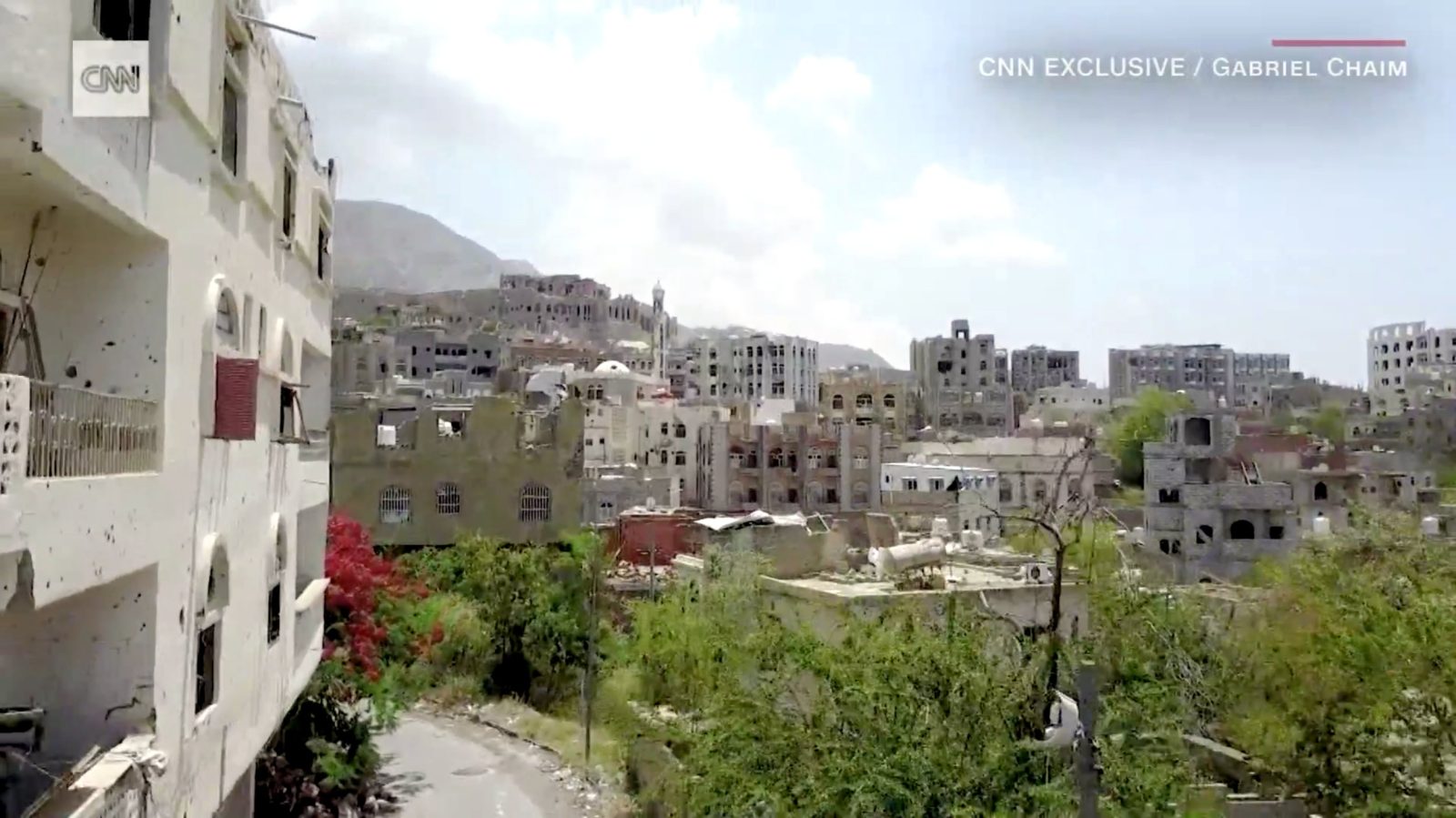 Drone footage by the Brazilian photographer Gabriel Chaim shows the utter devastation and destruction in the city of Taiz in Yemen. The city is at the forefront of a war between Iran-backed Houthi forces and Yemeni government forces supported by Saudi Arabia with US-equipped air power.

Utter devastation in the city of Taiz

In a short video posted by CNN, we see various parts of the city and the destruction that results from the fighting between the Houthi’s and the Yemeni government. According to the news outlet, the toll on the city’s inhabitants has been immense and the drone footage shows how a large number of buildings in the city have been severely damaged by Saudi Arabia’s airpower and shelling from the Houthi’s.

In the video, Gabriel Chaim is being driven around of Taiz by Mayoub, a US aid worker from Washington D.C. who had come to Yemen to help his sick mother but ended being trapped in the city as a result of the war. Mayoub talks about the impact of the ongoing fight on the city’s inhabitants and describes a horrific case where: “a little girl came into the hospital with her heart out,” as a result from the shelling. He continued to say: “and you could see her heart pumping. It’s inhumane. Who sends shells into the most heavily crowded city in Yemen?”

Later on the short video, Mayoub shows parts of the city, controlled by the Houthi’s and from where they shell other parts of Tais. Civilians have not only become victims of the Houthi’s shelling but also from pro-government Yemeni forces who are often backed by air support from Saudi Arabia as well as from the United Arab Emirates. CNN reports that “the Saudi air force has been accused of causing hundreds of civilian casualties in their intensive bombardment of Houthi-controlled areas.” 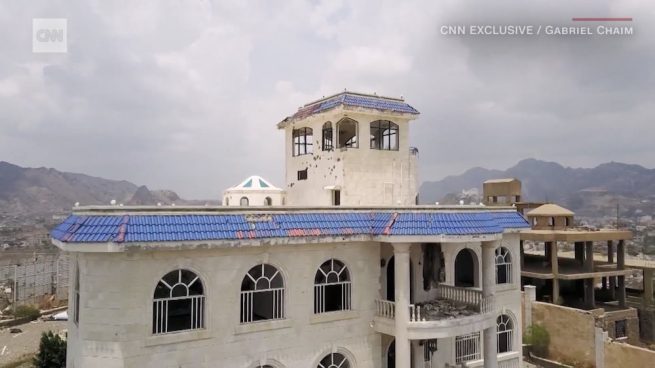 Humanitarian aid has been hampered by blockades that were imposed by the internationally recognized Yemeni government on several occasions. As a result of the ongoing conflict, more than 10,000 civilians have died and more than 40,000 have been injured. Currently, an estimated 15 million Yemenis are without access to clean water.

A UN report last year had blacklisted Saudi Arabia because of the deaths and injuries to children in the Yemen War. Saudi Arabia denied targetting civilians and rejected the report.

In CNN’s article, the US’ support for the Saudis is being questioned:

“In a recent admission of how deep and blind the US assistance to the Saudi air force is, US Central Command chief Gen. Joseph Votel said that while US fuel transport provides mid-air refueling for Saudi jets, they are not able to say which targets those jets go on to bomb. During recent congressional testimony, Senator Elizabeth Warren asked if the US military was — when it gets credible reports that civilians were killed in Saudi airstrikes — “able to tell if US fuel or US munitions were used in that strike?” Votel replied: “No, Senator, I don’t believe we are.”

The sorrow of a forgotten war.
From Yemen, this is my special report exclusive for @CNN
W @npwcnn Walsh and @waffamnCNNhttps://t.co/TSOzCEjuXy