Man jumps in the water to save drone [video] 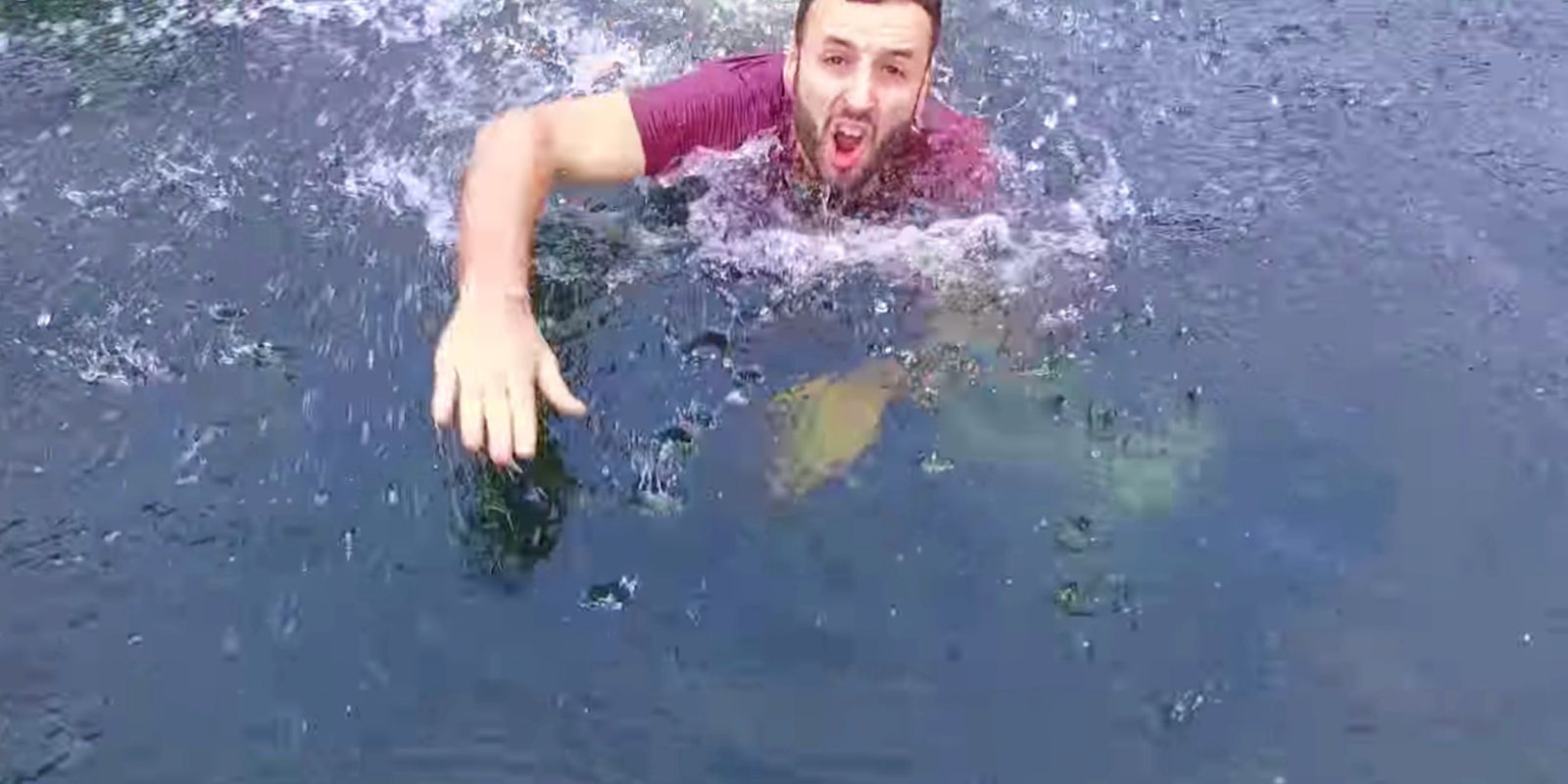 Over the years we have seen many drone-saving attempts. Some were successful, some were not. Today we have received the latest in drone rescue attempts. Apparently, two guys are flying a drone over water when they lose the connection. In a last-minute effort, one of the men jumps in the water and swims toward the drone. Will he get there in time? Watch the video below to find out!

Drone is about to land in the water

Unfortunately, the video does not provide a lot of information other than right at the beginning you see two men running along the water in an effort to save a drone that is slowly descending. In the description of the video it says:

“A man was flying a drone over the lake when the connection is lost and the drone immediately descends to the water. The owner jumps in and rescues the drone last minute avoiding any damage.”

Now, of course, we have seen similar scenarios play out in other videos as well. I have posted them below but there is a good chance you have already seen them.