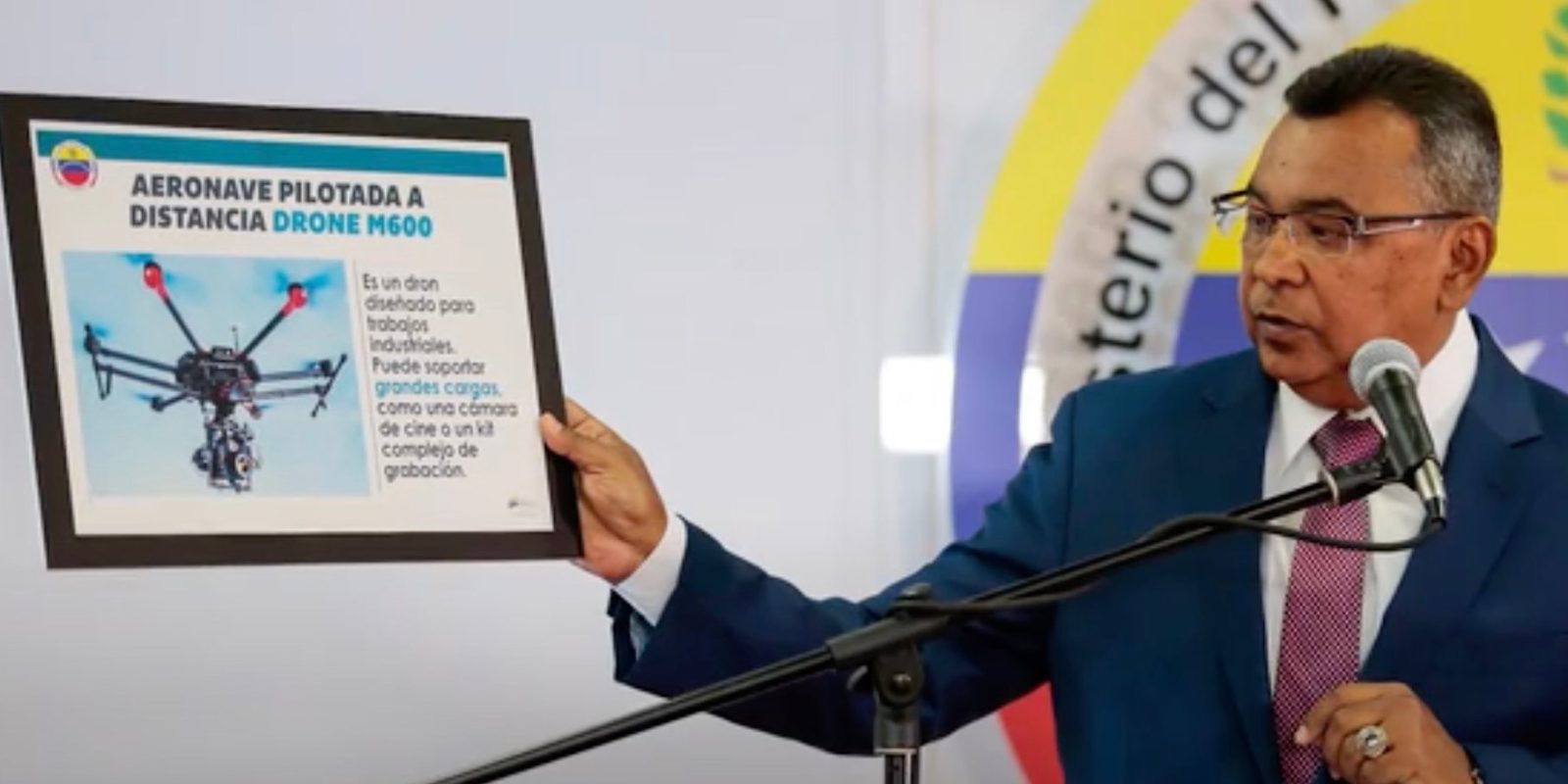 An update on the alleged drone attack on Venezuelan president Nicolás Maduro as amateur video footage claims to show one of the drones exploding, surfaced online. According to the Interior Minister Néstor Reverol, two DJI Matrice 600 drones were used in the attack. Reportedly, one of the drones was shot down, setting an apartment building on fire. Six people have been arrested in relation to the attack according to Néstor Reverol, the country’s interior minister. The President has said that the culprits were right-wing opponents and Juan Manuel Santos, the president of Colombia.

It remains unclear what really happened during the Nicolás Madoru’s speech in Caracas last weekend. The official explanation from the Venezuelan government is that two DJI Matrice 600 drones laden with C4 explosives were flown to assassinate the President of Venezuela during his address to members of the military.

One of the drone apparently was shot down and crashed into the apartment building setting it on fire according to eyewitnesses in an article from the New York Times.

“The flying thing was going to fall on the street, and then it collided with the building,” said a young employee of a store in the area, who asked not to be named, fearing being caught in the government investigation.

However, local firemen contradict this story saying that the loud bangs were caused by an exploding gas tank in that same building.

Video footage has surfaced online, that allegedly shows one of the drones exploding in mid-air. It is hard to say whether this footage is authentic as there seems to be no way to tie it to the location of the event. Also, the exploding done vanishes in a big cloud of smoke and no parts can be seen falling down from the sky, leading many people to call the video suspicious.

Jorge Rodríguez, the communication minister said on television, that it was an attempt to kill the president with “various drone-like flying devices.” The president was unharmed but seven national guardsmen had been injured.

Hours after the alleged drone attack, the Venezuelan president, Nicolás Maduro was quick to point out that the culprits were right-wing opponents and Juan Manuel Santos, the president of Colombia.

As of now, it remains unclear whether drones were indeed used in the attack. We will continue to follow developments closely as it would be the first time that drones were used in an assassination attempt of a president.

What do you think about the video footage? Let us know in the comments below.