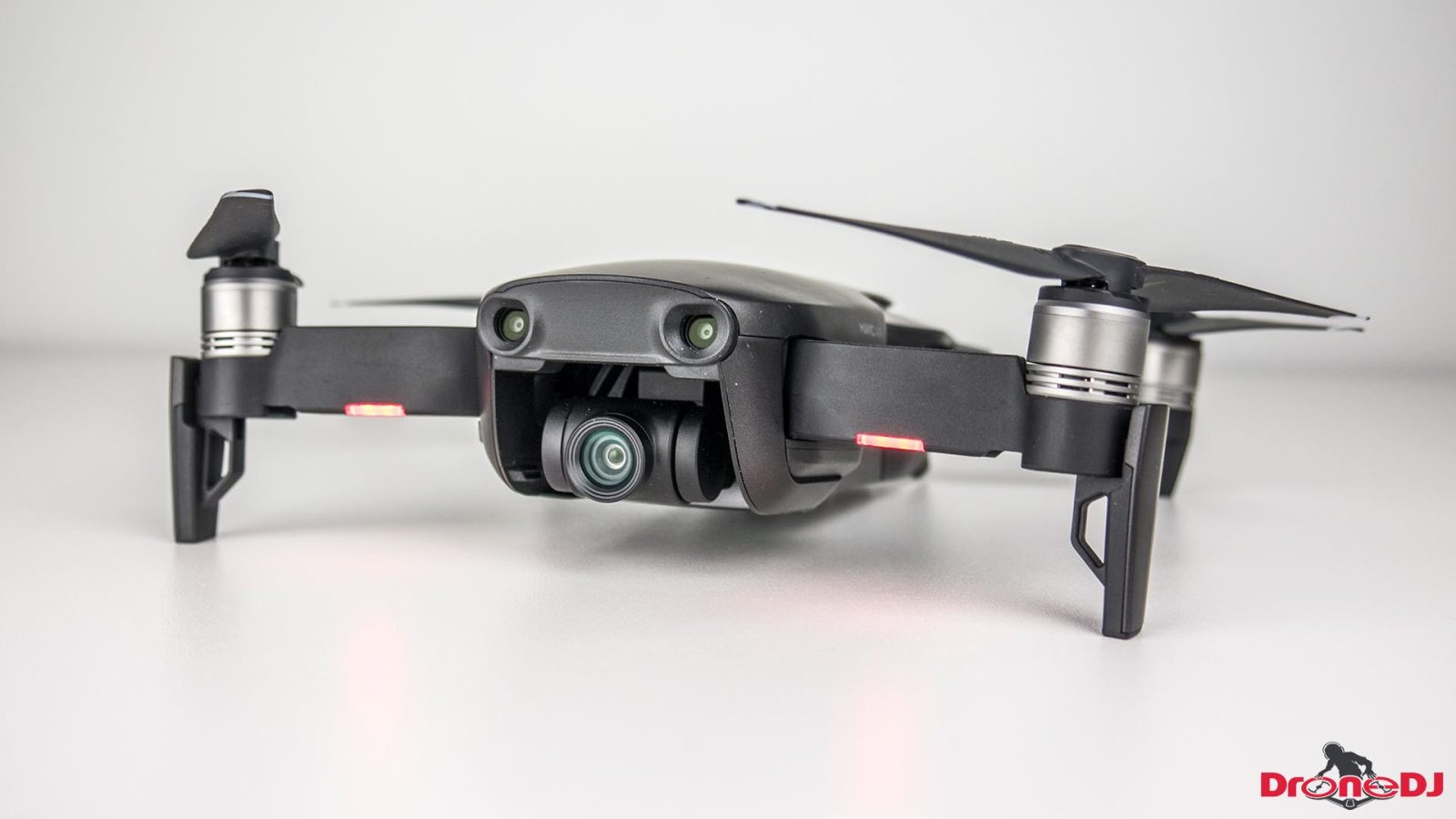 After a little over six months of flying the DJI Mavic Air, I’ve gotten to experience how even small drones have incredible potential. Slated between the Spark and Mavic Pro, DJI could have done a lot more with this product but chose not to because of how it’s positioned in their current offerings. This mixture of creating the best drone possible and trying not to compete with their other products leaves the Mavic Air as an almost perfect drone.

Don’t let the Mavic Air’s 213mm diagonal length and 430-gram weight fool you as it is the third fastest consumer drone DJI makes (tied with the Phantom 4 Pro). The only other DJI drones that can beat its 45mph top speed are the Inspire 1 and Inspire 2. On the topic of performance, the smaller form factor of the Mavic Air attributes to its swift agile movements during flight. All of these add up to an incredible drone flying experience with no compromises made in performance. 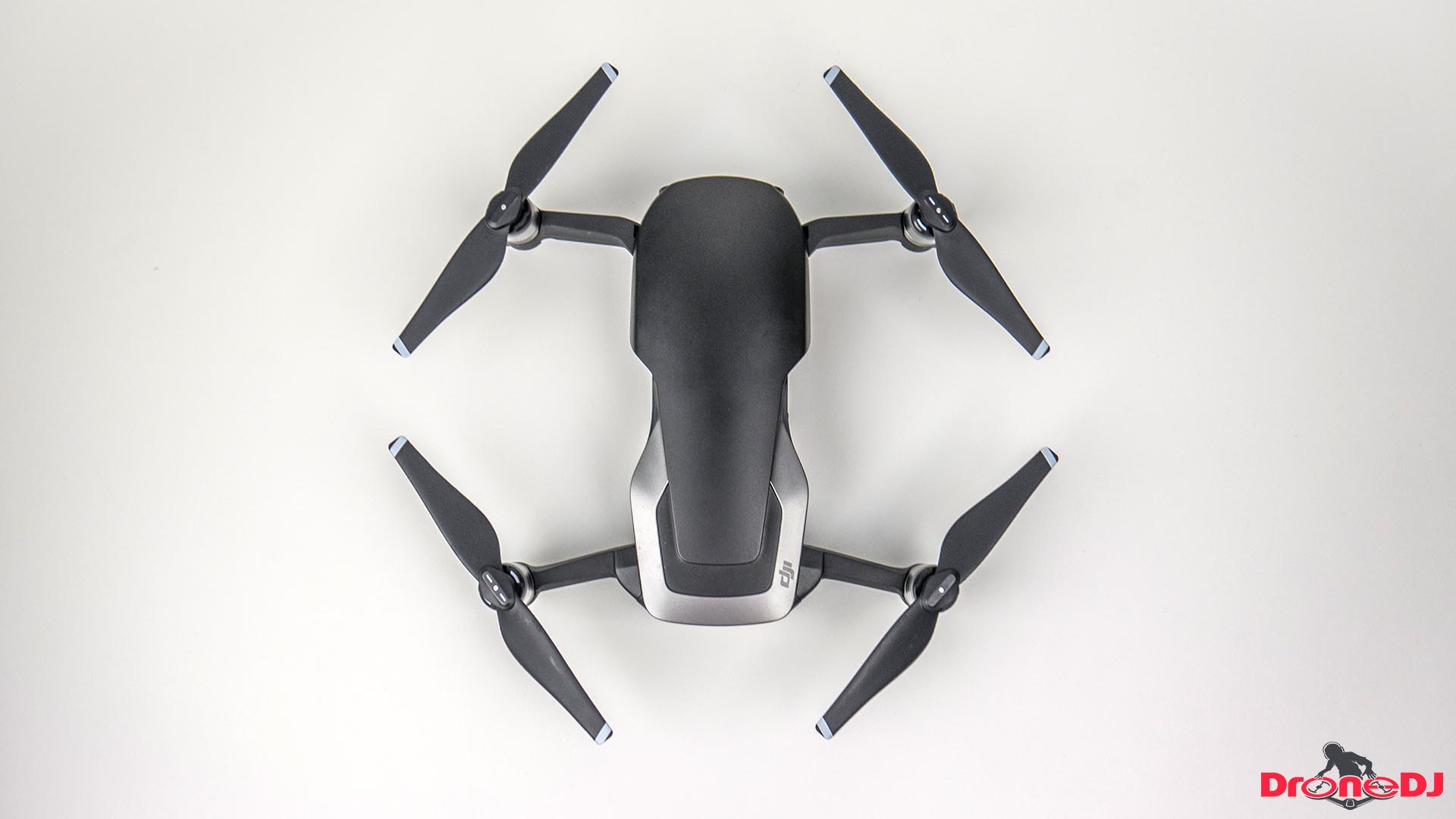 This small drone’s strong points go beyond flight performance as the camera produces high-quality stills and videos. On paper, the Mavic Air matches the Mavic Pro’s camera with the same 1/2.3” sensor, capable of shooting 12mp photos and 4K videos. Both drones also feature a 3-axis mechanical gimbal that keeps the camera perfectly stable as each aircraft pitches forward during normal flight. Aside from their similarities, the Mavic Air arguably takes better images (more saturation and contrast) than the Mavic Pro which was plagued by design flaws from the beginning. The first Mavic Pro I received after launch had a camera that was out of focus on the entire right side of the frame. What ultimately determines which camera is better is the consumers own opinion, so take a look at these example photos and choose which you prefer.

If you aren’t as much of a photographer but prefer to use your drone for videos, watch the short video below comparing the Mavic Air and Mavic Pro’s video quality, all shot in 4K.

The two glaring differences between these two cameras is slow-motion video in full HD and a higher max video bitrate. When recording in 1080p, the Mavic Air is able to shoot at frame rates up to 120 for smooth slow motion videos with a maximum bitrate of 100Mbps. This is a big improvement over the Mavic Pro’s highest frame rate in full HD at 96fps with a maximum bitrate of 60Mbps. I guess on paper they don’t stack up perfectly even with the Mavic Air’s camera performing surprisingly better than the Professional version, but we’ll have to wait and compare it to the Mavic 2.

With every new drone, DJI develops they bake in new software features that make it stand out from their current lineup. With the Mavic Air, they included two new quickshots, Boomerang and Asteroid, which are seriously cool but get old after the first couple of times. As I have flown the Mavic Air more and more, the quickshots have begun to feel like crutches. When I got my first drone, I enjoyed learning to fly manually, getting different shots every time rather than using the same old pre-programmed flight paths.

With FlightAutonomy 2.0, the Mavic Air is the first DJI drone to actively bypass obstacles using Advanced Pilot Assistance Systems (APAS). It’s inevitable this technology will follow suit with future drones from DJI, but currently, it is solely found in the Mavic Air, likely to boost initial sales.

Sometimes reviews focus too much on the new features rather than everyday flying, luckily I have flown the Mavic Air almost every single day and truly carry it around with me everywhere. It’s so small that I am able to fit the drone, three extra batteries, and the remote in my bag and barely notice its there. The removable sticks on the remote make a big difference in how I am able to carry the remote around without having to worry about damaging the sticks. 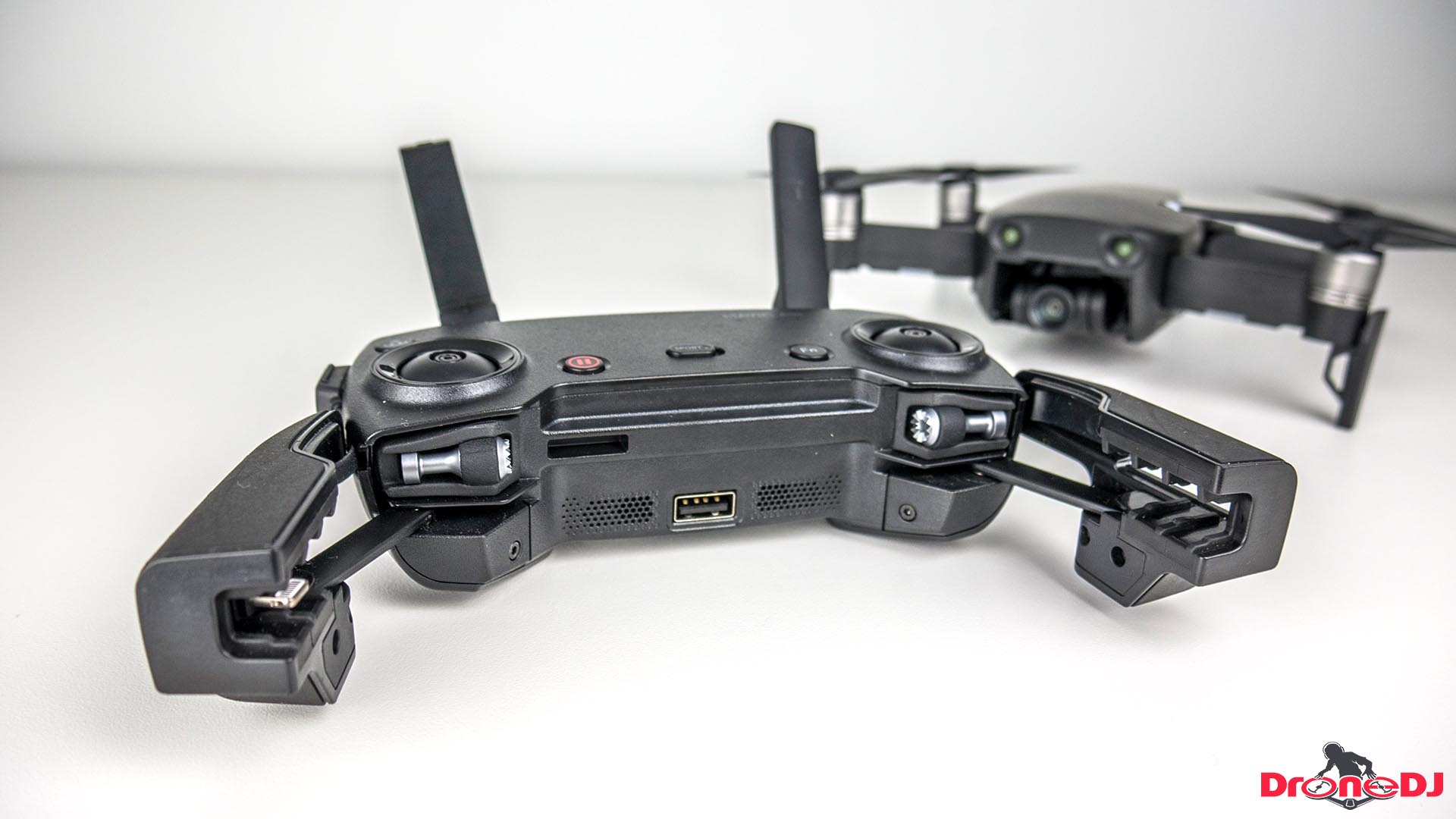 The flight time I have found is just alright. I fly the Phantom 4 Pro more than any other drone that I own, so I am used to around 22 minutes of flight time realistically and although the Mavic Air advertises a flight time of 21 minutes when I find myself flying for more like 15 minutes on average. With a smaller drone comes a smaller battery which in turn means less flight time; my suggestion would be to spend some extra money on the fly more combo or at least an extra battery to stay in the air longer.

The Mavic Air is great, it’s almost perfect but falls just short. Supposedly being a watered down version of the Mavic Pro yet outperforming it in certain categories, it has many strong suits, but its downsides stick out like a sore thumb.

The biggest complaint I have is the WiFi transmission system which is upgraded from what the Spark uses, but still cripples flight experience in congested areas. The advertised range is 2.5 miles and I know this drone can make it to far distances as I have gone miles out over the ocean, but as soon as you try to fly in areas with a lot of interference it’s a different story. Transmission systems like OcuSync and Lightbridge work great under any circumstances making the Mavic Pro and Phantom series feel more powerful whereas the WiFi-based system in the Mavic Air is limiting. 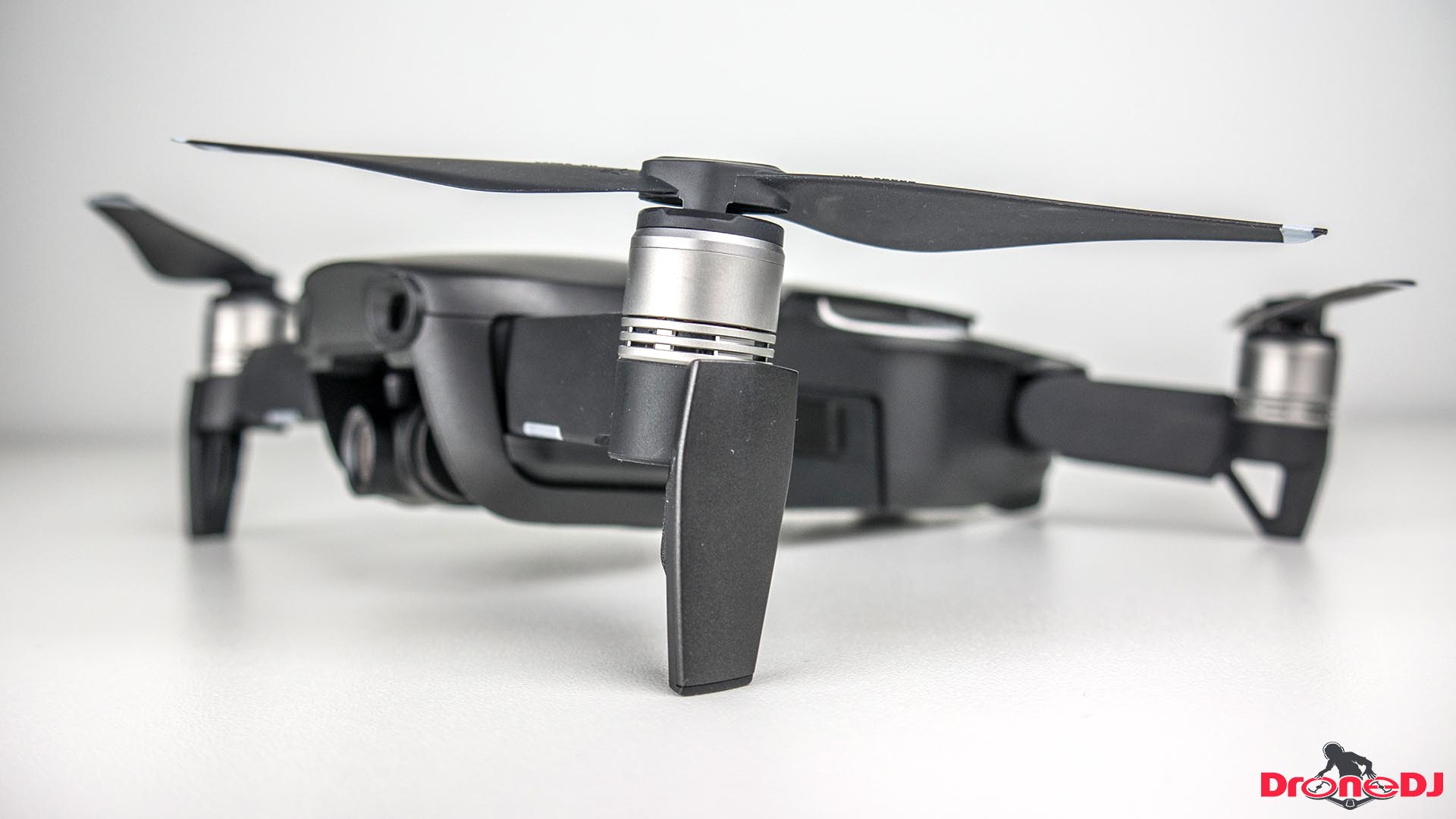 I raved about the Mavic Air’s speed at the beginning of this review calling it one of the fastest drones DJI makes because it’s true, 45mph is downright fast. Here’s the problem; the gimbal reacts poorly to the pitch of the drone shooting the gimbal downwards 30 degrees and banking with the craft as it moves from side-to-side. I shoot in sport mode with all of my other drones and would love to do the same with the Mavic Air, but it just doesn’t work.

These two issues are my biggest, and only, complaints after flying the Mavic Air for 6 months. Like I stated, this drone is nearly perfect. If they added OcuSync and tweaked the gimbal it would be unbeatable for the price but that’s the thing, it would affect sales of the current Mavic Pro. With that being said, we ultimately have to deal with an almost perfect drone because of the price point.

What do you think about the Mavic Air? Have you picked one up? Let us know in the comments below.

Tip: when buying a new drone from DJI, check out their DJI Care Refresh program. It allows you to request up to two replacements within the 12 months that your plan is valid. Doing so will require you to pay another fee at the time of request but it is still a heck of a lot cheaper than buying a new drone. For instance, when you buy a DJI Mavic 2, you can purchase DJI Care Refresh for an additional $139. If you happen to damage (see terms) your drone, you can request a replacement. For the Mavic 2, the first replacement would cost you $119 and the second $139. It provides you peace of mind when you’re flying and as you can imagine, DJI Care Refresh has been very popular.