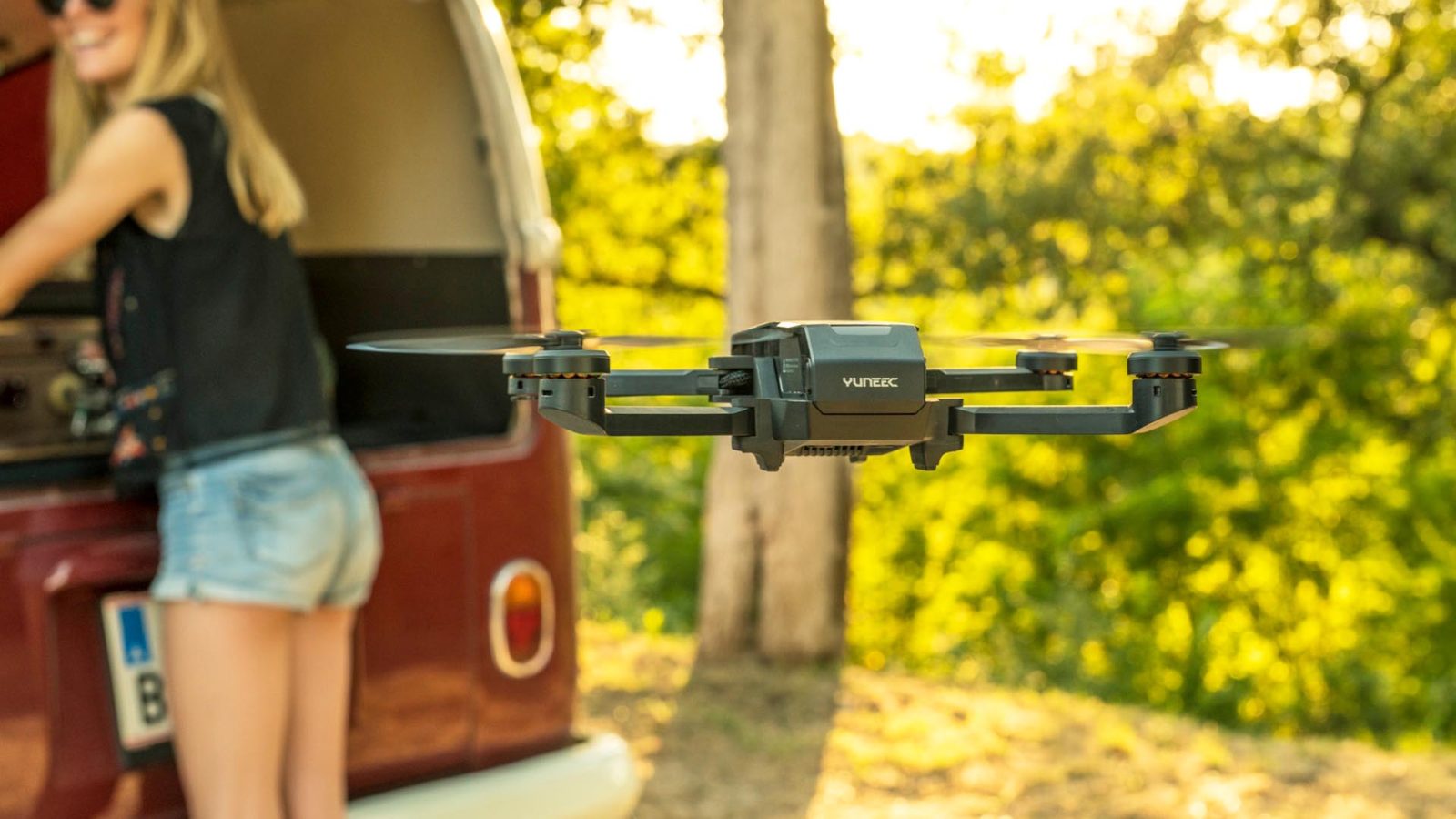 With DJI dominating headlines in the consumer drone market with the expected release of the Mavic 2, Yuneec has quietly released a folding drone of their own called the “Mantis Q” that will only be available in Europe. Upon first glance, this drone might look like any other Spark or Mavic Air competitor, but after a closer look, you’ll come to find it has a decent set of specs. Let’s discuss what makes this drone stand out.

Amongst a slew of gimmicky features found in most folding drones today, the Mantis Q outlasts the competition with an incredible flight time of 33 minutes. With a battery rated to hold 2,800 mAh, this drone can outlast most drones produced by DJI from the Inspire 2 all the way down to the Spark. Granted these advertised flight times are always taken from tests in perfect conditions, but still, we’re looking at a realistic flight time in the high 20-minute range.

Circling back around to those gimmicky features, the Mantas Q is one of the first consumer drones to implement voice controls as shown in the beginning seconds of the video below:

Only time spent with the drone conducting various tests using the voice controls will tell if they are actually useful. That will be coming in a full review soon!

Besides the 33 minutes flight time, the rest of this drone appears to be a let down starting with the 3-axis gimbal… the 3-axis digitally stabilized “gimbal.” The camera is not stabilized by any mechanical arms, instead, it is handled entirely by software which still produces some shake in the video. Sample footage can be seen throughout the video linked above.

The available video resolutions range from 720p to 4K with a maximum frame rate of 60 at 1080p. It’s great Yuneec didn’t limit this camera to full HD, but when shooting in 4K digital stabilization is turned off which questions what the footage will look like. Inside of the camera is a 1/3.06” sensor capable of shooting 13 megapixels but the lack of mechanical stabilization is worrisome.

Continuing on this worrisome path but moving away from the camera, the range on the drone isn’t even one mile (1.5km) and operates over a WiFi transmission signal. Yuneec was never known for their long-range drones considering even the Typhoon H Plus only goes .1km further than the Mantis Q at 1.6km.

Will it actually compete?

The big boys in the drone industry like DJI, Parrot, and Autel have all recently released products that go head-to-head with one another in some shape or form. They each have their own special features that separate them from each other whereas the Mantis Q seems to be left in the dust.

The best comparison to this new drone from Yuneec is their other small drone, the Breeze. The Mantis seems to be an improvement upon what they already built, but they need to do more to give its closest competitor, the Mavic Air, a run for its money.

What do you think about the Mantis Q? Let us know in the comments below.