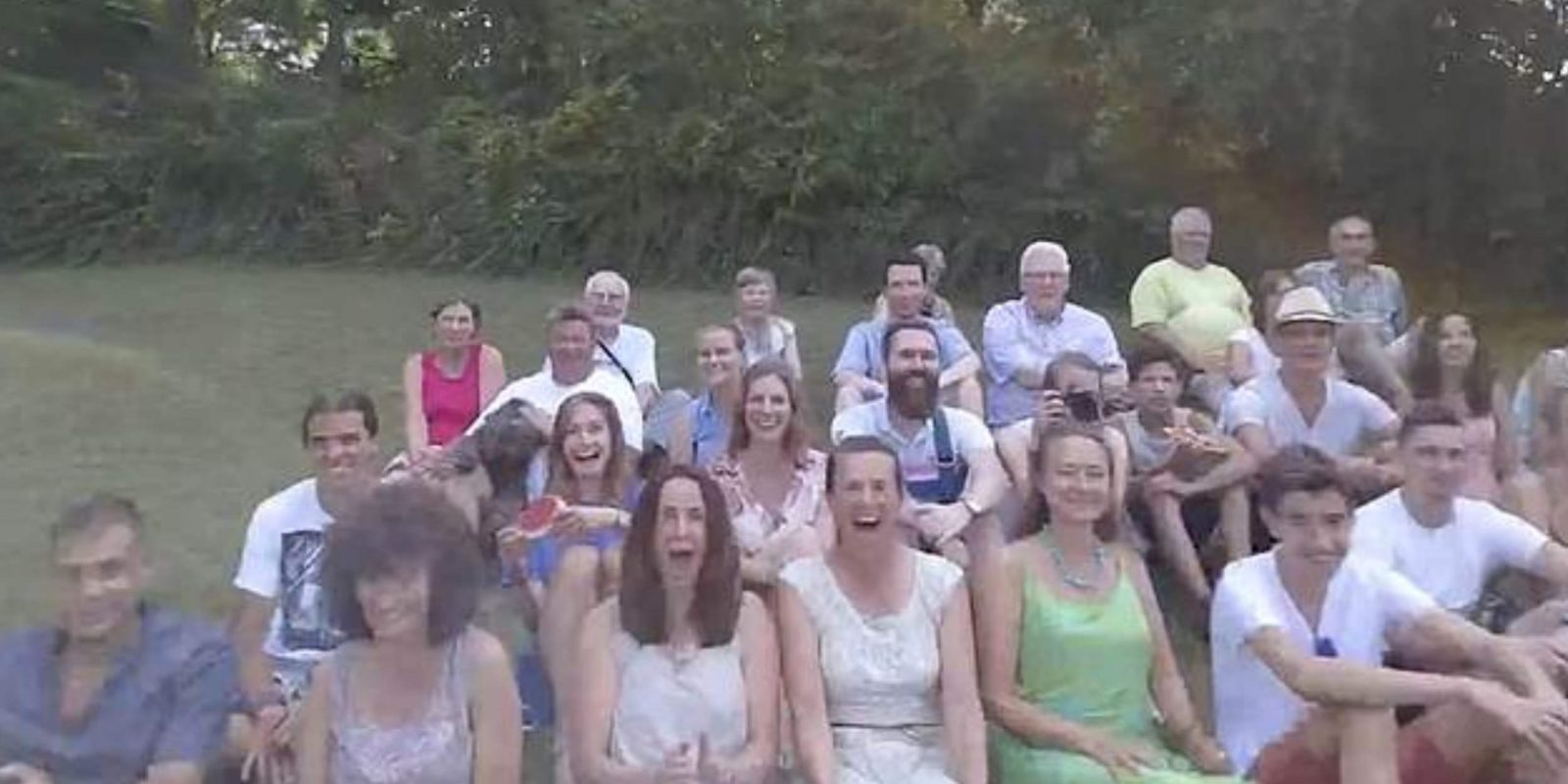 During a family reunion, a clumsy photographer flies a drone straight into a woman’s face. The short video starts with the drone getting into position as the large group is sitting down on the grass, ready to have their photo taken. First, the drone takes off and quickly flies backward underneath some power lines and across the street. Then, as the operator seemingly realizes his piloting error, the drone flies forward to achieve the right composition. Right when you expect the drone to stop, it doesn’t. It keeps flying forward at some considerable speed and straight towards the unsuspecting woman.

At the last moment, right before impact, you can see the woman putting her head down to avoid the inevitable collision. The impact sends the unmanned aircraft tumbling into the grass. Luckily, the woman appears to be unharmed. Only a short moment later the drone takes off again. The pilot, who is sitting at the far left of the group (for the viewer) seems unfazed by the drone incident. The man sitting next to the woman who was hit, however, seems to be quite upset. The pilot sends the drone back up in the air for a second try at the family photo.

The clip was first posted by MailOnline saying that the incident took place in the U.S. However if you look carefully at the license plates on the cars in the video, you will notice that they seem to have European style plates.