Charging your drone in flight with lasers and diamonds 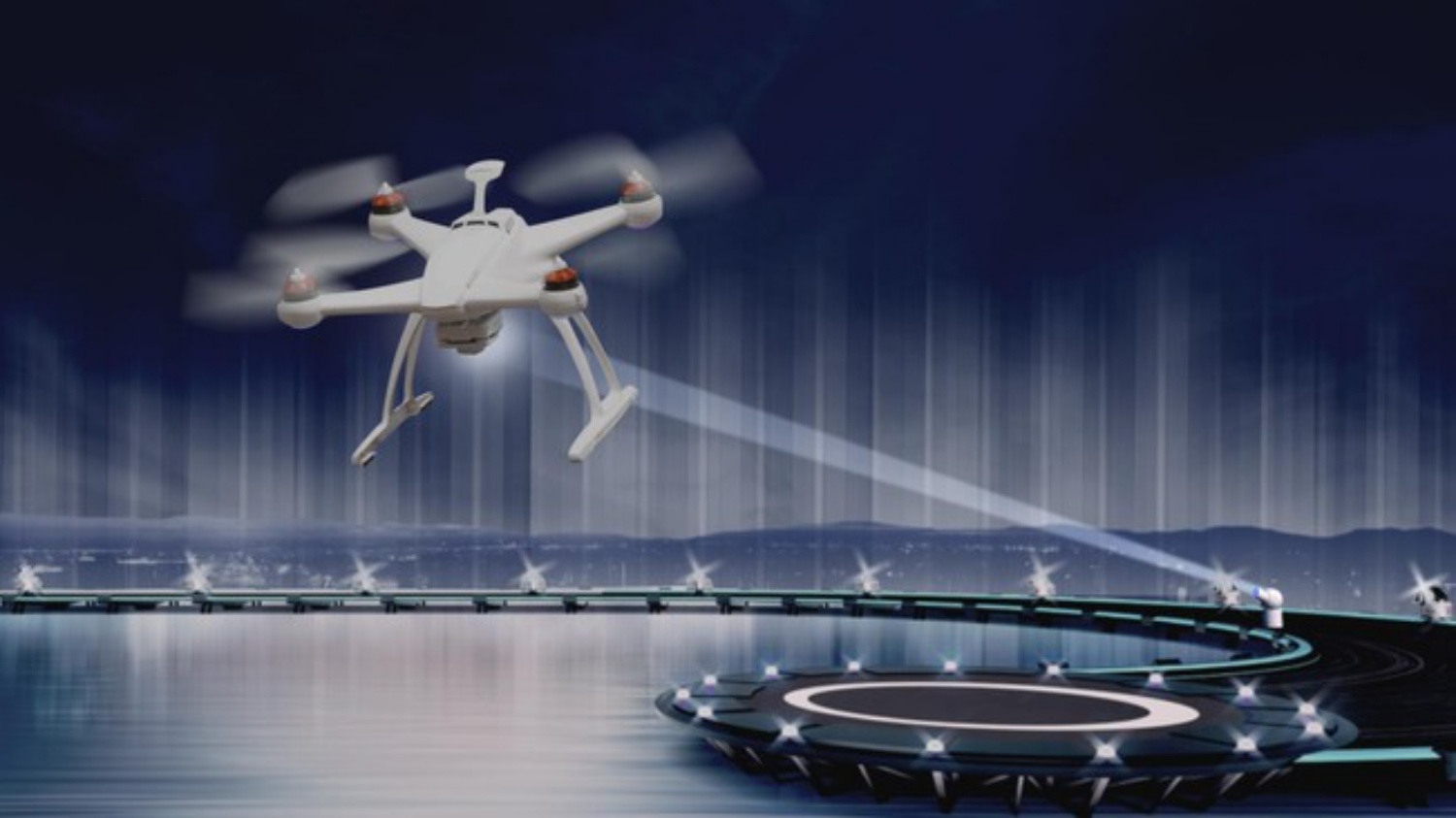 Sounds crazy? That’s what I thought too, but apparently, it’s possible. The Swiss Federal Institute of Technology in Lausanne (EPFL), Switzerland, has just released information about a spin-off start-up, LakeDiamond from their incubator which has developed lab-grown diamonds that can be used to recharge drones in flight.

LakeDiamond uses lasers and diamonds keep your drone in the air

Thanks to the lab-grown diamond, the laser beam can remain strong enough over a long distance to recharge photovoltaic cells on the drones’ surface. According to LakeDiamond the laser poses to risk for humans and can be safely used to charge consumer drones. The company has started using the same technology to transmit both power and data to satellites as of November first. The diamonds used by LakeDiamond are not the natural ones but ones that have been grown in their lab instead.

“Systems developed by other companies and labs, often for military applications, employ lasers that are more powerful and thus more dangerous for humans,” says Pascal Gallo, CEO of LakeDiamond.

His company took the opposite tack: their technology transforms the rays emitted by a simple low-power diode into a high-quality laser beam. LakeDiamond’s system produces a laser beam with a wavelength of 1.5 µm that, in addition to being safe, can travel much farther without losing strength. The beam has a larger diameter, and its rays remain parallel over a longer distance – in this case, up to several hundred meters.

In LakeDiamond’s laser, the light produced by a diode is directed at a booster composed of reflective material, an optical component and a small metal plate to absorb the heat. The breakthrough lies not with this set-up, which already exists, but with the fact that the emitted beam is only a few dozen watts strong. The secret is using a small square lab-grown diamond as the optical component, as this delivers unparalleled performance. LakeDiamond’s system holds the world record for continuous operation using a wavelength in the middle of the infrared range – it delivers more than 30 watts in its base configuration. “That’s equivalent to around 10,000 laser pointers,” adds Gallo.

The lab-grown diamonds’ key properties include high transparency and thermal conductivity. Achieving those things – and mastering the nano-etching process – took the researchers over ten years of development. LakeDiamond grows its diamonds through a process of chemical vapor deposition, an approach that ensures their purity and reproducibility. The surfaces of the resulting tiny square diamonds are then sculpted at the nano level using expertise developed in Niels Quack’s lab at EPFL (read the EPFL article on this topic). Thanks to their inherent properties and etched shapes, the diamonds are able to transfer heat to a small metal plate that dissipates it, while at the same time reflecting light in such a way as to create a laser beam.

“To achieve greater power – say to recharge a larger drone – these lasers could easily be operated in series,” says Nicolas Malpiece, who is in charge of power beaming at LakeDiamond.

The company’s remote recharging system works in the lab but will require further development and refinement before it’s ready for field use. What would happen if a drone flies behind an obstacle and is cut off from its laser energy source? Several approaches to this problem are currently being explored. A small backup battery could take over temporarily, or, for information-gathering missions over rough terrain, for example, the drone could simply return to within range of the laser in order to top up its battery.

This energy transmission system is also interesting for other areas of application. It can for example be used for charging and transmitting data to satellites. The development of the system is included in a support program of the Swiss Space Office, which began on 1 November and runs for two years.