The Hoversurf Hoverbike is a deathtrap, the Dubai Police Department is all-in 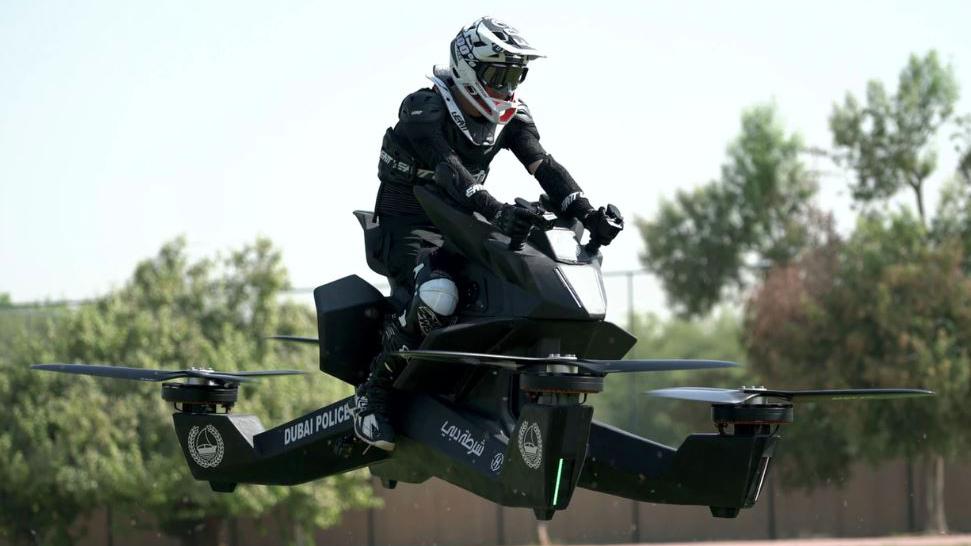 As their latest publicity stunt, the Dubai Police department just took ownership of their first hoverbike. The Hoversurf Hoverbike first showed up on the scene in early 2017, back when Hoversurf was still a Russian outfit. Now they are a “California based company,” in the land where dreams come true and FOMO (fear of missing out) money is plentiful. Not that customers are lining up to buy the human blender. The $150,000 hoverbike had to be gifted to the same Dubai police department that can afford Aston Martin and Bugatti supercars.

For some reason, most news outlets are happy to report on this story and cover the Hoverbike as an innovative product. It’s fun to present a drone that can be ridden, even it is both pointless and extremely dangerous. I am going to call the Hoversurf Hoverbike what it is, a deathtrap. This aerial amputator is the single most dangerous mode of transportation that I can think of in the history of dangerous modes of transportation.

The Hoversurf Hoverbike will the slowest powered vehicle in Dubai’s fleet (Source: Hoversurf)

Maybe the best part of this ridiculous story is that, according to Hoversurf, you don’t even need a driver’s license or a pilot’s license in the United States to risk your life and the lives of everyone around you. The Hoverbike falls into some kind of bizarre safety loophole. You don’t even need to pass a test to fly this thing. That’s probably good, because if you are willing to step onto one of these then test-taking probably isn’t your strong suit. 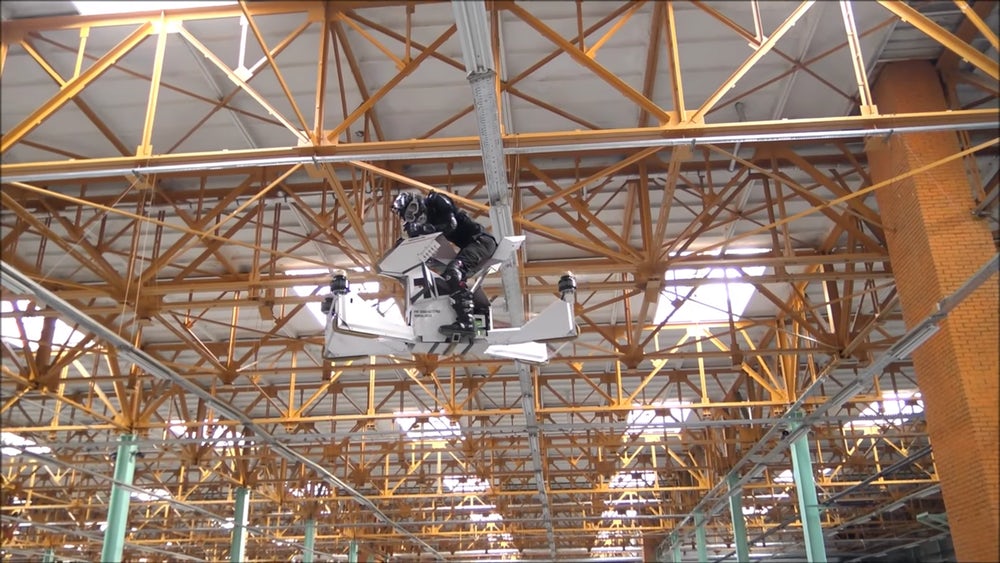 The best “safety feature” on the Hoverbike is that it runs out of battery in 10-25 minutes. If you are 10 miles away then hopefully the Hoverbike will stall out before it gets close enough to injure you. The top speed isn’t anything to brag about either. The Hoverbike moves at 60 miles-per-hour when you crank it up from “chop” to “puree.” At that speed, it can’t keep up with a Fiat, let alone Dubai’s fastest police car in the world, the Bugatti Veyron. 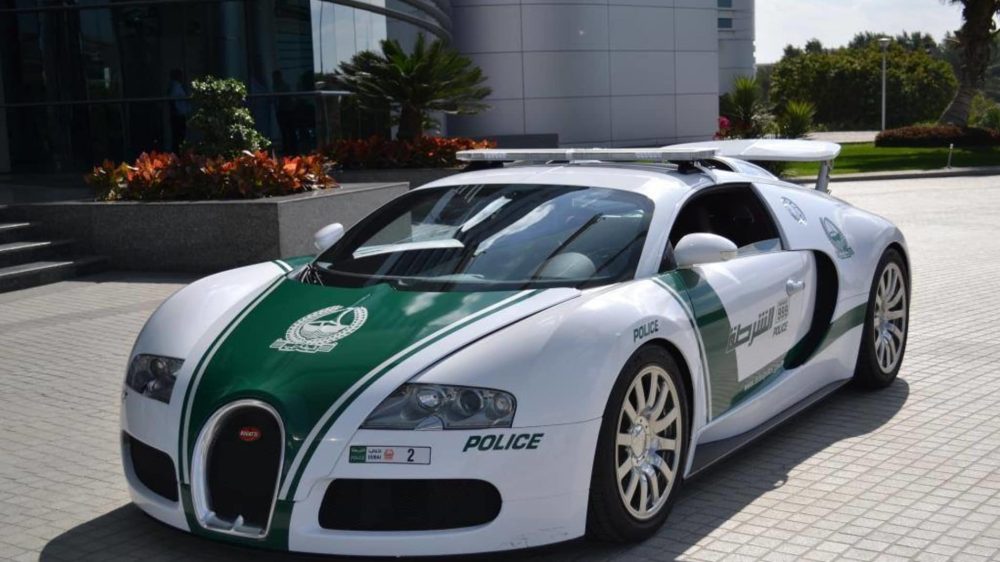 To chase a supercar you must own a supercar. The 1.6 million dollar Bugatti Veyron. (Source: Dubai Police Department Facebook Page)

How about some prop guards?

I am no fan of propeller guards on my drones. On most drones, they just add bulk and weight while offering little protection. The new DJI Mavic Pro 2 ($1,249 – $1,499) doesn’t even come with guards. But I don’t ride on top of my drones and my drones can’t decapitate me in the event of an unfortunate endo. The Hoverbike from Hoversurf can’t seem to spare the extra weight that it would take to protect the ankles of the pilot and the heads of innocent bystanders. 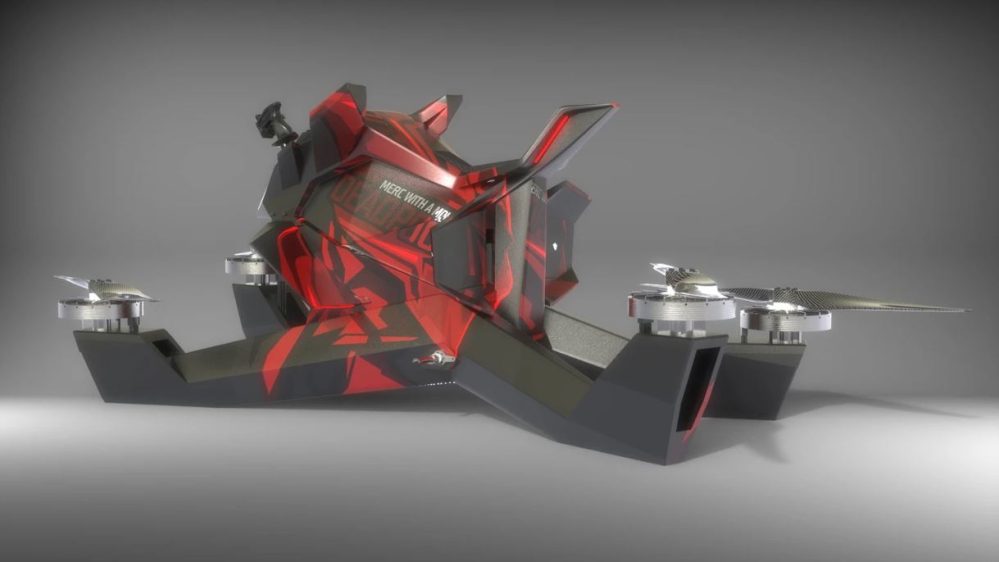 Surreal to say the least, Hoversurf is marketing a Deadpool version of the Hoverbike. Unfortunately, unlike Deadpool, your limbs won’t grow back. (Source: Hoversurf)

Top 5 reasons why the Hoversurf Hoverbike is a bad idea

Enough ranting, let me just list all of the reasons why the Hoversurf Hoverbike is a terrible idea:

If you disagree please, go buy one. For $10,000 Hoversurf will fly you to their headquarters and give you personal training. Then you can make a down payment on your $150,000 Hoverbike. Just please upgrade your life insurance and AD&D insurance before you go. The second “D” is for dismemberment, so you should be covered.