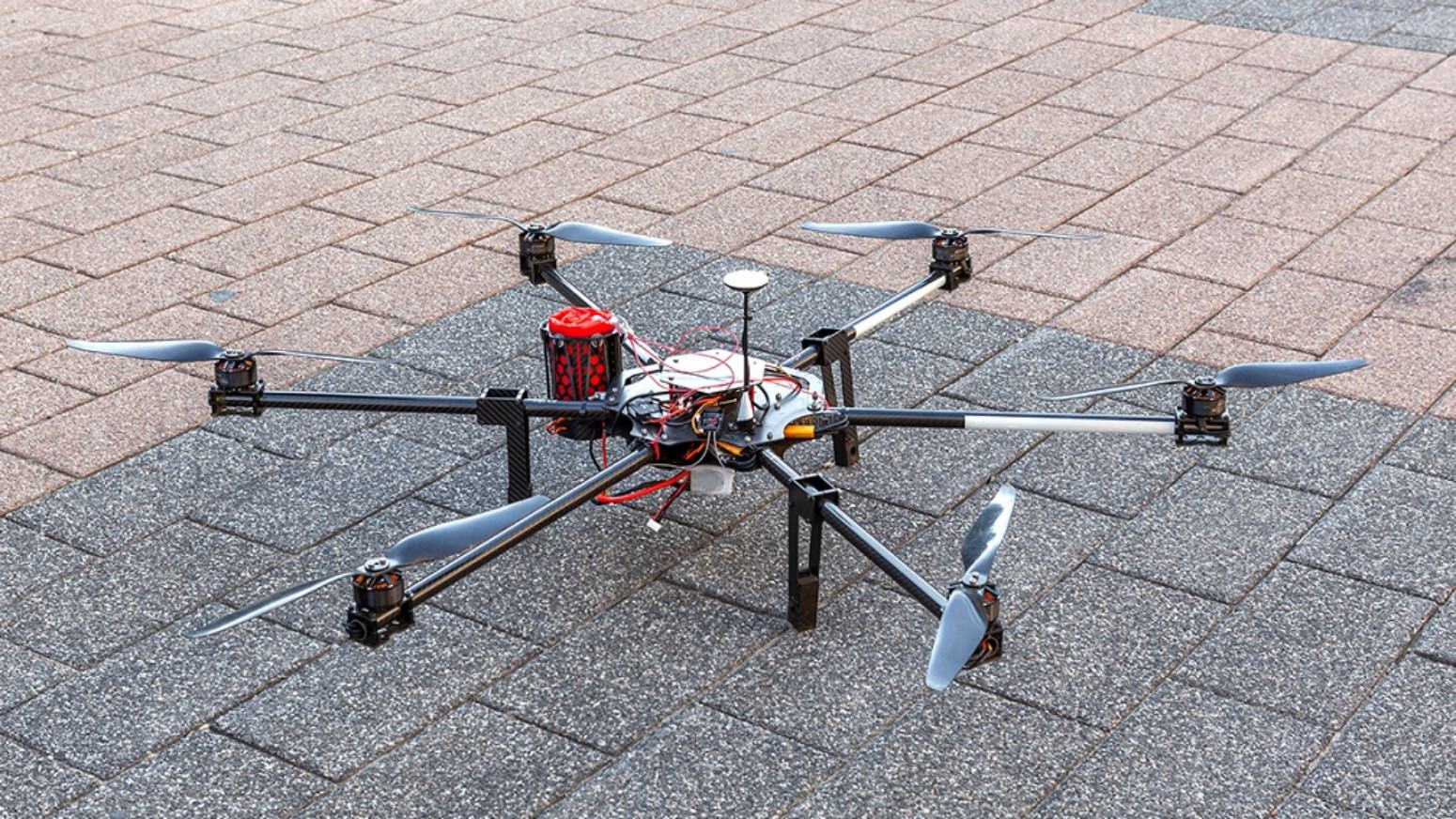 Intelligent Parachute Rescue System for DJI M600 made in Austria. In the development of the parachute rescue systems of Drone Rescue Systems GmbH, the main focus was on the reliable, autonomous crash detection. A potential operation Beyond Visual Line of Sight (BVLOS) should be possible in case of emergency. This orientation also applied, as the first drone-specific parachute system was developed: the DRS-M600 for the DJI M600.

Intelligent Parachute Rescue System for DJI M600 made in Austria

In the development of the parachute rescue systems of Drone Rescue Systems GmbH, the main focus was on the reliable, autonomous crash detection. A potential operation Beyond Visual Line of Sight (BVLOS) should be possible in case of emergency. This orientation also applied, as the first drone-specific parachute system was developed: the DRS-M600 for the DJI M600.

The DJI M600 is employed in many commercial and industrial applications. “Consequently, for us it was a natural step to develop our first specific parachute system for this model”, related Andreas Ploier, CEO and co-founder of Drone Rescue Systems GmbH. The DJI model is used frequently, especially for surveying tasks and aerial photographs. Both the drones as well as the on-board systems, such as cameras and measuring instruments, often represent a considerable investment for the users. It is therefore all the more important, to enable a safe and fast landing in hazardous situations, in order to protect hardware as well as people in the field of operations.

“We ourselves have learned from experience in our immediate vicinity, that a drone crash can bring a service provider down with it. For this reason we were determined to develop a system, that reacts faster than the pilot and can be used in an emergency, even during BVLOS operations”, Ploier elaborated. The DRS system was therefore equipped with electronics and intelligence, that quickly detects a potential crash and ejects the parachute autonomously and fast. The entire parachute system is system-independent and can be deployed even with a total failure of the drone.

Attention was thereby paid consistently, not to reduce the possible payload capacity and flying time resp. range of the drone through the parachute system. “Thanks to the carbon cage for the parachute and the miniaturization of the electronics, we were able to reduce the weight to a minimum. The complete system weighs only 420 g”, declared Ploier. This weight was also achieved by dispensing with pyrotechnics as trigger mechanism. Consequently, the DRS-M600 is not subject to any safety requirements or hazardous goods regulations and can therefore also be carried on passenger aircraft without official requirements. In an emergency, the parachute itself is catapulted out of the cage by a robust elastic cord system. The parachute design is rectangular and is therefore particularly pendulum- and wind stable. “This is particularly important, because the parachute should be unfurled very quickly. Our goal was to develop a parachute system, that can be deployed from an altitude of 10 m. With the design of the parachute and the fast trigger mechanism, we have achieved this goal”, stated Ploier happily. Due to the short reaction time of the entire system, damaged drones are quickly brought to a stable sink phase, whereby the kinetic impact energy is also reduced.

The DRS-M600 can be easily mounted on the DJI M600 at any time and requires very little maintenance. The parachute trigger mechanism can be easily attached and detached without mechanical effort by means of a bayonet catch. Even during turbulent flight or strong vibrations, the bayonet catch guarantees a reliable connection between parachute system and drone. Thanks to the “Mount & Fly” function, after its installation the DRS-M600 is immediately operational. All flight movements are recorded by the electronics and saved. “As a result, in the event of damage this data can be analyzed and if necessary forwarded for clarification”, stated Ploier. Depending on the insurance company, this may lead to discounts to the insurance premiums for drones. “We have already spoken with international insurance companies about this and they showed great interest. But a reduced premium is also interesting for the insured party, since this way he can refinance the acquisition cost of the DRS-M600”, explained Ploier. Furthermore, thanks to the parachute system, flight permits and licenses according to the new regulations acc. EASA-Specific Operations Risk Assessment (SORA) are more easily issued.