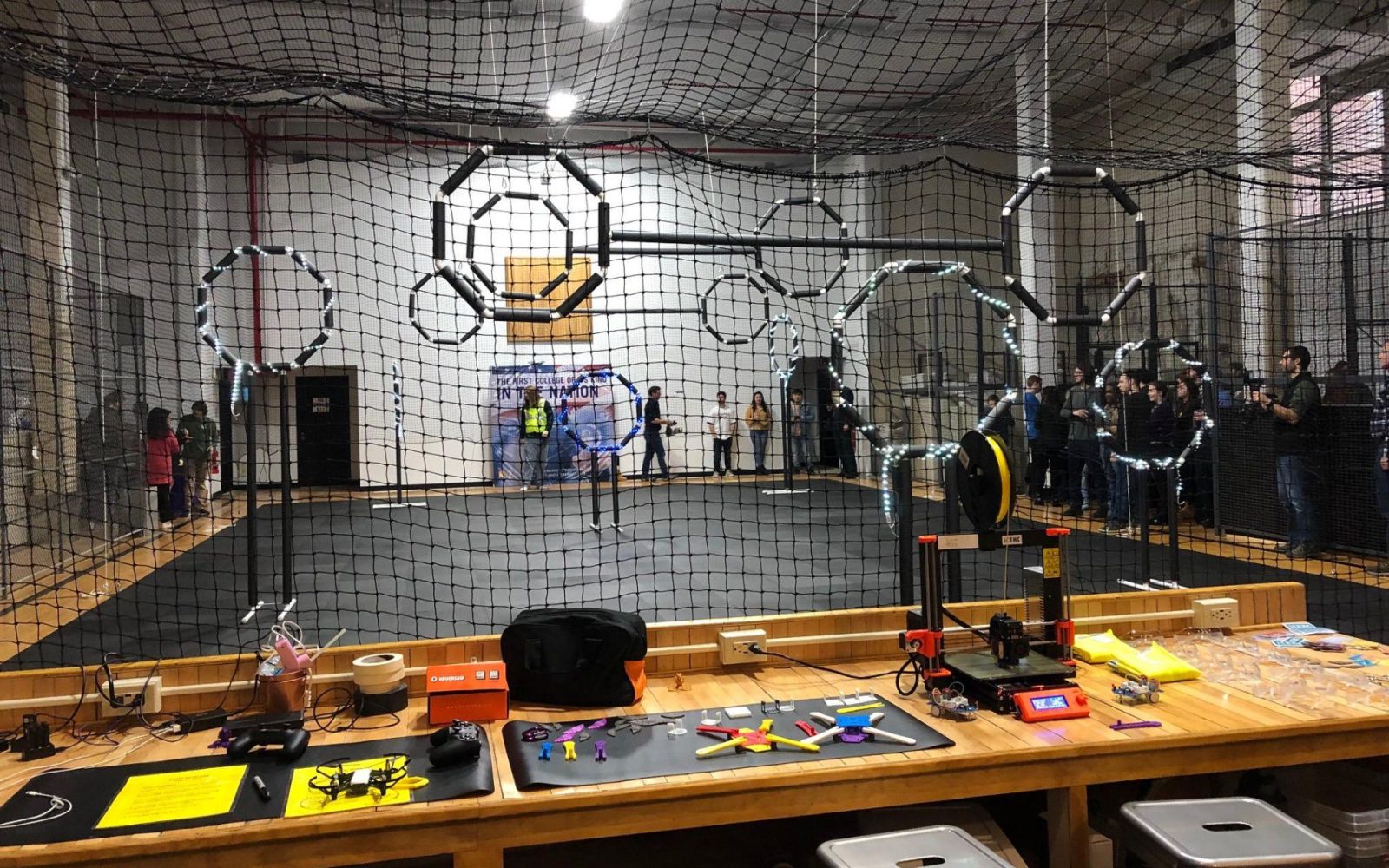 More and more colleges and universities around the country are integrating drones in either their research or curriculum. The University at Albany’s College of Emergency Preparedness Homeland Security and Cybersecurity has now opened up its new drone flight research center in Albany, NY.

A new drone flight research center was opened at the University at Albany’s College of Emergency Preparedness Homeland Security and Cybersecurity in Albany, NY.

The flight research center is based in a former basketball gym on the downtown campus. The gym was built in 1929 but hasn’t been used for decades. According to WAMC, CEHC Assistant Professor Brandon Behlendorf said:

“We’ve essentially taken a spot that hasn’t been used in 40 years and we’ve woven into it emerging technology and the utilization of that technology for emergency response, security applications as well as new commercial capabilities and made it available to students here at the UAlbany campus. It excites me because we’re in an age where technology is democratizing. When that happens, innovation happens both within and outside of a laboratory environment. What we’re creating here is an opportunity for folks who have never experienced flying a drone, never experienced 3D printing a part or an application, and they can get their hands dirty in understanding the technology. And from there, what they innovate with it, what students come up with, the ideas that faculty can generate… who knows?”

The drone flight research center includes a net-enclosure on what used to be the basketball court where students can safely fly their prototype drones. One of the students, Cal Rhodes said:

“This is our drone setup that we got right now. It’s controlled by a Playstation 4 type controller where you’ve got bumpers on the back, and then buttons on the front and a D-pad and two joysticks. And then you connect your iPhone or Samsung or whatever phone you have via WiFi, and then you are also able to connect the controller using bluetooth with your phone. So all three are synced up: phone, controller and drone.”

Hannah Hage, another one of the students is taking the Drone Law and Legal Ethics course. She says that with the millions of drones currently in use the legal ramifications surrounding outdoor drone flight are still being sorted out between states and the FAA.

“It’s hard to say if they will allow individual state and local governments to implement laws regulating drones. And there are of course arguments to be made on both sides. Both sides have very good points and I can see it going in either direction. To be honest it’s a little too soon to tell. The FAA has already begun regulating. That’s why you have to register with the FAA, you need to let them know when and where you’ll be flying, you know a number of things, just for the safety of our airspace.”

“Obviously our students are one of them and for students who are participating in our applied technology courses the idea of combining our 3-D printing courses with our drone development courses. Our homeland security students are interested in it because it is fundamentally going to change both risk and threat and opportunity for homeland security. And our emergency preparedness students are looking at this as a technology that can change how we actually respond to disaster. Which brings in our second group, which is the first responders. In fact we’ve already had first responders from the region in, working in this facility, receiving training on drones and we really view this as a first step in teaching our regional firefighters, paramedics and police officers how to use this technology so they can think about operationalizing it. And the third group is our industry partners, because we see this as the potential hub for growth in the Capital Region of a whole drone industry.”