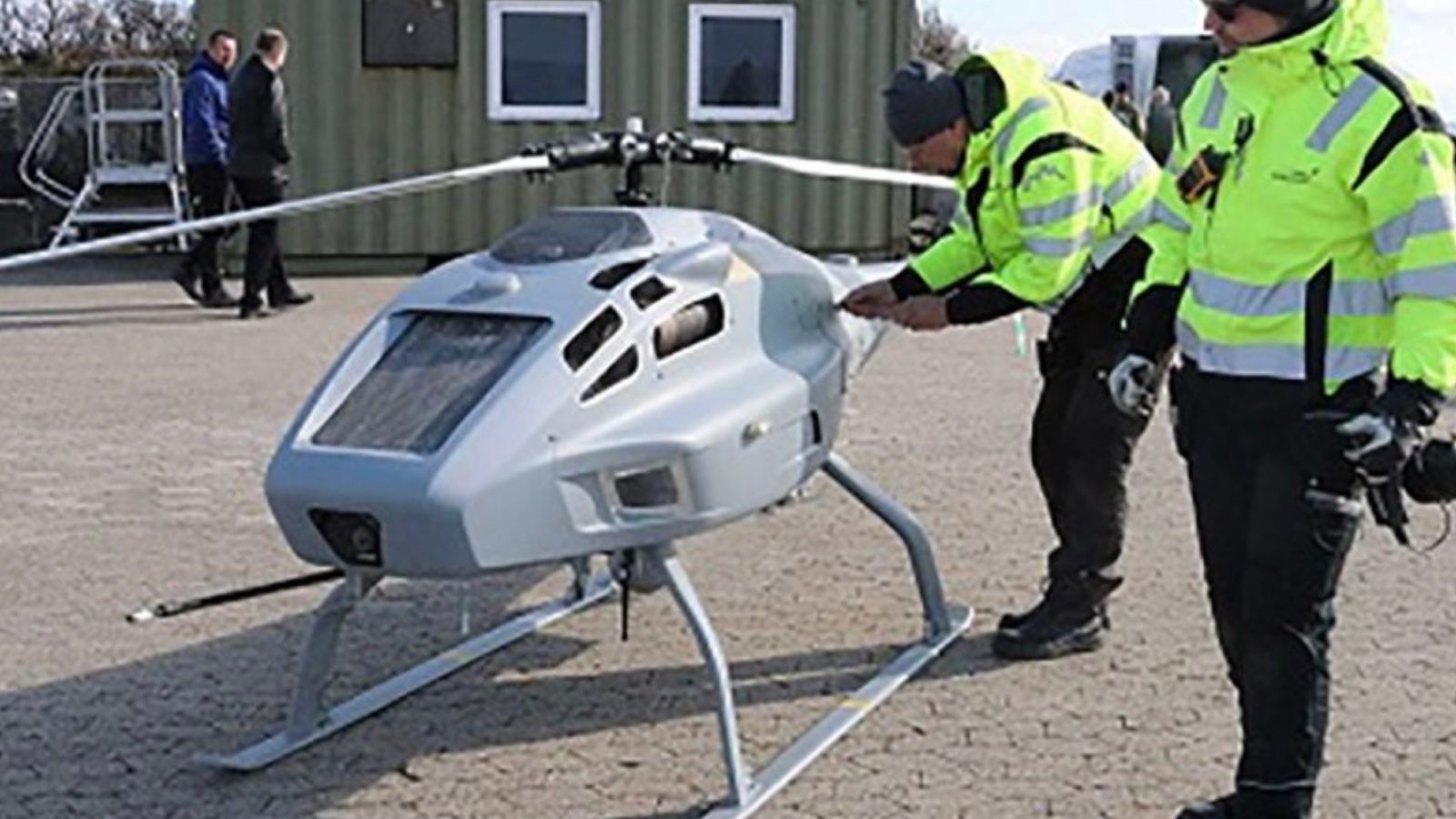 Shipping authorities in Denmark have adopted a Remotely Piloted Aircraft System (RPAS) to detect shipping sulphur emission levels. The shipping emissions detection system, developed by the European Maritime Safety Agency (EMSA), will be deployed along the Great Belt region where large tankers travel from and to the Baltic Sea.

To monitor the emissions, special UAS Skeldar V–200 drones equipped with sulphuric gas sensors or so-called ‘sniffers’ capable of detecting and measuring in real-time the sulphur emission levels in the ship’s exhaust plumes, will be used.

To measure the sulphur levels of a ship the drone will be flown at a 300 feet distance from the vessel. Each measurement takes about five to ten minutes.

The measured emissions data will be transmitted directly to the relevant authorities in Denmark. When ships are found to have exceeded the EU’s maritime emissions regulations, the offense will be reported to the THETIS-EU, EMSA’s port control information system.

For the sulphur sniffing drone operation a special waiver has been issued that allows the aircraft to fly up to 50 km (31.25 miles) miles beyond-visual-line-of-sight (BVLOS). In reality however the drones will be flown up to 20 km (12.5 miles) from the base station, reports DroneWatch.

The use of drones or the so-called RPAS monitoring system is expected to increase the enforcement of the EU Sulpher Directive, that limits passenger vessels to fuels with a maximum sulphur content of 1.5%.

The sulphur sniffing drones will also be equipped with cameras and thermal cameras that can photograph the ships both during the day and at night. The unmanned aircraft also feature an Automatic Identification System (AIS) receiver to identify and track offending ships.

The flight path of the drones can be tracked in real-time using EMSA’s RPAS data center. Data such as flight details, images, video and measurement information will also be available.

EMSA has developed RPAS or drone-based solutions to assist in maritime surveillance operations in fields such as illegal fishing, drug trafficking and illegal immigration, as reported by Government Europa.