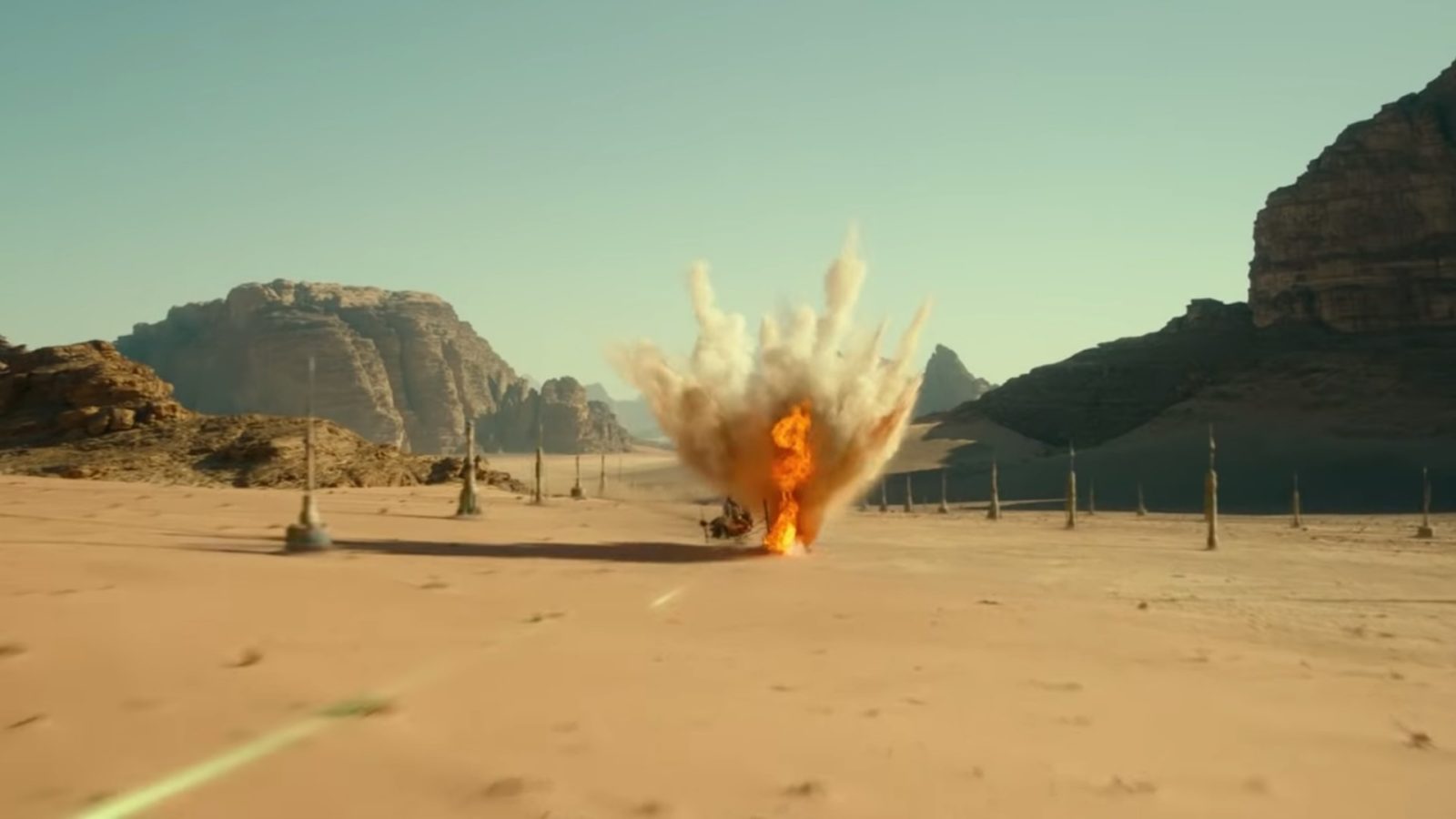 At AUVSI’s XPonential 2019, I was lucky enough to stumble into a presentation called “Drones in Hollywood.” It is generally a pretty good assumption that a conference session will disappoint and not live up to its title. This presentation was an exception. Rather than provide a dry lecture devoid of details, the presenter, Aaron Corera of XM2 Cine, told us all about the drones and cameras used on Hollywood sets. He also revealed that it was their company that was contracted to film Star Wars Episode 9 in which they used this XM2 drone.

Aaron and the rest of the team at XM2 are clearly proud of their accomplishment. They all sported Star Wars T-shirts on the conference floor. Star Wars is far from the first Hollywood film for XM2. They have worked on other big-budget productions including Pirates of the Caribbean, Aquaman, and WestWorld. The Australia-based company got their first big break with Lion, the award-winning film about an orphan child in search of his birth mother. 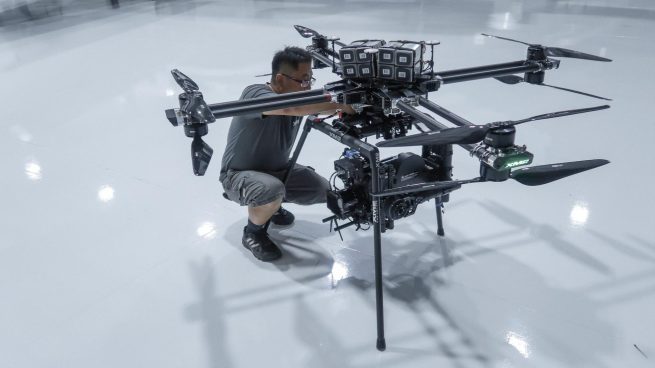 An XM2 employee is dwarfed by the 150-pound XM2 Sierra

XM2 got its start as a cinematography company, using off-the-shelf drones from companies like DJI to capture high-quality footage. That worked until directors asked for more. Every drone has its limit and XM2 couldn’t find what they needed. So naturally, they built a bigger drone.

Btw – If you have not seen the trailer for Episode 9, The Rise of Skywalker then you totally need to check it out. The footage captured by XM2 is heavily featured in the trailer. If you are like me then you will feel the hairs on your neck stand up watching the teaser.

XM2’s workhorse drone is the hexacopter called Tango. This beast can carry a payload of close to 20 kg (44 pounds) and fly up to 44 miles per hour. The Tango sports lifting legs and can carry ridiculous cinema cameras like the Red Monstro, capable of recording in 8K at 60 frames per second. 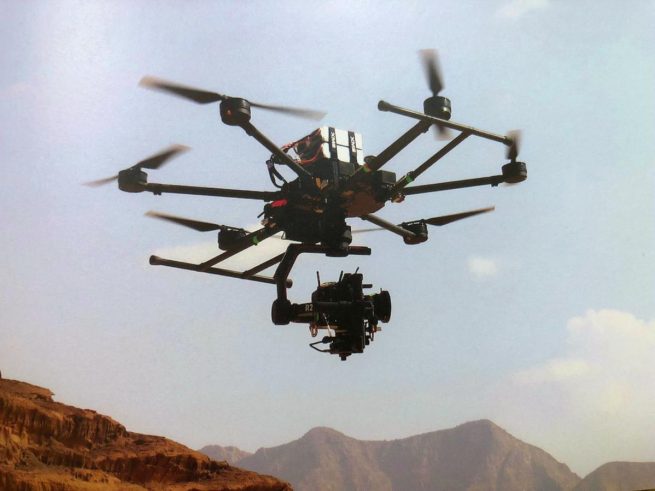 Check out the batteries stacked on top of the XM2 Tango

When a director tells you they want to put their favorite powerhouse camera in the air, you can’t say no. In 2018 XM2 built the first drone capable of carrying the Arri Alex 65 in order to meet the needs of the modern cinematographer. The Alexa 65 uses 20 megapixels to record 6K footage on a 65 mm sensor with 14 stops of dynamic range. With the ability to hoist up to 30 kg (65 pounds), the XM2 Sierra is up to the task. 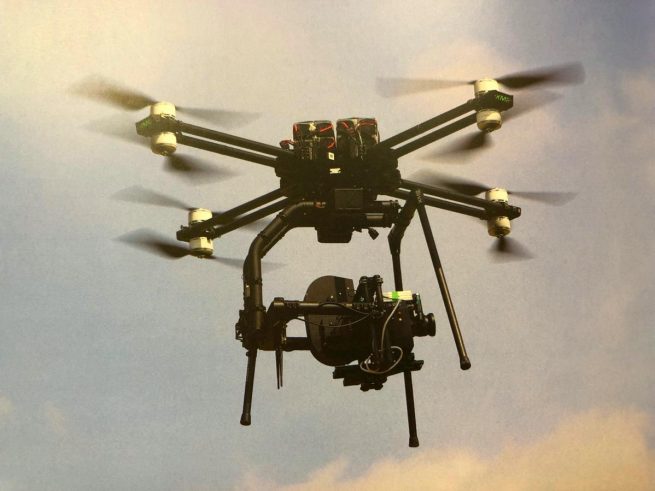 The XM2 Sierra will set you back about $70,000. That may seem like a lot, but not compared to the payload. An Alexa 65 body alone (no lens) costs more than $150,000. To stick with tradition, it is most likely that director JJ Abrams wanted to use a Panavision film camera for Star Wars Episode 9. After all, that’s what he is reported to have used in The Force Awakens. No worries, the XM2 also carries 65mm and 75mm film cameras.

Make sure you check our Haye’s interview of XM2 COO Aidan Kelly for even more details on XM2 and the drones that they fly.