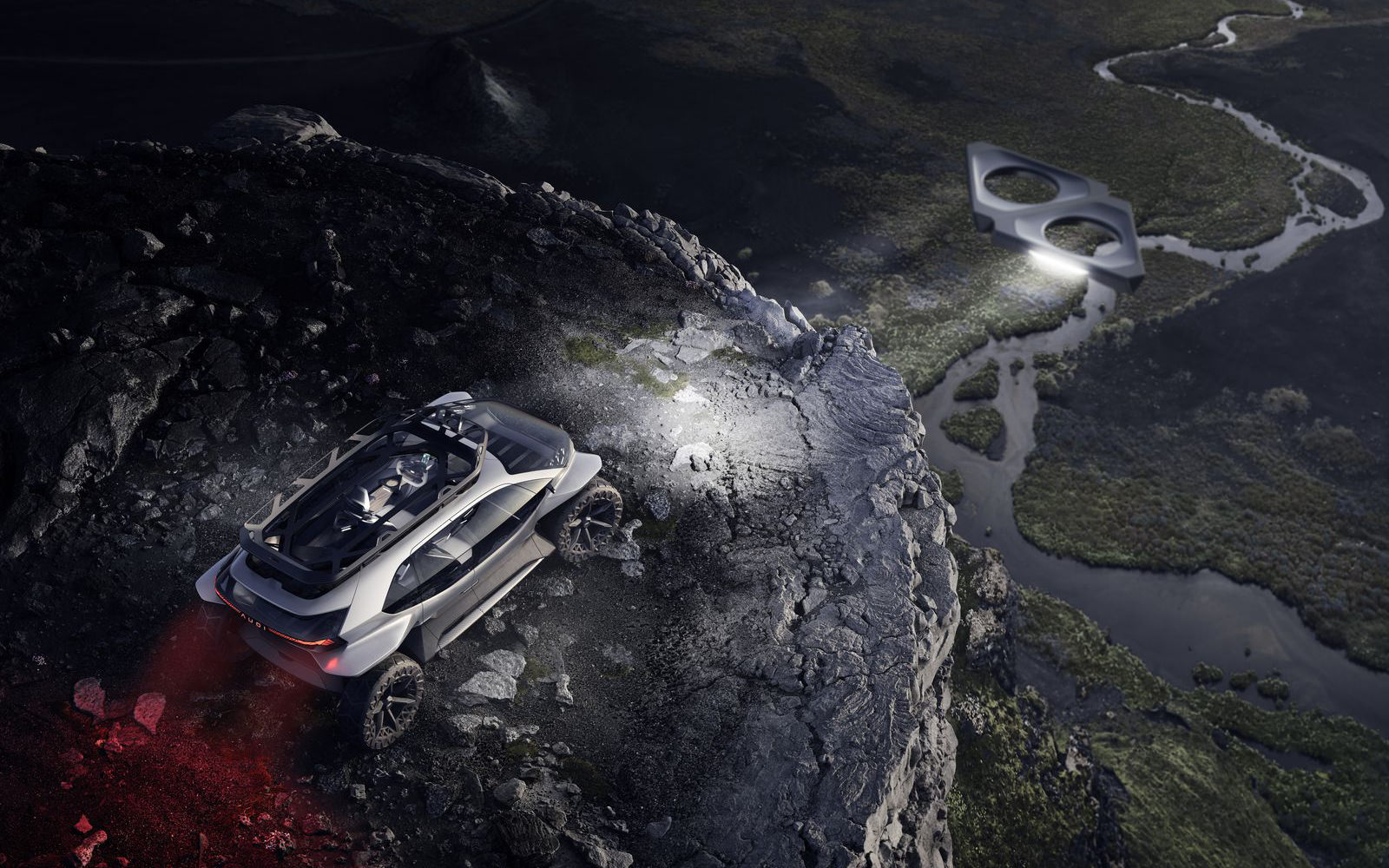 Audi has used drones for headlights in a new electric vehicle concept car that was shown at the 2019 Frankfurt Motor Show. The new EV is called the Audi AI:Trail and like most concept cars, will likely never enter production. The design team at the German car manufacturer took things one step further on this vehicle and included five rotorless, triangular, battery-powered drones with integrated matrix LED lights to light up the path in front of the car.

Audi explains the idea behind the drones as headlights for the AI:Trail concept EV as follows:

Instead of conventional low beams and high beams, the Audi AI:TRAIL is equipped with a total of five rotorless, triangular, electrically operated drones with integrated matrix LED elements. They are capable of landing on a roof rack or directly on the roof of the vehicle, and docking onto the inductive charging elements.

The flying objects are Audi Light Pathfinders, which generate their lift in the same way as bladeless fans produce their air flow. Thanks to their markedly lightweight design, they can fly ahead of the AI:TRAIL, consuming comparably little energy in the process, and illuminate the path ahead, thereby replacing headlights entirely. If desired, the on-board cameras generate a video image that can be transmitted to the display in front of the driver via Wi-Fi, turning the Pathfinders into eyes in the sky.

It is not the first time we have seen car manufacturers turn to drones to spice up their concept cars. Previously, we saw Porsche use a drone in a commercial for one of their vehicles as well. Whether the use of drones for headlights is practical remains highly doubtful but Audi is throwing it out there anyway.

What do you think? Let us know in the comments below.