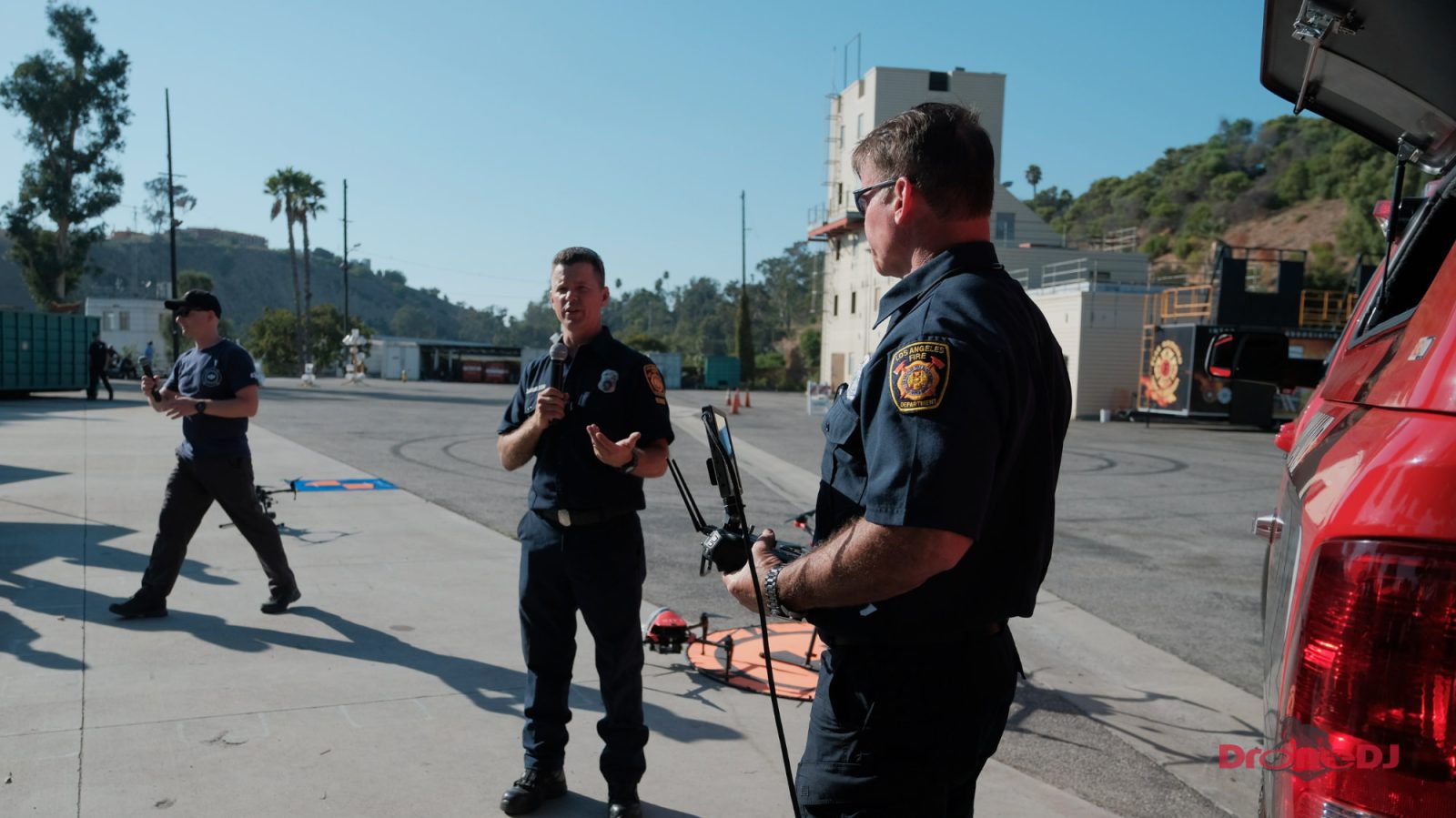 The Los Angeles Fire Department (LAFD) is looking to significantly increase its drone fleet. The LAFD is one of the largest fire departments in the United States next to New York City and Chicago. With an annual budget of about $691 million and 3,500 employees, the department responded to 492,717 calls in 2018.

Currently, the LAFD has a fleet of 11 drones, but Battalion Chief Richard Fields, the head of the Department’s Unmanned Aerial Systems program, would like to see that number go up significantly.

In April, the fire department signed a deal with drone maker DJI to start using more of its products during firefighting situations. DJI has referred to this deal as one of its largest partnerships with a firefighting agency in the United States.

“We are excited to be strengthening our partnership with the LAFD, one of the nation’s preeminent public safety agencies, to help them take advantage of DJI’s drone technology that has been purpose-built for the public safety sector,” said Bill Chen, Enterprise Partnerships manager at DJI, in a statement according to TechCrunch. “Through our two-way collaboration, DJI will receive valuable insight into the complexities of deploying drones for emergency situations in one of the most complex urban environments in the nation.”

Now, Fields plans to significantly increase the number of drones that the LAFD is using.

“Our next iteration is to start using our drones to assist our specialized resources,” said the battalion chief, referring to firefighters and support crews that deal with hazardous materials, urban search and rescue, marine environments and swift water rescues.

The technological demands of the fire department extend beyond the drone itself, he added. “There are a lot of technologies that allow us to make the drone more versatile… The most valuable tool isn’t the drone; it’s the sensor.”

One of the most valuable sensors the LAFD uses are the FLIR thermal sensors that allow firefighters to find hot spots in buildings and see heat signatures of humans through the smoke.

During the last few years, various military and civilian officials have expressed concerns about Chinese-made technology that might potentially be used to spy in the US. Technology companies such as Huawei and DJI have found themselves in the crosshairs of government departments such as the Department of Defense that issued a ban on the acquisition of DJI drones because of cybersecurity vulnerabilities. The ban was issued a year after officials from the Department of Homeland Security and members of Congress had singled out DJI and said that its drones could be used by the Chinese government to spy on US infrastructure.

However, these concerns did not stop the US Government from buying more DJI drones. Voice of America reported last month that “purchase orders completed in August and November 2018 show that the Navy spent nearly $190,000 and the Air Force spent nearly $50,000 on drones made by DJI.” The Airforce reportedly purchased 35 DJI Mavic Pro Platinum drones and the Navy bought an undisclosed number of DJI Inspire drones. Even this year, the Pentagon approved additional DJI equipment for a “training operation,” according to a DoD memo seen by VOA.

Fields says that at the LAFD they take the security concerns seriously, and that the department works closely with regulators and advocacy groups to determine what is done with the data collected with the drones. As far as mitigating the risk of any data being sent overseas to mainland China, Fields says that any mapping missions of critical infrastructure are done without the drone connecting to the internet.

Fields also suggested that if the government is so concerned about data security, they should regulate is instead of simply banning DJI drones.

Let’s come up with a standard. If you use them in federal airspace these are the checkmarks that you have to pass. Saying that DJI drones are bad because they come from China [and] let’s throw them all out… that’s not an answer, either.

What do you think about fire departments using drones? Let us know in the comments below.