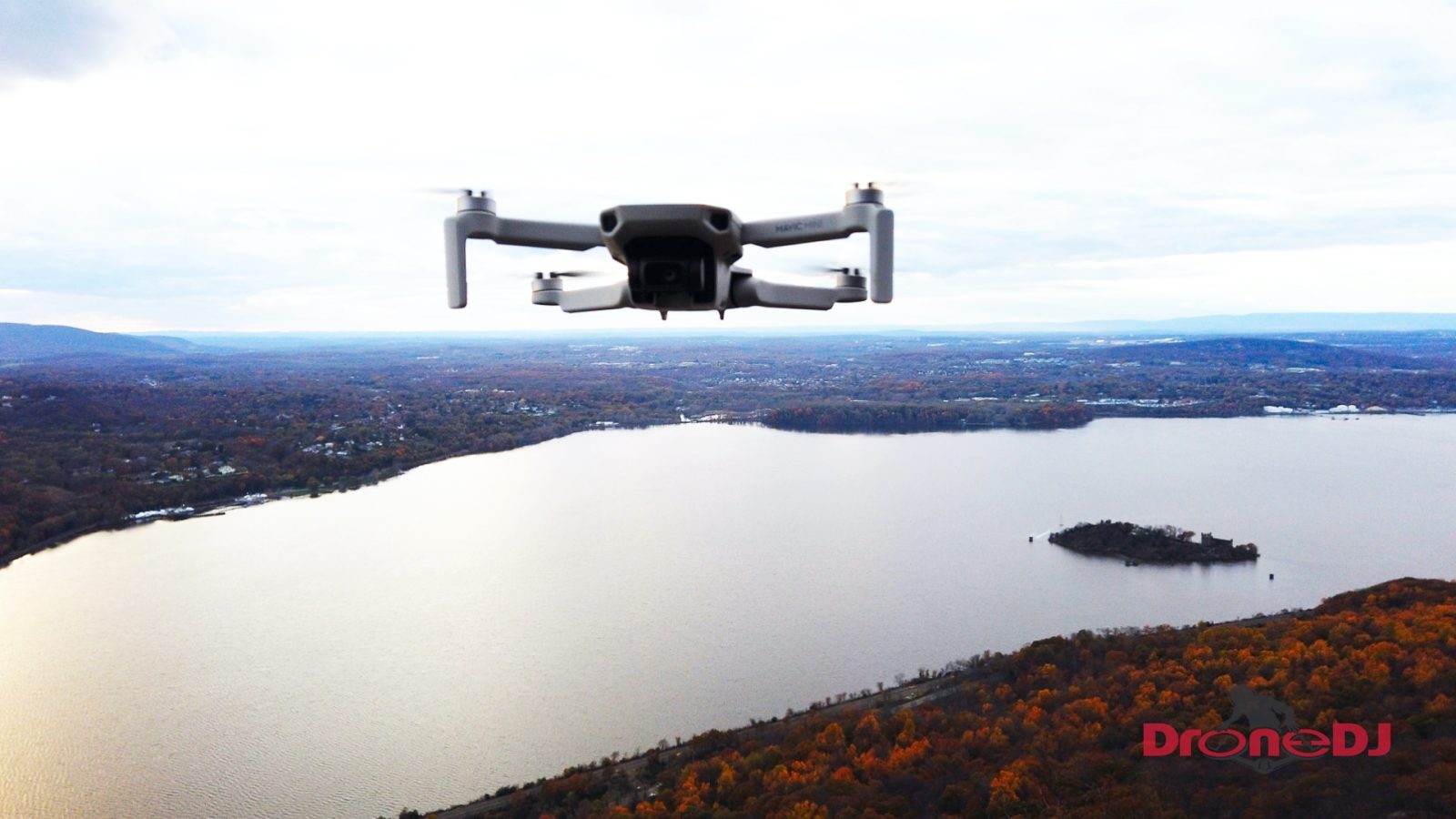 Right, the DJI Mavic Mini (from DJI or Amazon) long-distance range test. This mini-drone reaches 2.4 miles on WiFi, which is incredible. I was hoping for a day with less wind and I was also thinking of another location, but I went hiking today with my daughter at Breakneck mountain in New York along the Hudson River. This is a beautiful spot and is very popular with hikers. It’s a little north of Coldspring, New York. I took the DJI Mavic Mini with me to try out some of the quick shots with two fully charged batteries. However, when we got to this vantage point and were looking down on the Hudson River and Pollepel Island there on the right-hand side, I figured why not give it a try and see how far we can fly this mini-drone. So this hiking trip turned into a long-distance drone flight for the DJI Mavic Mini.

As you can see at the end of the video, there was quite a bit of a headwind. At least, I would estimate about 10 miles an hour, and we’re flying straight into it.

I did turn the drone into the sports mode as it would give me a bit more power to overcome the headwind, and you’ll see throughout the flight that there are plenty of warnings notifying us of the strong wind conditions. I decided not to speed ramp the video and just let it play out, so you get a sense of how much time the flight took and also how quickly the battery depleted.

During this flight with the DJI Mavic Mini, I found out that you can turn the map on in the bottom left-hand corner if you click on the little square map turns on. You’ll see this a little later in the video. As you can see, I still have these settings in the new DJI fly app set at meters instead of miles, but I’ll convert the numbers for you a little later on in the video.

I did not keep on flying until I lost the connection, but decided to turn around at a maximum distance of 3,854 meters, which is roughly 2.35 miles. At that point, I still had a 45% battery left, and this is almost nine minutes into the flight.

When I landed the drone, I had 20% battery left. And at the end of the video, when I’m spinning the drone around, you can see again how the aircraft is moving around in the wind. Of course, we’re standing on a somewhat rocky cliff, so the wind is pushing up against that mountain. You can see that the drone is getting buffeted around by the wind. It was a little gusty there. I estimate the wind was about 10 miles an hour, and the DJI Mavic Mini did a great job managing it.

I was totally blown away with how far I could actually fly the DJI Mavic Mini (from DJI or Amazon). I could probably have pushed the mini-drone even further, but this was far enough to prove that the DJI Mavic Mini is not just another toy drone. It deserves the name ‘Mavic’ as far as I am concerned. I hope you enjoyed this video and I will see you again in the next one.