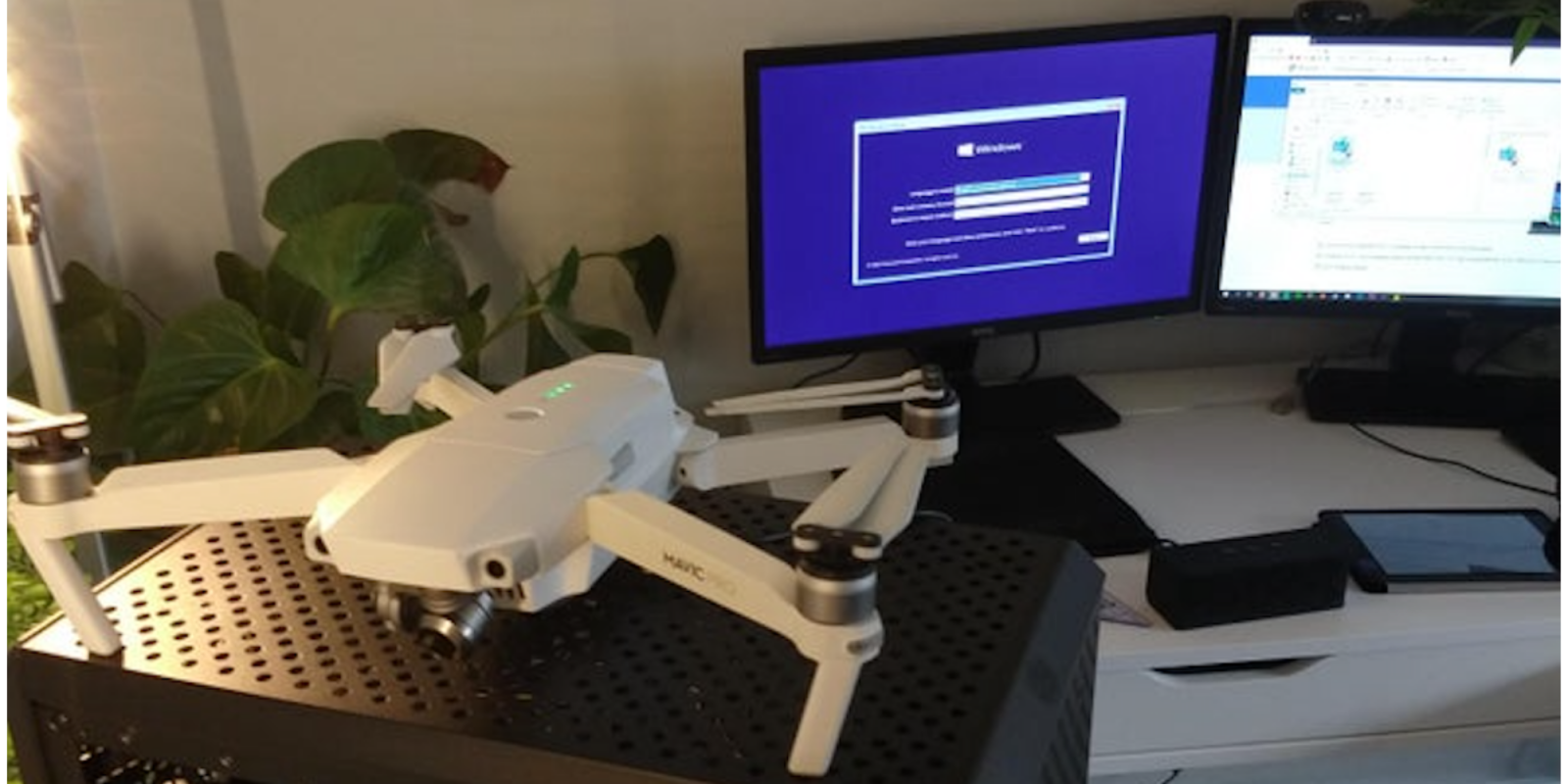 It started — as many great posts do — with a photo and some words.

This was the photo:

Nothing too special, right? Looks like a Mavic Pro, Alpine Edition, sitting on top of someone’s PC with one side open. It’s posted in the sub-Reddit r/pcmasterrace. *yawwwwwwn*

And the caption that went with this photo? Well, that’s what makes it special. Reddit user Yooserneam posted that image with the following words:

Okay. So that’s getting amusing. Seems Yooserneam needed to put his Mavic Pro to work in order to load up Windows.

May the comments begin…

And of course, because it’s Reddit, people had some thoughts on this. Entertaining thoughts.

“This is the weirdest flex I’ve ever seen” said aghjdhxjdj, in posting the top comment as of publication time.

But we digress. Because it wasn’t long before someone pointed out that this was, in fact, a pricey drone. “The drone cost $1,000,” wrote Some_Crazy_Gaming. And then?

“The product no one knew they needed.”

Then, Reddit threads do what Reddit threads do: They keep on going, in highly unpredictable directions. Someone quickly noted that the idea of a flying sd card reader reminded them of, oh, that person who had suspended their entire PC system from their ceiling.

Maybe they wanted to save money on a desk and PC enclosure. But if you think hanging your PC from a ceiling isn’t a great idea…you’re right.

That ended the story of the flying PC.

And this ends the story of the $1000 micro-SD reader. Hope you enjoyed it.