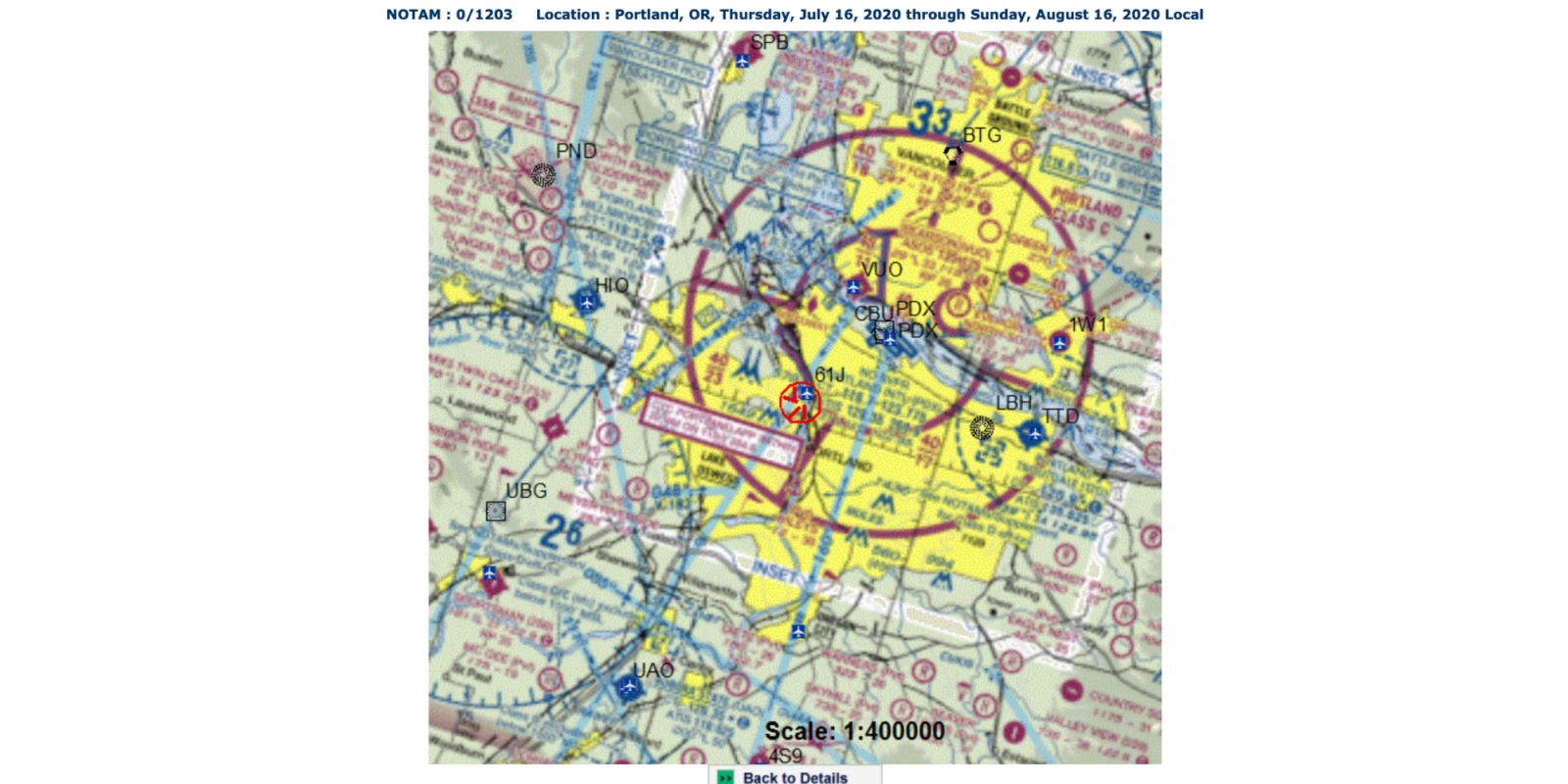 The Federal Government has temporarily banned drones from flying over parts of Portland where ongoing protests show no signs of abating. If you violate the rules – your drone could be seized and even destroyed.

At the best of times, you’d be ill-advised to fly a drone above the middle of a city. You’d need a Part 107 Certification and likely a special waiver for the flight, especially if there are people below. (The FAA generally wants to see precautions such as a drone parachute that mitigate risk for those on the ground). Now, reports Reuters, the Department of Homeland Security has issued a notice banning drones from flying over buildings. A spokesman said they might be used to spy on federal officers who may be monitoring the situation from rooftops.

As a result of the request from the DHS, the Federal Aviation Administration has temporarily banned certain drone flights. Specifically, flights that take place below 1000′ and within one nautical mile of the US Federal Courthouse and the Edith Green-Wendell Wyatt Federal Building are banned. Much of the protest activity has taken place near both of those locations.

Of course, this doesn’t mean you’re allowed to fly your drone above 1,000 feet, as that’s clearly well beyond the 400′ Above Ground Level generally permitted by the FAA. Interestingly – and some say disturbingly – the US has deployed its own military surveillance drones over many American cities hit with unrest following the death of George Floyd at the hands of police.

Tension has recently increased a hefty notch, with uniformed officers bearing no identification detaining people from the streets. Many protestors have been literally pushed into unmarked vans and driven away, though it appears many have later been released with no charges being laid. Critics, however, allege this kind of behavior is the next step toward a police state, and a violation of the US Constitution’s First Amendment: The right to free speech and assembly.

The Reuters story quotes an unnamed Department of Homeland Security spokesperson as emailing that drones could be used for the following purpose:

…to provide information that allows violent opportunists to maneuver around officers, act in the commission of a crime and jeopardize public safety, including the safety of law enforcement officers, demonstrators and other nearby persons.

We knew we’d seen this somewhere…

One week ago on Twitter, a Notice to Airmen passed by our own radar. It was the very NOTAM that the Reuters story was referring to. In fact, the author of this story replied to the Tweet:

However, the posted frame grab we replied to didn’t include all the NOTAM details, so we didn’t see the specifics about drones and the restrictions around those two buildings. :/

We did, however, have a serious second look. And in the NOTAM is a very clear warning to drone operators: Fly at your own, extreme, risk.

By all means, take part in the protests if that’s your thing. Protect yourself and be wary of projectiles that could be fired – several people around the US have lost the use of one eye after being hit by less-lethal weapons during this social justice movement.

But when it comes to drones? Don’t push your luck. The NOTAM is clear: Leave your UAV at home.

The NOTAM went into effect July 16 and will last until August 16.