God? Is that you? Weed drone drops hundreds of bags of cannabis on unsuspecting citizens of Tel Aviv 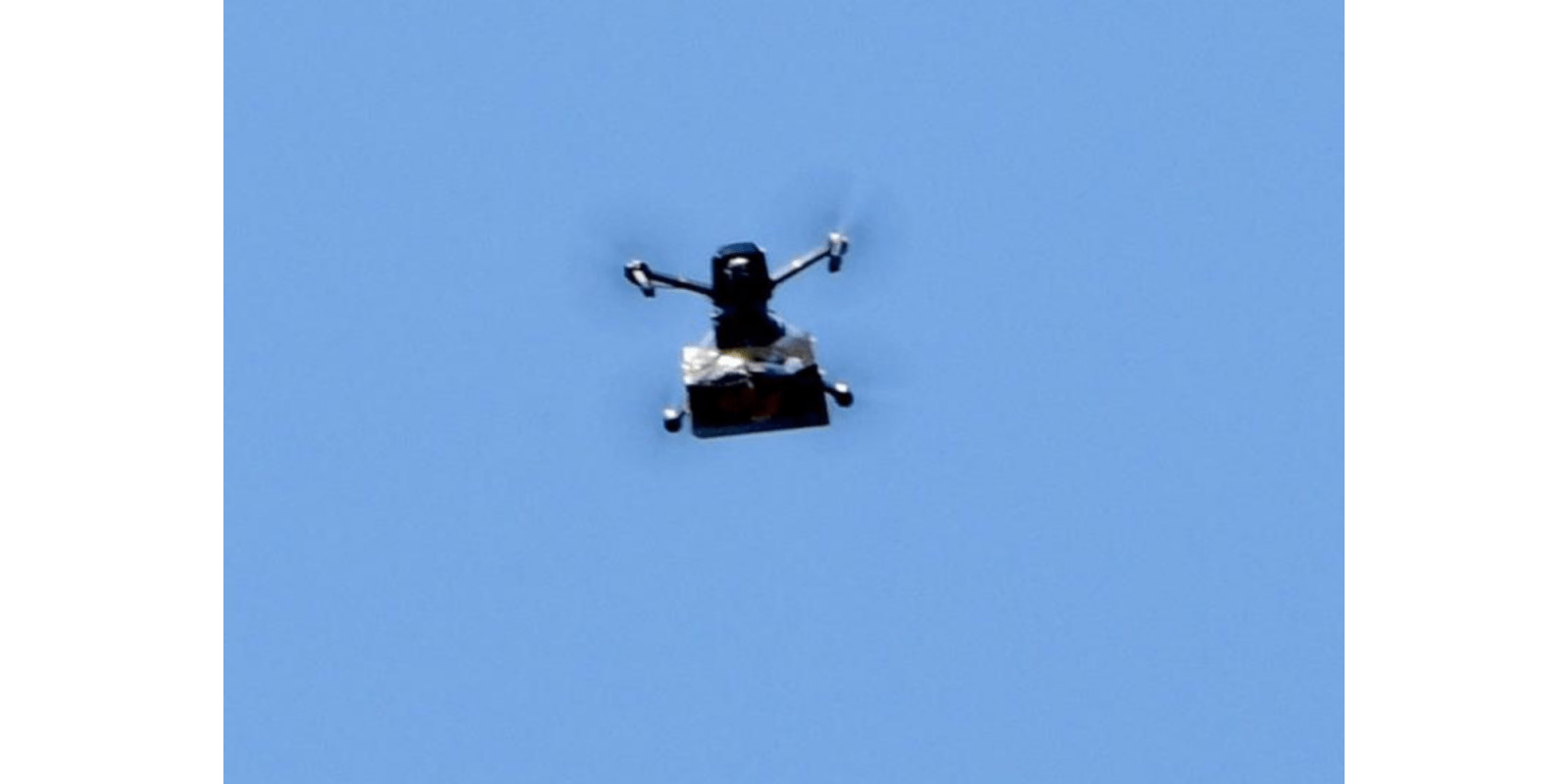 Imagine: It starts to rain tiny baggies filled with marijuana. Some bud benefactor has packaged up pot and simply wants to give it away, via drone. Well, Hallelujah. It’s happening.

Pot is illegal in Israel. But – as with many other parts of the planet – there’s no shortage of people, lobbyists, and other groups who would like to see legislative changes leading to legalization. They lobby politicians, hold news conferences and rallies, and generally do whatever they can to influence government and citizens alike to consider and support their cause. Now, technology has resulted in a new lobbying technique: Dispensing free bags of weed from above. At least that’s the strategy of a small group in Israel that just dropped a bunch of pot onto Rabin Square in Tel Aviv.

This story first grabbed our attention after it surfaced in the Jerusalem Post. It said that a Telegram group calling itself “Green Drone” had planned the operation in advance. What’s more, it sent out a Telegram message informing people when and where the drop would take place:

It’s time, my dear brothers. Is it a bird? Is it a plane? No, it’s the green drone, handing out free cannabis from the sky… Enjoy, my beloved brothers, this is your pilot brother, making sure we all get some free love.

A photo of the drone, with its pot load payload, has surfaced. If you see this coming…stand almost directly beneath it:

In the book of Exodus, the Israelites found that the food they’d carried with them from Egypt had run out. Just when all looked hopeless, things changed one morning. When the dew had evaporated, it revealed a bounty of food waiting to be picked up from the ground. It is this biblical incident from which the phrase “Manna from Heaven” originated. It means something that is needed, arriving out of the blue, at exactly the right time.

Sounds a bit like this scenario. I mean, just look at this photo from Avshalom Sassoni:

Unfortunately (or fortunately, if you’re into LAW AND ORDER!), the police arrested two suspects in their 30s shortly after this miraculous event. The pair, police said, were operating the drone that had been dropping the dope. Those little baggies, by the way, were nicely branded with the whole Green Drone thing:

The idea of delivering weed by drone is not new. There have been many drops of contraband, including pot, at North American prisons – an extreme example of the law of Supply and Demand. Of course, even in areas where pot is legal drone delivery poses challenges. How to ensure it reaches its intended customer? How to prevent teens or children from grabbing the gummies?

Well, the demand for delivered goods has reached a global high due to COVID-19. Israel is now considering an imminent lockdown as a new wave of infections begins. Seems the Green Drone gang thought this pot drop might just be a good marketing tool.

The COVID-19 situation, says the Telegram group, “requires thinking outside the box and coming up with new ways of getting cannabis to consumers.” There’s no denying that this initiative ticked that box.

Well, it seems the Green Drone has plans to keep on doing this. The Telegram group has been told:

We’re launching the ‘rain of cannabis’ project, that will include a weekly delivery to different parts of the country of 1 kilo of cannabis divided into free 2-gram bags.

That pledge, of a “rain of cannabis” was made by the group prior to the arrest of the alleged Samaritans from Above. So it’s unclear if the Green Drone has been grounded.

But if those two have the means to go dropping a kilogram of pot at a time (also known as a “Key” to those who remember old movies about drugs), they can probably afford a good lawyer.

Remember the Manna from Heaven story from Exodus? Well, that same story about the Israelites also contains reference to a Burning Bush. It was a sign from God that helped offer a direction for those leaving Egypt to follow.

To be clear, we’re not advocating the smoking of marijuana, particularly where it is illegal.

Given the history of the Burning Bush, however, it’s not without precedent.