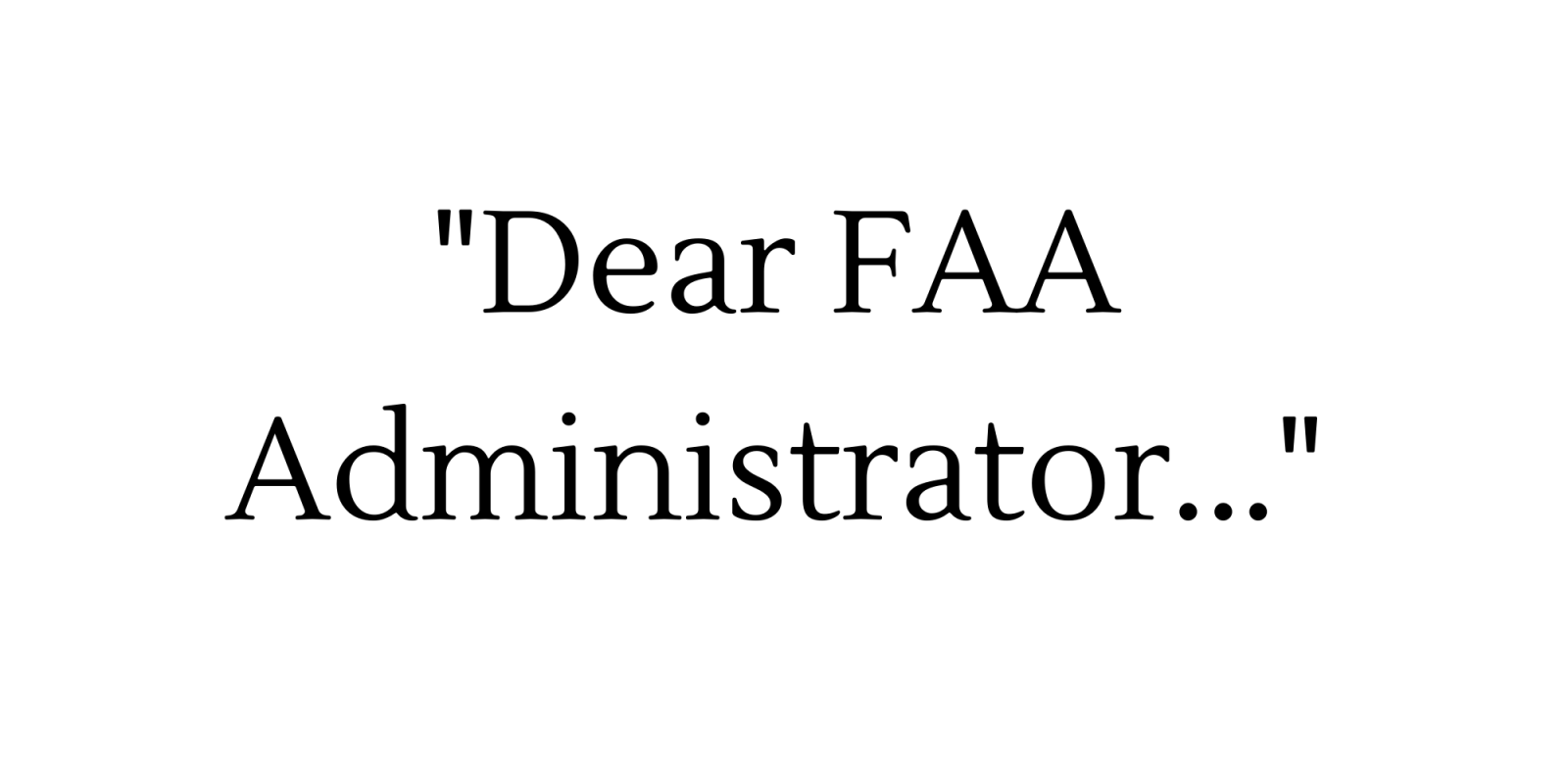 A letter written on behalf of hobbyists, the drone industry, and the manned aviation sector is calling on the FAA to reconsider its proposed Remote ID proposal. It says such a move would dissuade hobbyists from building. And that sector, says the letter, serves as something of a pathway for many who later choose aviation careers.

Let’s start with a primer. Remote ID, according to the FAA, is “the ability of a UAS in flight to provide identification information that can be received by other parties.” And by other parties, we’re referring here largely to authorities. In theory, they would be interested in obtaining that ID only if the flight raised their eyebrows. The FAA goes on to say that “Remote ID would assist the FAA, law enforcement, and Federal security agencies when a UAS appears to be flying in an unsafe manner or where the drone is not allowed to fly.” As you might already know, this is a controversial proposal.

But it’s also a proposal the FAA says is required. Specifically, it says Remote ID technology would provide part of the framework for the integration of manned and unmanned vehicles safely sharing the same airspace. In its words, Remote ID could help “to lay the foundation of an Unmanned Aircraft System Traffic Management System (UTM) that is scalable to the national airspace.”

There are a few ways Remote ID might work, according to the FAA.

Concerns have been raised about the proposal for a number of reasons. They include reasonable expectations of privacy and concerns that the technology required could put unreasonable demands on manufacturers, or require hobbyists to build that tech into their basement-built creations. That’s certainly part of what a new letter to the FAA claims.

The letter has been written on behalf of the Aircraft Owners and Pilots Association (AOPA), The Academy of Model Aeronautics (AMA), The Experimental Aircraft Association (EAA), and Alphabet’s WING — which is involved with drone deliveries.

The joint letter, dated September 11, 2020, is addressed to FAA administrator Steve Dickson. The authors agree that “safety and security are critical to the successful integration of UAS in the United States. However, we urge the FAA to make essential changes to protect and sustain the model aviation community.”

And that’s the crux of the letter:

Model aviation is a gateway for millions of people into the world of aviation, and it is critical to the future of aerospace innovation in the United States. The aviation pioneers of tomorrow are discovering flight today by designing and flying their own aircraft, often using freely available electronics and household materials. However, the proposed rule will make it nearly impossible for everyday hobbyists to share the skies. They will need to incorporate highly automated equipment into home-built models and implement manufacturing processes comparable to a commercial aircraft. These requirements are infeasible for hobbyists who experiment in their garage, buy material at the local hardware store, and fly in their backyard or the local park.

The letter does offer a proposal it believes might work:

We urge the FAA to consider alternative approaches that promote safety and security while supporting model aviation. For example, hobbyists could notify their planned flight area to the FAA and other observers on the ground via smartphone app. Today, drone operators can fly in controlled airspace around our busiest airports by notifying their planned flight area to the FAA through apps. The FAA should be applauded for digitizing these capabilities in an accessible way. That approach is safe, smart, and sensible, and could apply to remote identification. Likewise, organizations such as clubs or schools should be permitted to renew and establish new “identification areas” over time, pre-vetted by the FAA.

You’ve likely read something about UTM by now. The FAA is working closely with NASA and other partners on this. Here’s part of what the FAA has to say about the concept and why it’s important:

UTM is how airspace will be managed to enable multiple drone operations conducted beyond visual line-of-sight (BVLOS), where air traffic services are not provided. With UTM, there will be a cooperative interaction between drone operators and the FAA to determine and communicate real-time airspace status. The FAA will provide real-time constraints to the UAS operators, who are responsible for managing their operations safely within these constraints without receiving positive air traffic control services from the FAA. The primary means of communication and coordination between the FAA, drone operators, and other stakeholders is through a distributed network of highly automated systems via application programming interfaces (API), and not between pilots and air traffic controllers via voice.

The push for Remote ID, and its potential role as part of an Unmanned Traffic Management (UTM) system, it worth watching. UTM is coming one way or another, and Remote ID has its own implications. We’ll continue to keep an eye on this issue and bring you any further developments.