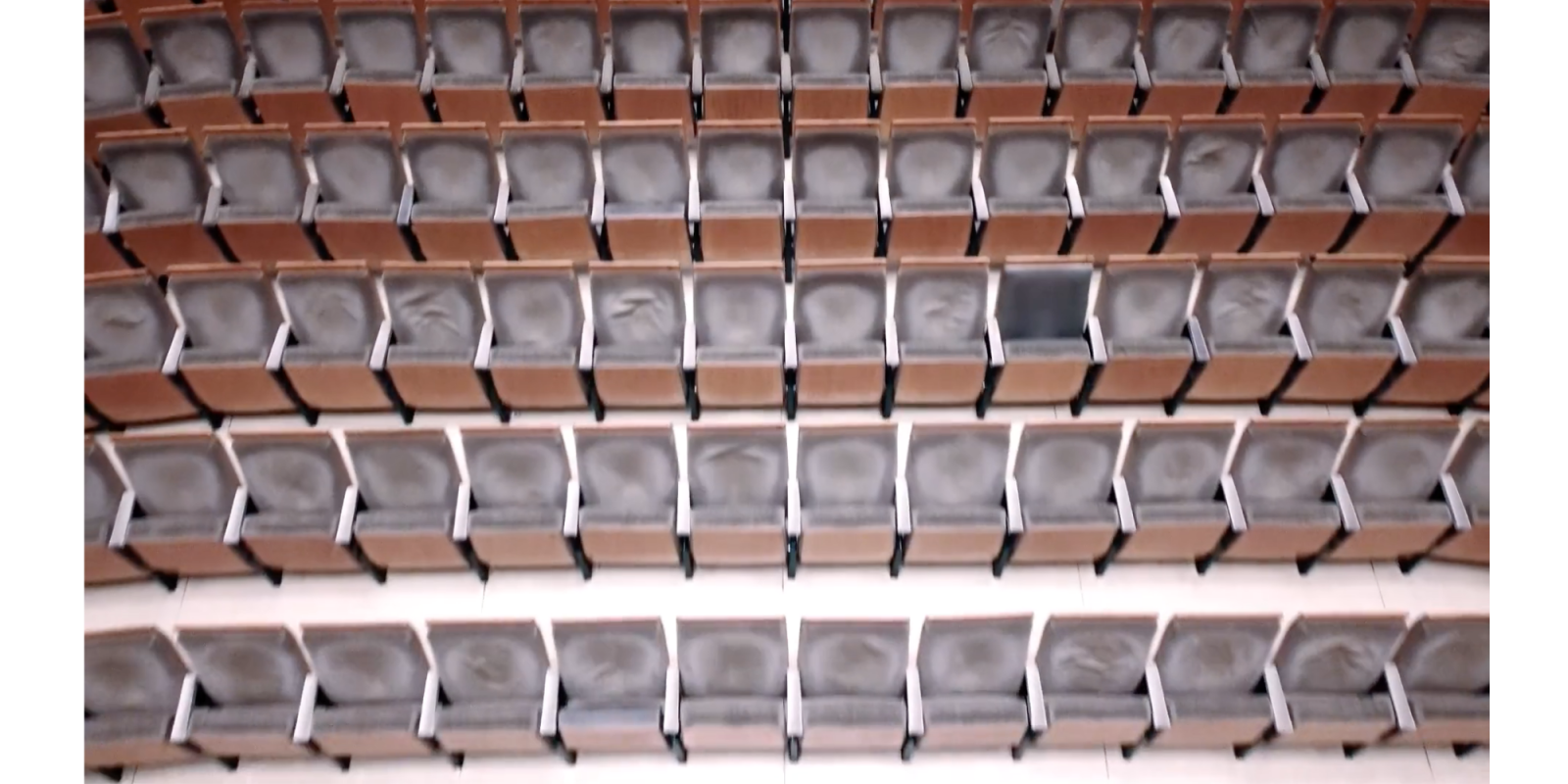 We saw a short video the other day that really grabbed our attention. For us, it brought home one aspect of the COVID-19 pandemic: The public performance spaces that now sit in silence.

The pandemic, especially the early stages, created all sorts of opportunities for photographers and videographers. Once-vibrant cities looked like ghost towns. No people, no cars. And, more often than not, the appearance of animals who decided to test the urban waters. There was an eerie quality to all of those videos (including drone videos) because these places that are normally bustling just…weren’t. They were at a standstill. Even giant metropolises looked just plain empty. We’ve never seen anything like it before in (most of) our lifetimes. And, with luck, we’ll never see it again.

But nearly all of that footage focused on what things looked like from the outside: Empty streets, empty sidewalks, pin-drop cities. Few turned their lenses inwards, to explore some of the public spaces that also now feel like abandoned stage sets.

Though we tend to focus on the outdoors…what has happened indoors is equally astonishing. And that was what appealed to a Dublin photographer and drone pilot named Bob Dixon. Bob has a great website that showcases his awesome photography chops. We’ve borrowed this shot to give you an inkling:

We connected with Bob after seeing a video shot inside the National Concert Hall in Dublin pop up. We’ll get to it in a moment, but first, a few questions that we put to Bob for context. (We’ll keep you busy with a frame grab or two).

Why did you want to make this video?

I have been involved in the music industry for about 20 years and because if the global pandemic the venues I photographed various artist lay silent and that was the reason I decided to shoot them in a way they never had before. The message conveyed by piece is one of hope for an audience and musicians to once again fill these stunning theatres.

Why did you add audio?

I was going to add a classical piece of music but decided the sound of an audience waiting for a performance added more of a layer to footage passing over empty seats. I have done some music videos and find you have to feel the music working with the visuals.

What were you flying?

I was flyiing a DJI Mavic Mini which is ideal for indoor flight with guards on the blades. Being an area with poor or no GPS makes it fly in Attitude mode restricting height to 15 feet which was a problem. I am working in another venue with poor lighting and there seems to be less ability to hover, meaning you can get distracted watching the drone and not what you are recording.

What was involved in obtaining permission?

Having worked in these venues before, I did have contacts who I could ask to help speed up the process. I was given a date and time and there was someone there to help light areas and open doors. It also gave these places a change to be showcased again after being closed since March 2020.

As much as the shoot is evocative, you can’t help but admire that this has been captured by a 249-gram drone that’s super affordable. You won’t require a license to fly this in most circumstances, nor does it require registration. You can fly it indoors (obviously). And man – that’s damn good video for the money. (If you feel like an impulse buy, which we endorse, please consider using our affiliate link here.)

And one final question for Bob:

How long have you been flying?

I only purchased a drone in May of this year as I wanted to try a new ‘brush’ to paint art – and try some aerial photography not knowing what direction I would take. I have been a freelance photographer for years but the way a drone sees the world is incredible and I look forward to upgrading and exploring more.

Well done, Bob. We look forward to you capturing video from a full house in the future.

A call to action

If you’ve been on our site — or any drone site — you’ll know that we create this content because we care about it. We try to find stories, interview people, and share that content for your enjoyment. And we use affiliate links to help support us in this endeavor.

Affiliate links mean that when you purchase a product, in this case perhaps a DJI Mavic Mini or the awesome Mavic Air 2, DroneDJ receives a small commission. The price you pay is exactly the same, but it’s a nod that you appreciate what we do — and an action that we certainly appreciate at our end.

One final thing to note: We are drone enthusiasts ourselves, and we like to think we maintain a certain objectivity. We would never give a product a good review that doesn’t deserve one, nor would we ever try to steer you to buy something we wouldn’t use ourselves.

Me? I own an Inspire 2, an original Mavic Pro, and a Phantom 4 Professional (first edition). Having spent some time with the Mavic Air 2 (which we unfortunately have to send back to DJI next week!), I plan on buying one myself. In my opinion, there is no better drone for less than $1k. And no, there’s nothing on the immediate horizon that we’re aware of that will compete with this at its price point. Get flying before it gets cold!