UPDATED: Want to buy a DJI Inspire 2? It displays out of stock. 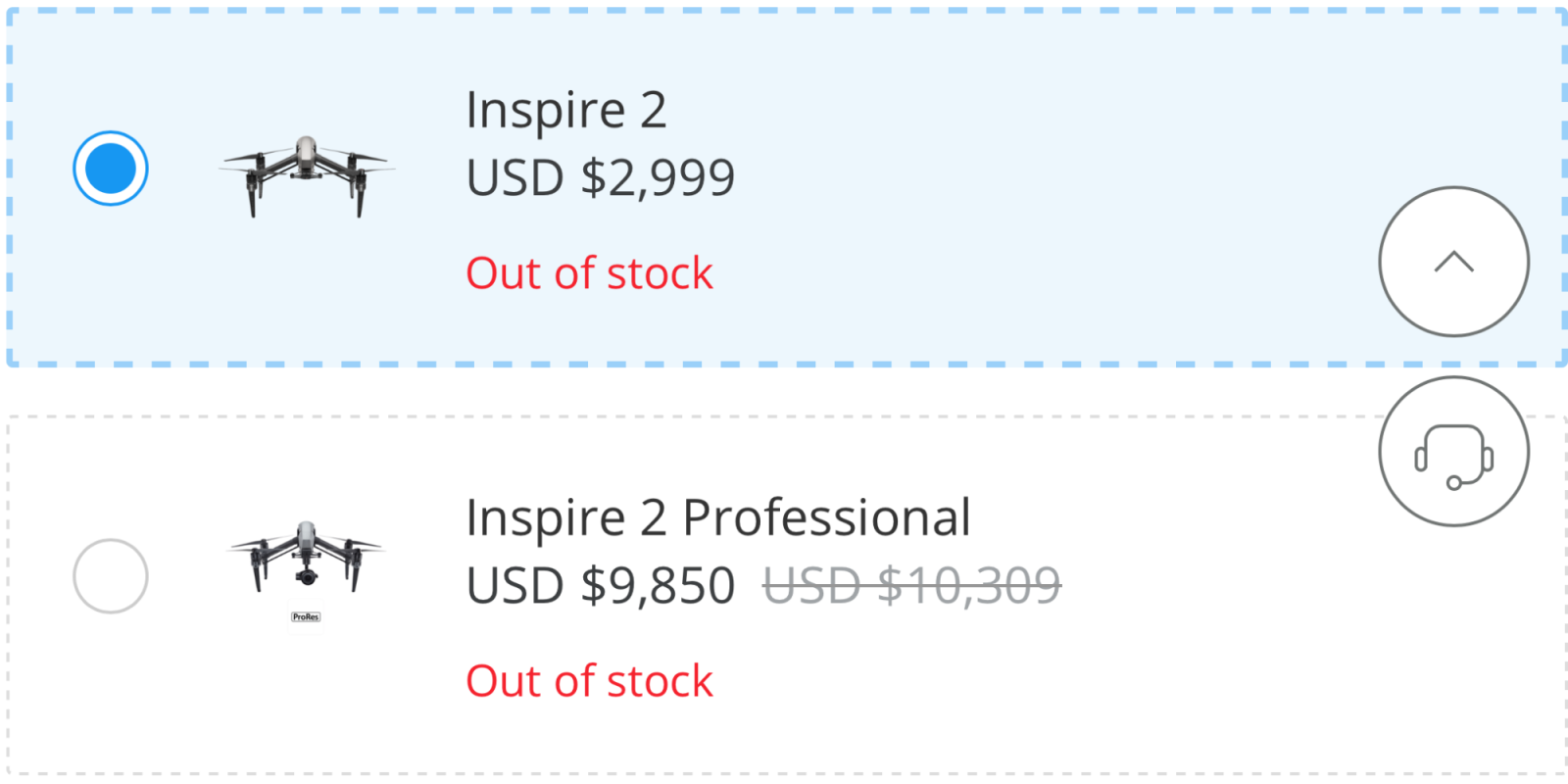 DJI’s Inspire 2 is one of the most popular drones around when it comes to aerial cinematography. So why can’t you buy one? Good question.

For those in the know, DJI’s Inspire 2 has become an iconic drone. Unless you want to get into heavy lift drones and adding your own camera and gimbal setup, you really can’t beat the Inspire 2 for the price. It’s a high-end flying camera, utilizing Cinecore 2.0, a proprietary CINESSD system, and a host of features that were truly groundbreaking when the drone was released in November of 2016. The machine offers Cinema DNG, ProRes, H264, and H265. The SSD integrates directly into the body of the I2. The drone also comes with an FPV camera to provide the pilot with the option of seeing either the cinema camera output or the FPV output showing the drone’s forward-facing point of view.

Then, it got even better. The release of the Zenmuse X7 camera and four new lenses – 16mm, 24mm, 35mm, and 50mm – further solidified the Inspire 2 as a highly capable unit for pro-level cinematography. Even today, nearly four years later, Inspire 2 launch videos look impressive:

A hit with cinematographers

The Inspire 2 quickly earned itself an awesome reputation. It was fast, powerful, and even somewhat rugged. One intrepid cinematographer used it to shoot inside volcanos for the Werner Herzog documentary Into the Inferno.

It continued to sell and is still highly regarded within the industry. And that’s why its current status is a bit of a mystery. As of the time this story was published,, you can’t get it.

If you go to the DJI store and look for the Inspire 2, it’s still listed there – along with all of its accessories. But, curiously, it’s out of stock. Every. Single. Variant:

That is, of course, the obvious question. Could this simply be a stock issue? Did DJI somehow not produce enough of these to keep up with demand? Is this COVID-19 related? An issue with the supply chain?

We don’t know. But certainly, this may fuel speculation in some circles that DJI is prepping for another release. Could this be? Might there be a replacement in the wings?

We can’t say for certain, but in the absence of credible information everything else is just speculation. And while we could go down that road, here’s the reality: DJI likes to promote upcoming releases.

Think about it: DJI has a history of teasing its products well before release. This helps to build hype, anticipation, and ensures that release-day orders are significant. Even the upcoming release of new Ronin models have been teased by DJI. But are there hints of an Inspire 3 release that we’ve seen publicly? Nada.

We certainly do find it unusual that this bird would be out of stock right across the board. But 2020 has been a very strange year so far. Between factory slowdowns and supply chain issues, it could just be a temporary hiccup. Or maybe something else.

We’ve reached out to DJI in the morning. Turns out that the likely explanation here is pretty mundane. It appears the company is changing the Inspire 2 over to new SKUs. That means the Stock Keeping Unit, the number and bar code associated with the I2, is going to change. Seems this is just part of the process…and there’s no issue with availability.

So even though, technically, you can’t order one online in North America at the time this was written, it will all be taken care of before long. Keep checking right here.

Not long after the story was published, we received a Tweet indicating that the Inspire 2 was still showing on the DJI Store – if you accessed it from inside Europe.

We immediately went back into the store from inside North America, and the I2 is still showing as Sold Out.

Be patient. You’ll soon be able to order it.