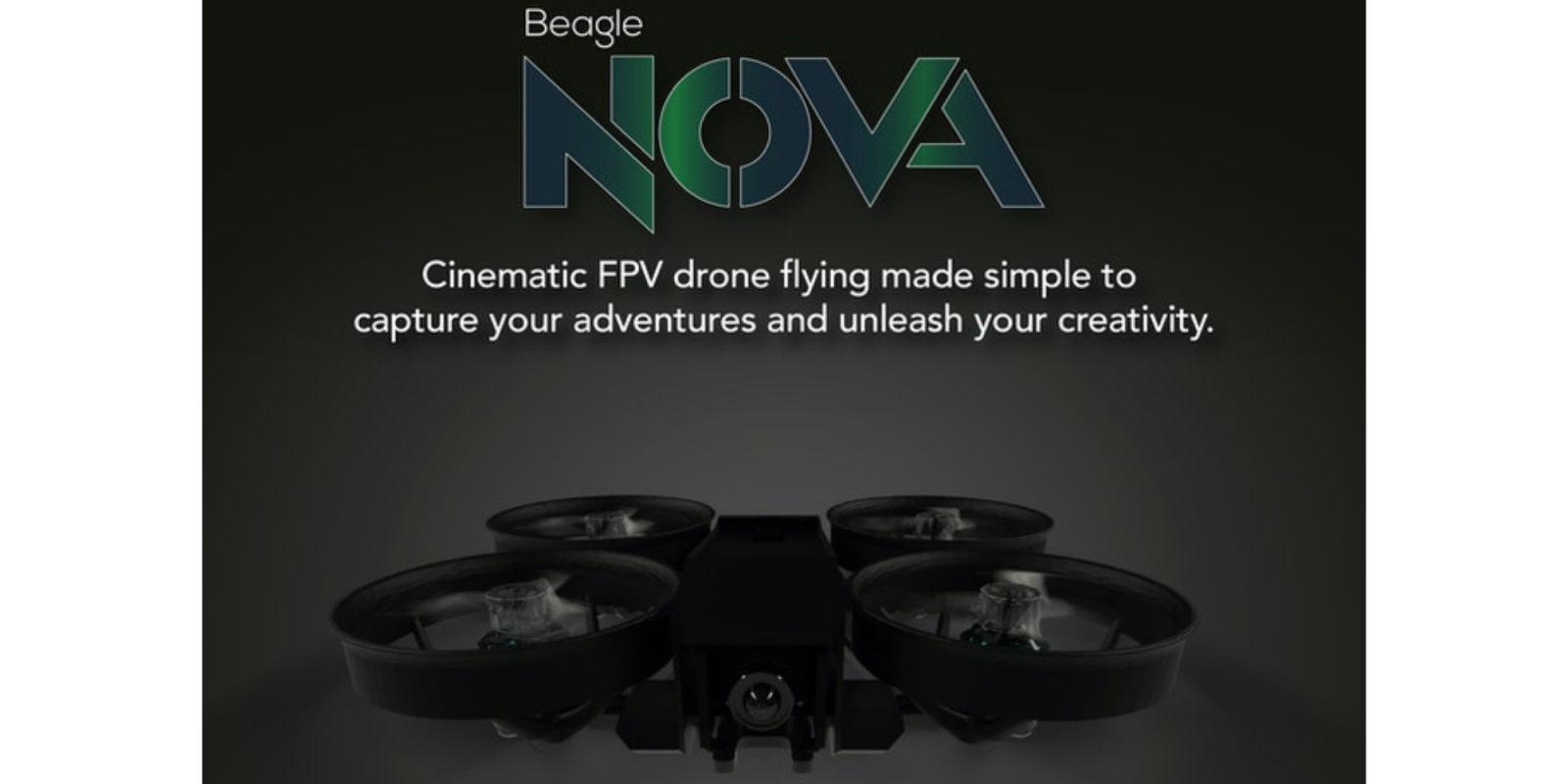 The Beagle Drones team today launched an ambitious project the company has been planning since the beginning of this year: a sub-250 gram CineWhoop drone designed so that creators can enjoy flying and capturing great video without requiring deep pockets — or an engineering degree.

We haven’t flown any of the products produced by this New Jersey startup (at least not yet). But we’ve seen videos where people rave about their Drone Kit X2 FPV kit, and we totally get the concept. Based on founder Dwight Neptune’s own experience building — and short-circuiting — an FPV drone, Beagle Drones focuses on taking the voodoo out of FPV flight. You don’t need to learn how to solder to fly its product. You don’t need to program a radio and flash firmware. You don’t need to understand the deep minutia of Betaflight configurator. You simply start flying.

Sure, you might still have a crash or two, but the flight software Beagle products ship with make that a relative breeze.

The NOVA is the company’s newest project. It’s a CineWhoop-style drone, made for capturing cinematic shots with the freedom of motion provided by an FPV drone. But that’s just the beginning. The NOVA has four key value propositions that will make it stand out:

Plus, it looks cool. (That’s partly due to the fact the body is made from “space-grade carbon X” material that is light and super-strong. Wait — that makes for a fifth value proposition!)

On November 3, Beagle Drones kicked off the launch of the NOVA via this campaign on Kickstarter.

Beagle Drones is offering a number of Pledge packages, including:

At DroneDJ, we really like startups. And we’d love nothing more than for you to consider giving Beagle Drones your support. They’re not brand new to this, and they are flying real NOVA prototypes. Plus, this looks like a great little drone at a really reasonable price.

Plus – and this is super important for those of us who are not FPV pros (yet) — Beagle Drones makes products that are easy to fly.

DroneDJ does not receive any compensation for pointing potential customers toward this Kickstarter project. We’re doing it because we think it’s a great little company with a great new product.

Oh — at the time of publication, roughly two hours into their campaign, Beagle Drones had already raised roughly $15,000 US. Not surprising at all.