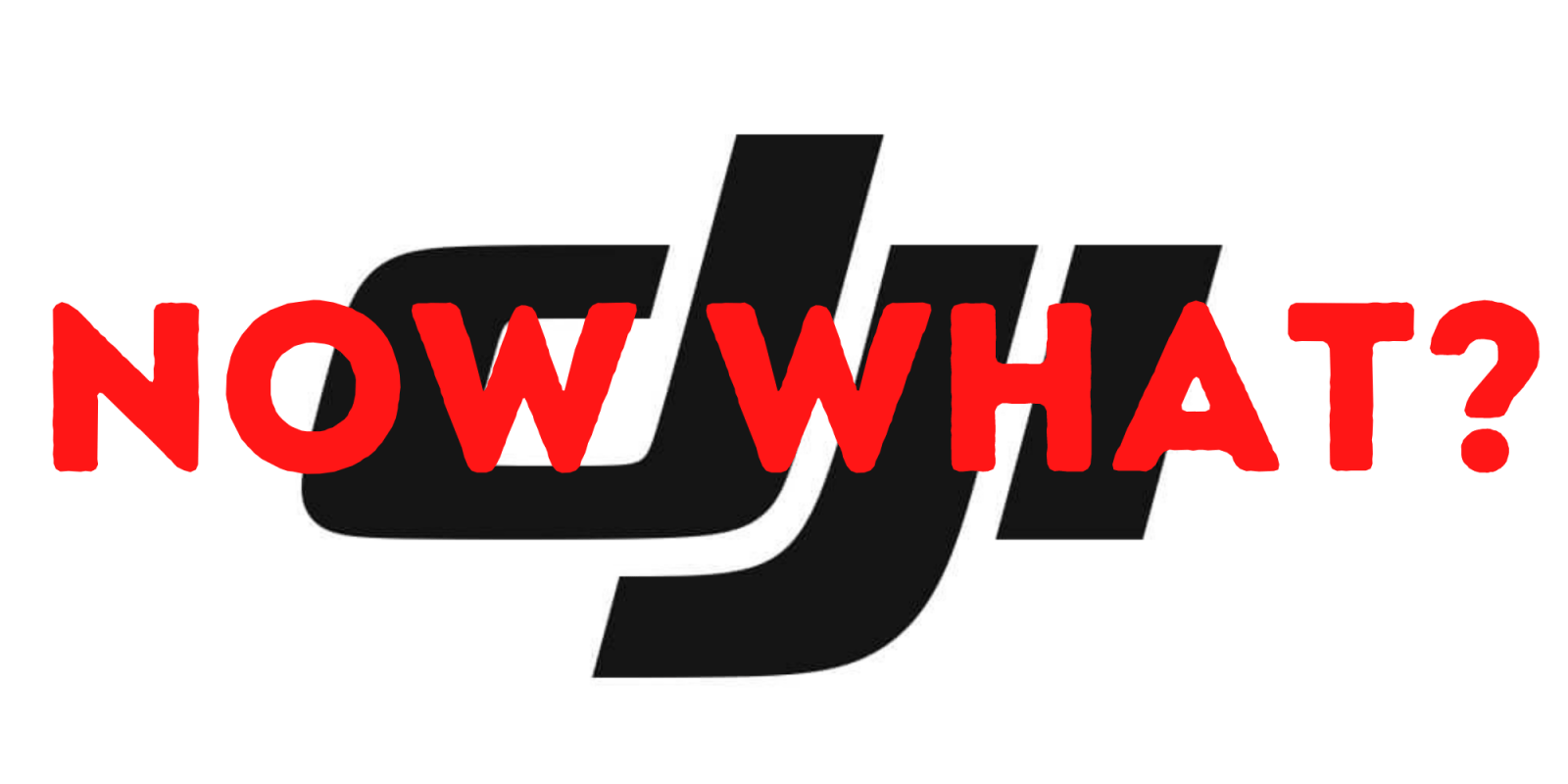 The news that DJI has been placed on the Entity List is being felt across the drone industry. It’s massive news for this sector, with implications that won’t fully be known for some time. But we can make certain observations — and there’s no shortage of reaction from those in the drone industry.

There were rumblings that drone giant DJI might be placed on the Entity List – which contains the names of companies, individuals, research institutes, and others – engaged in activities that Washington believes pose a threat to, or are incompatible with, US national interests. The addition of DJI to that list, however, comes with reasons that come as more than a bit of a surprise. It’s unrelated to data security and focused on alleged human rights abuses.

That’s a bit of a shock, and something few saw coming.

Well, we’ve covered this in greater detail here. But the basic concerns appear to be threefold:

What are the consequences?

Those placed on the Entity List (and DJI was just one of many additions today) are forbidden from accessing or transferring certain technologies from the United States unless they are specifically approved. The default setting is to deny those transactions as long as the company is on the list unless specific exceptions are made on a case-by-case basis.

What technology might DJI require from the US? We don’t know, to be honest, but the US has a lot of innovative firms in the high-tech and manufacturing space. Should DJI want to get its hands on some of those technologies now, it could be difficult if not impossible.

There’s also the intangible issue of corporate reputation. Putting a company on the Entity List undoubtedly results in a loss of reputation in certain circles, though most consumers, in our mind, are unlikely to care. If you want a DJI product, odds are you’re still going to want a DJI product.

And from what we can see, this does not in any way mean that DJI products are somehow banned.

And what that might that mean when it comes to US players? Here, some thoughts from DroneAnalyst:

What is DJI’s response?

Late Friday night, DJI issued a short statement in response to being placed on the Entity List. Here it is:

“DJI is disappointed in the U.S. Department of Commerce’s decision. Customers in America can continue to buy and use DJI products normally. DJI remains committed to developing the industry’s most innovative products that define our company and benefit the world.”

Shaking up the industry

The drone world is a very competitive place. DJI has long had a near-absolute monopoly on the industry and still sells the vast majority of drones around the world.

But new competitors have been emerging, and they’ve become bolder. We saw Parrot take potshots at DJI earlier this year over data security concerns. This was one of Parrot’s promotions prior to the release of its Anafi USA model:

It’s indicative of the intense competition in the sector. And the gif you’re about to see from DroneAnalyst data brings it home: Things change fast.

The rise of Skydio

Prominent in that gif is the rise of Skydio to become the most dominant force among US drone makers. The company’s rise has been remarkable to watch, including a $100 million raise earlier this year. It had significant news earlier this week on the manufacturing front, and then another announcement on training and software. We also took in a webinar this week where three police officers praised the job that its Skydio 2 was able to carry out in the field.

Though still a fraction of the size of DJI, its AI drones are clearly filling a demand. This company is on the move. So it’s not surprising that it’s also watching the news about DJI closely. We asked Skydio for a comment on the entity list development. Here’s what they said:

Based apparently on DJI’s support for abhorrent human rights violations, today’s addition of DJI to the entity list sends an unmistakable message: DJI does not share our values and cannot be trusted. DJI had already acknowledged its obligation to share sensitive information collected in the US and around the world with the Chinese Communist Party — a serious security risk. Now we learn that DJI has profited for years by supporting the suppression of the Uighurs in Xinjiang province — the world’s most egregious example of human rights abuses. Today’s news also sends an unmistakable signal to the marketplace: companies should think twice about doing business with a known violator of human rights.

We suspect Skydio isn’t the only company sensing that this news spells an opportunity.

This is big news — huge — and the full ramifications are not yet clear. We have requested comment from DJI but haven’t yet heard anything. We suspect, given that this announcement happened Friday night Shenzhen time, that we’ll get something Monday after the company has had time to fully formulate its response.

But we have some thoughts.

Being placed in the Entity List is serious. It can and obviously will have a negative impact on the company’s reputation. It will prevent or inhibit the transfer of any US technologies that may interest DJI to Shenzhen.

What’s unusual here is the nature of the allegations from the Bureau of Industry and Security. Part of those allegations stem, it appears, from the sale of DJI drones to police in the Xinjiang region. This is home to the Uighur ethnic minority, Muslims who have been targeted by Beijing in a vicious campaign that includes labor camps, re-education, and the wholesale destruction of a number of Uighur cemeteries that have been in place for centuries. What’s happening there, beyond a doubt, is appalling. Any company directly involved with their persecution deserves to be on that list.

But is DJI directly involved?

We don’t know. But from what we’ve been able to gather, part of the concern is that Chinese police are using DJI drones for surveillance. And here’s the argument one could make: DJI does not have control over the use of its products when they are sold any more than a firearms company is responsible for how its guns are used. A Ryder truck packed with explosives exploded outside the Alfred P. Murrah Federal Building in Oklahoma City in 1995, killing 160 people and injuring more than 680 others. Was Ryder responsible? The fertilizer wholesaler? No. Timothy McVeigh was responsible.

Now, if DJI is somehow directly involved in dealing with the data from those drones, or otherwise analyzing and delivering data to Beijing about Uighurs, that’s cause to be placed on the Entity List. But the sale of its drones alone is a little dicier. What about drones that have been used to drop contraband into prisons in North America? Those kinds of actions aren’t in the best interests of the US, either.

So the Xinjiang situation is one issue, and we don’t have all the facts.

It’s complicated… and gets even more so

Another allegation is that DJI “facilitated the export of items by China that aid repressive regimes around the world, contrary to US foreign policy interests.” That’s a little more clear-cut. But it would be good to know where those drones have been shipped. At the moment, it’s just a statement. If the company has been selling to North Korea, for example, that fact should be laid out.

The reason we feel the need to raise this is because, though it was not widely publicized, we’ve seen other human rights situations where DJI stepped up and did the right thing. When its drones were being used by ISIS to drop grenades and other small bombs in Syria, it tightened up the GeoFencing, or that’s our recollection, to make it more difficult to fly in the affected regions.

However. One of the other allegations leveled today seems, well, bizarre. It alleges that DJI has “enabled wide-scale human rights abuses within China through abusive genetic collection and analysis or high-technology surveillance.”

Perhaps it’s just that we’re stunned, or maybe even naive. But we’re finding it hard to wrap our heads around, even in a Communist country, how or why a drone technology company would be involved in “abusive genetic collection.” If it is, absolutely place DJI on the list. But this is an accusation that’s really crying out for an explanation.

We heard earlier today from a cybersecurity specialist who is deeply plugged into the China situation and understands the work carried out by those in the US intelligence sector. Samm Sacks is also completely up to speed on the Xinjiang situation.

In a memo she sent to clients, she provides an overview of why companies were placed on this list:

The majority of the Chinese entities on the list have had known clear links to China’s defense industry for years, including civilian universities and commercial companies engaged in dual-use technology acquisition programs for “spin-on” transfer to the military. In many ways, then, the list is a long time in the making, and reflects years of analysis by seasoned intelligence community analysts connecting the dots on the methodologies through which these Chinese entities overtly or covertly acquire US technology to support China’s defense industrial base.

And DJI in particular?

The addition of the Chinese dronemaker DJI is notable because it is yet another sign of the way in which the Entity List has expanded as a tool to go after companies tied to human rights abuses. DJI made a solid case that it does not pose a national security risk to the United States through multiple US-government initiated third-party audits that found that DJI drones do not collect data (if set to certain modes on consumer devices or in the US government edition). Instead, DJI’s alleged ties to Chinese government security services in Xinjiang is likely behind their Entity List designation. The move follows earlier tranches of Chinese companies added to the Entity List due to their ties to Xinjiang (in October 2019 and June and July 2020). Since the incoming Biden team is likely going to take a hardline approach on human rights in China, it is unlikely that they will seek to reverse course.

Where will this go from here?

If the company is engaging in the actions alleged, it obviously deserves to remain on the list until such actions cease. It also deserves the right to fully respond to the allegations, and we’re hoping for a more complete statement Monday.

And down the road? Companies do come off the list, if they satisfy the department that they have ceased to engage in activities it feels are contrary to US policies and security. If things don’t change, they remain on the list.

And for the world’s largest drone maker — and the industry at large — that’s very, very significant.