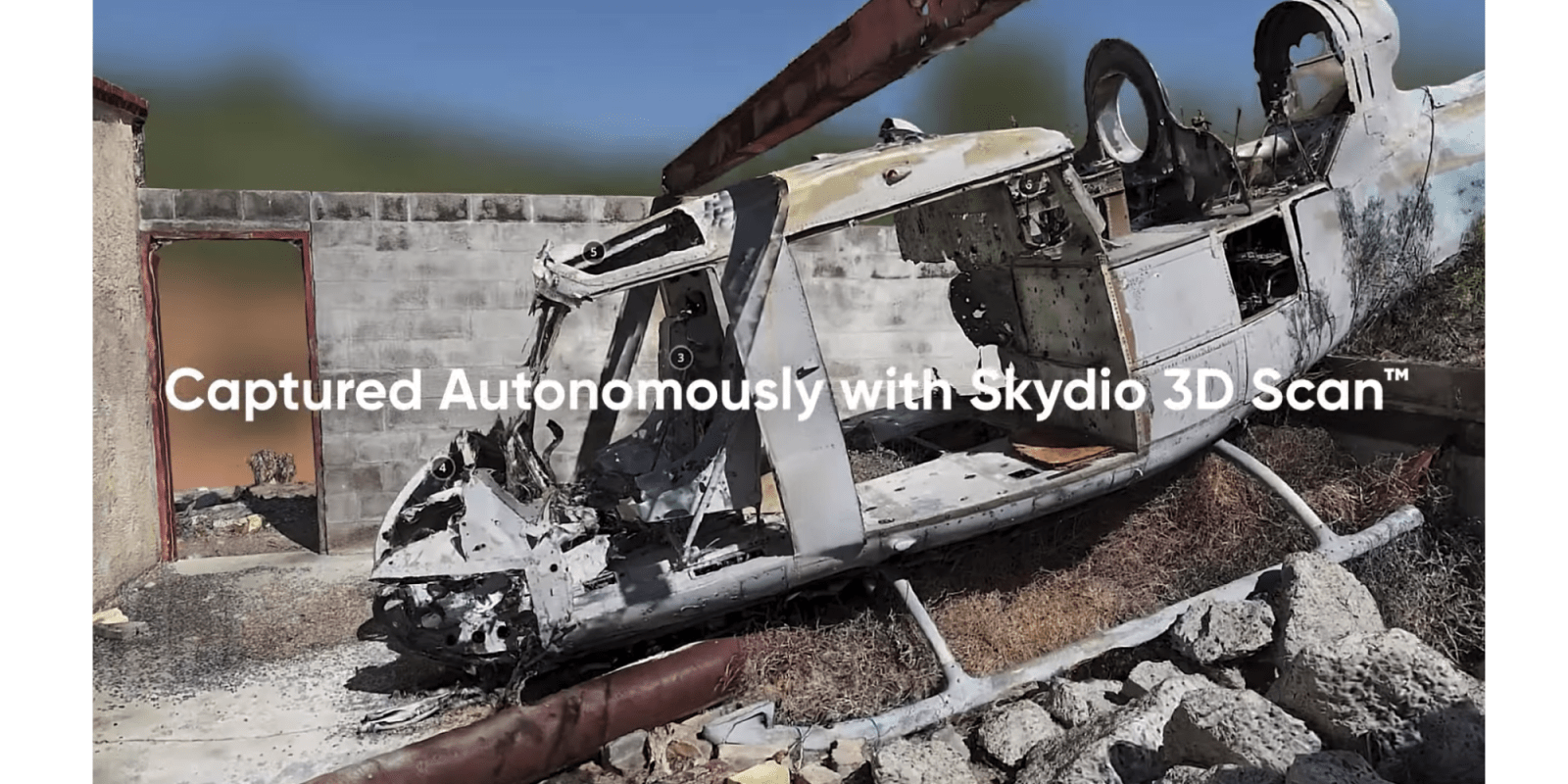 US-based Skydio has been giving us glimpses of the capabilities of its 3D Scan software. Used in conjunction with the company’s drones, the results we’ve seen are very impressive.

For several years now, drones have proven themselves to be invaluable tools for inspection. Whether it’s the top of a smokestack, high-power transmission lines, or other objects, they can carry out these tasks more easily and quickly than more conventional methods. Drones made by a variety of companies can do this. Generally, they rely on software and sometimes extensive pre-flight programming to designate the parameters of the object you want scanned. Even so, some structures can pose difficulties due to interference, structural complexity, or surfaces that are above the drone and inaccessible to its camera or LiDAR sensor.

Skydio believes its forthcoming 3D Scan software, in conjunction with its drones, will be a game-changer for this process. And it’s starting to share examples.

Scanning something accurately in 3D space requires a lot of moving parts to come together. The drone must gather images from multiple – sometimes hundreds – of different locations. The drone has to know where to position itself for each shot, capture an image, then move to the next location. Ultimately, all of that data is then stitched together to produce a 3D model. There are specialists who are really good at this, but there’s a significant amount of learning involved.

Plus, there are locations and structures that present formidable challenges – such as flying underneath a bridge while avoiding any obstructions such as girder work.

During a recent webinar, Skydio discussed its 3D Scan software. It works with the Skydio 2 and Skydio X2 series of drones.

One of the key advantages of the 3D Scan software, says Skydio, is not just its power. Think instead of its simplicity. Because of the Skydio’s AI and pretty phenomenal obstacle avoidance, the operator doesn’t need a deep knowledge of waypoint plotting. Quite simply, they can draw a polygon around the object of interest and press Go.

“We’re not giving the drone a bunch of commands and having it follow them,” explained Guillaume Delépine, Skydio’s product marketing manager. “The drone is thinking.”

In other words, the drone and software work together to calculate what shots need to be taken and from what position in space. The pair also figure out if it’s necessary to scan structures that are above the drone, how to navigate through complex structures, and more.

If you’re wondering what that looks like in real life, check out this video. This was captured in 45 minutes of flying time and turned into the 3D model you’re about to see using ContextCapture from Bentley Systems. Just before we get to that, there’s a good explanation of some of what’s happening here on the Skydio blog:

The 3D Scan Adaptive Mapping algorithms help the drone iteratively design a structure-specific 3D scanning path, and follow it with full obstacle avoidance engaged. The Skydio autonomously explores and models the structure as it flies, and then automatically executes an image capture plan that provides efficient and complete coverage. As a result, the drone can capture imagery up close, from multiple angles, of every point in the pilot-specified scan volume. On this structure, it is clear how the drone designs a unique pattern for the subject at hand, enabling the generation of a spectacular 3D model. The flight pattern closely hugs the structure, allowing operators to cordon off a much smaller area than they would if trying to scan the scene with a drone requiring longer standoff distances.

Check it out. Pretty impressive and incredibly detailed:

It’s this kind of technology – and these kinds of results – that the company’s Mauricio Barra, senior director of enterprise product marketing calls “a paradigm shift.”

At Skydio we’re all about embedding AI into our systems so that we can ultimately implement complete obstacle avoidance. We can now start embedding entire workflows to get the drone to complete the entire process that used to have to be done manually.

Well, that helicopter scan is pretty impressive. We don’t always agree with Skydio’s marketing that all other drones are “manual” by comparison (given that many drones routinely carry out automated missions using a combination of software and hardware). But we do agree that Skydio’s AI and build, in conjunction with 3D Scan, appears to be something pretty special.

We’re hoping to get a chance to take it for a test drive someday. And we look forward to reporting more on this software.