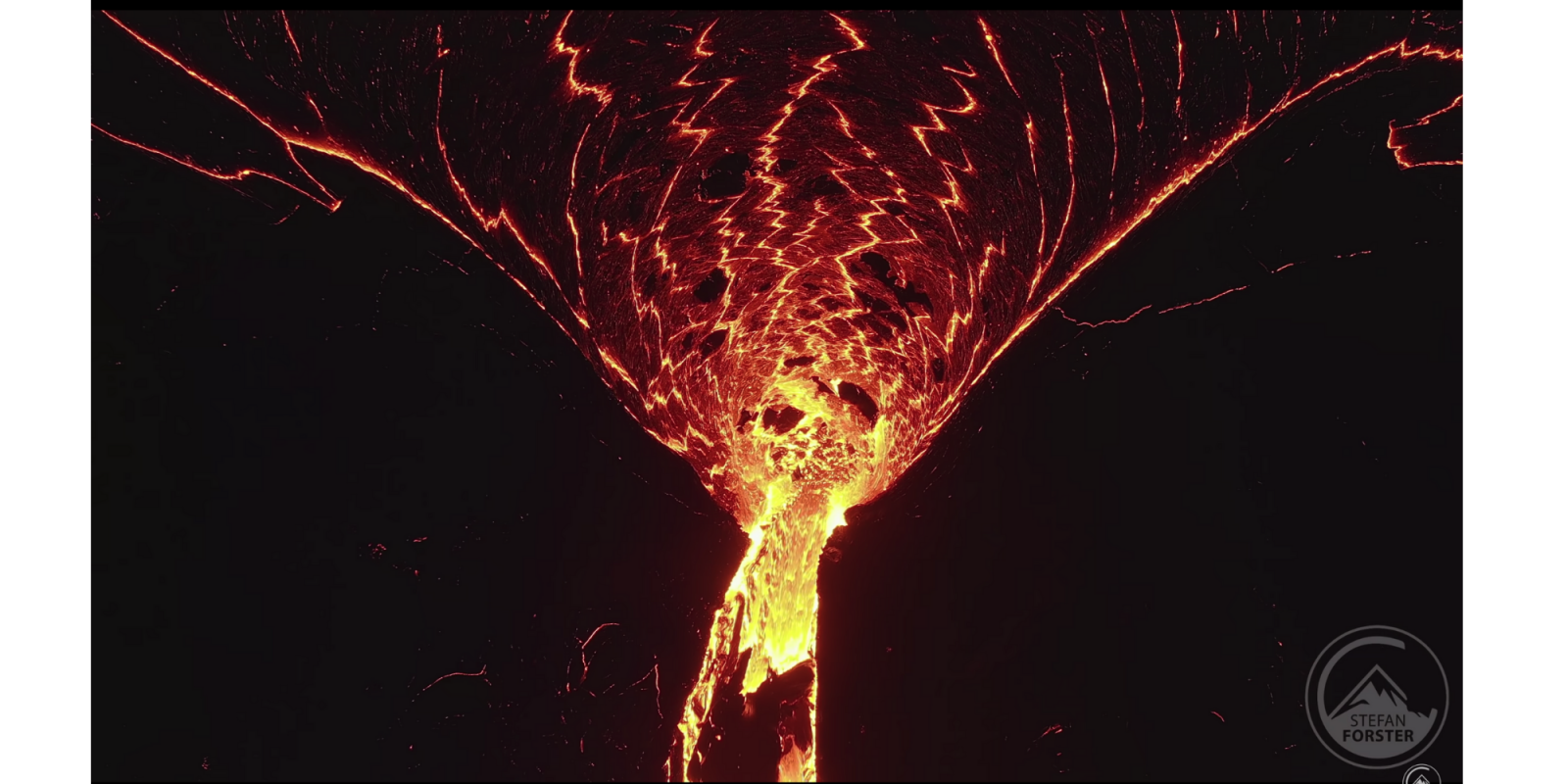 Recently, we told you the story of the Mavic 2 Pro that somehow managed to limp back to the pilot after being partially melted, sizzled, and scorched while flying close to the mouth of the erupting volcano in Iceland. That drone was one of three being piloted over several days by Swiss aerial cinematographer and landscape photographer Stefan Forster.

Look. If you had one shot, or one opportunity, to seize everything you ever wanted in one moment… Would you capture it? Or just let it slip? Apologies to Eminem, but we thought of those lyrics when pondering the achievement of Stefan Forster. When the volcano in Iceland started roiling, Forster saw a moment he wanted to capture. And he seized it.

When we look at what goes into a drone video, it’s generally a few things:

Plus, or course, the editing and post-production work. Color-grading, music – the whole enchilada. And with the volcano video Stefan Forster has pulled together, all of these come together beautifully. Stefan offers, on his YouTube channel, some of the background info on this shoot:

After weeks of thousands of earthquakes on the peninsula of Reykjanes in Iceland on March 19, 2021, the ground opened up and the lava reached the surface. The volcano of GELDINGADALIR at the FAGRADALSFJALLI was born. Right after I heard from the eruption I flew to Iceland waited for the end of my quarantine and then I spent several days and nights at the volcano. It was such an incredible adventure. Every day the volcano looked completely different.

Because this video is incredible:

And that melted drone?

Just to refresh your memory, here’s what it looked like:

And here’s what Stefan has to say about how it happened.

For this footage I brought 3 Mavic 2 Pro drones with me. One was “sacrificed” for the very close-up shots. As those flights through the lava spray were pure luck and the drones records the footage internally I recorded the screen of my remote control that in case of losing it I would at least have the final shots saved on my mobile phone. But this lucky bee survived to the very end. The drone is completely melted from the outside and there are so many malfunctions and errors that it’s funny to fly – BUT it still flies and captures photos and videos.

Hats off to Stefan for recognizing this opportunity and seizing it. This footage – and this edit – are absolutely incredible. And, we have to say, we’re pretty impressed that Mavic 2 Pro still flies.