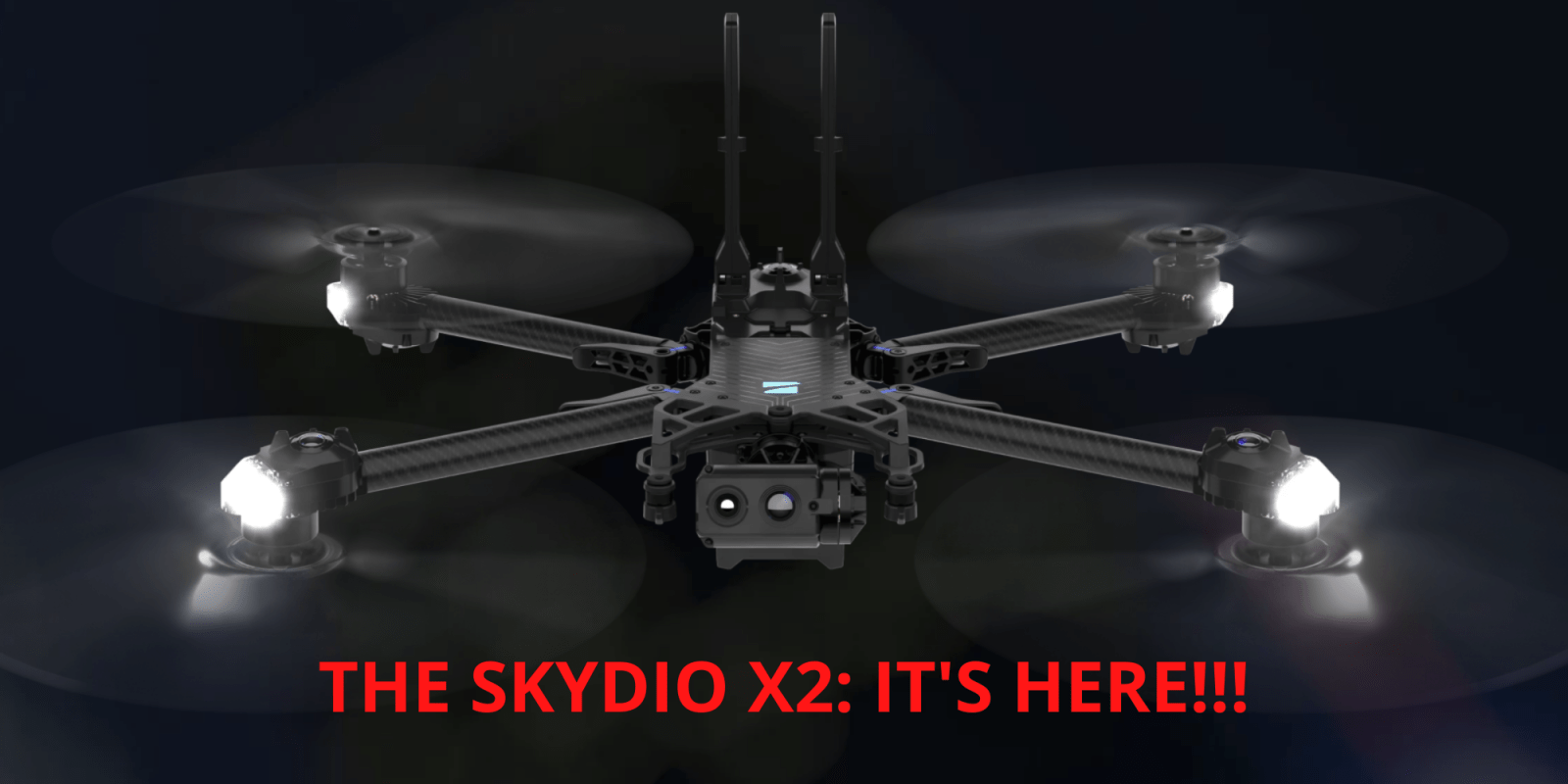 The largest drone company in the United States that sells to consumers, Skydio, has announced it will commence shipping its X2 series drones. These machines are purpose-built for Enterprise/First Responders and the military – and are suitable for rugged deployment scenarios where enhanced capabilities are desired. Skydio also has news on the software side of things.

Skydio has carved out quite a name for itself already – and the company is only going to grow. Its products are known for their outstanding obstacle avoidance, built-in AI that works exceedingly well, and their ability to autonomously carry out highly complex scans without any pilot input beyond the initial setup. Skydio drones, which use a vision-based system, are also pretty much impervious to interference that might bring a rapid end to missions using other products. The FAA has already granted some BVLOS waivers for the Skydio 2, a signal the regulator feels comfortable that the technology onboard is capable of carrying out such operations consistently and with minimal risk.

So Skydio is doing well. And now, much anticipated new drones are going to hit the marketplace.

We wrote about these drone when they were first announced last year. They caught a significant amount of buzz at the time. Skydio also released a pretty slick video outlining the features:

As you perhaps noted in that video, the Skydio X2 drones come equipped with a thermal sensor as well as an RGB camera. But Skydio also announced that a new X2 configuration will be released, outfitted with a wide-angle lens for close proximity inspection work.

The Skydio X2 actually comes in two flavors: The X2D for defense and federal agencies, and the X2E for Enterprises, civilian agencies and First Responders. Both feature a folding frame with carbon arms, as well as 360° obstacle avoidance and a pretty slick 360° display option for quick situational awareness. The X2 series starts at $10,999 and ships with the new Skydio Enterprise Controller.

Like all products in the Skydio family, the X2 series of drones map their surroundings as they fly. These machines are scanning constantly, using six 4K cameras in addition to their main payload sensors. This Skydio GIF gives you a pretty good idea of what the drone “sees” during a mission:

All of the X2 series of drones have the following features in common. We’re taking this info directly from Skydio’s news release:

One of the big value-added features coming from Skydio is its 3D Scan software. This powerful software allows a pilot to quickly identify a volume they’d like scanned – anything from a helicopter to the underside of a bridge through to a complex cellular tower. Once that volume has been identified, it’s literally a single tap and the drone will figure things out on its own, calculating the number of photos it must take, and from what positions, in order to build a complete, high-resolution scan.

The software is still in beta, but some of what we’ve seen is really impressive.

And there is. Skydio is also today launching Skydio Cloud, which the company describes as “a suite of advanced cloud services and robust APIs that unlock the power of drones for use at scale.” Here’s more from Todd Graetz, BNSF Railway’s director of RPA/UAS:

Since our effort’s founding in 2014, drones have become an important part of our operations, and being able to leverage Skydio’s autonomous flight capabilities is a key part of safe deployment. Skydio X2’s combination of autonomy with dual color/thermal sensor, longer flight time and extended wireless range will help us conduct aerial inspections more efficiently and with greater detail than ever before. Furthermore, we have been testing Skydio Cloud as part of the early access program and we are excited by the prospect of managing our vehicles, closely tracking our usage metrics and operating our distributed fleet.

Skydio Cloud unlocks the power of drones for organizational use at scale. It provides a foundation for connected flight operations, providing tight integration between hardware and cloud-based software, and unlocks a broad ecosystem of new partner solutions via an open API. Bridging the drone industry’s hardware-software gap, our flight operations will be truly connected to a platform that will enable users to quickly collect the data they need, to effectively search through it, and to easily share it throughout their organization.

Skydio has some big plans around 3D Scan, and a major upcoming event is planned June 2 for a demonstration and announcement. If you’re interested, you can register here for the event.